The organizers of the Tokyo Olympic Games announced plans Monday for issuing refunds on tickets to the men's and women's marathons, which were relocated to the northern city of Sapporo over fears about extreme heat in the Japanese capital in August.

Citing concerns for athlete safety, the International Olympic Committee announced its decision to move the marathon and race walk events last October, following the commencement of ticket sales via lottery to Japanese residents.

The organizers sent an email notification to marathon ticket buyers Monday outlining the method for full or partial refunds. 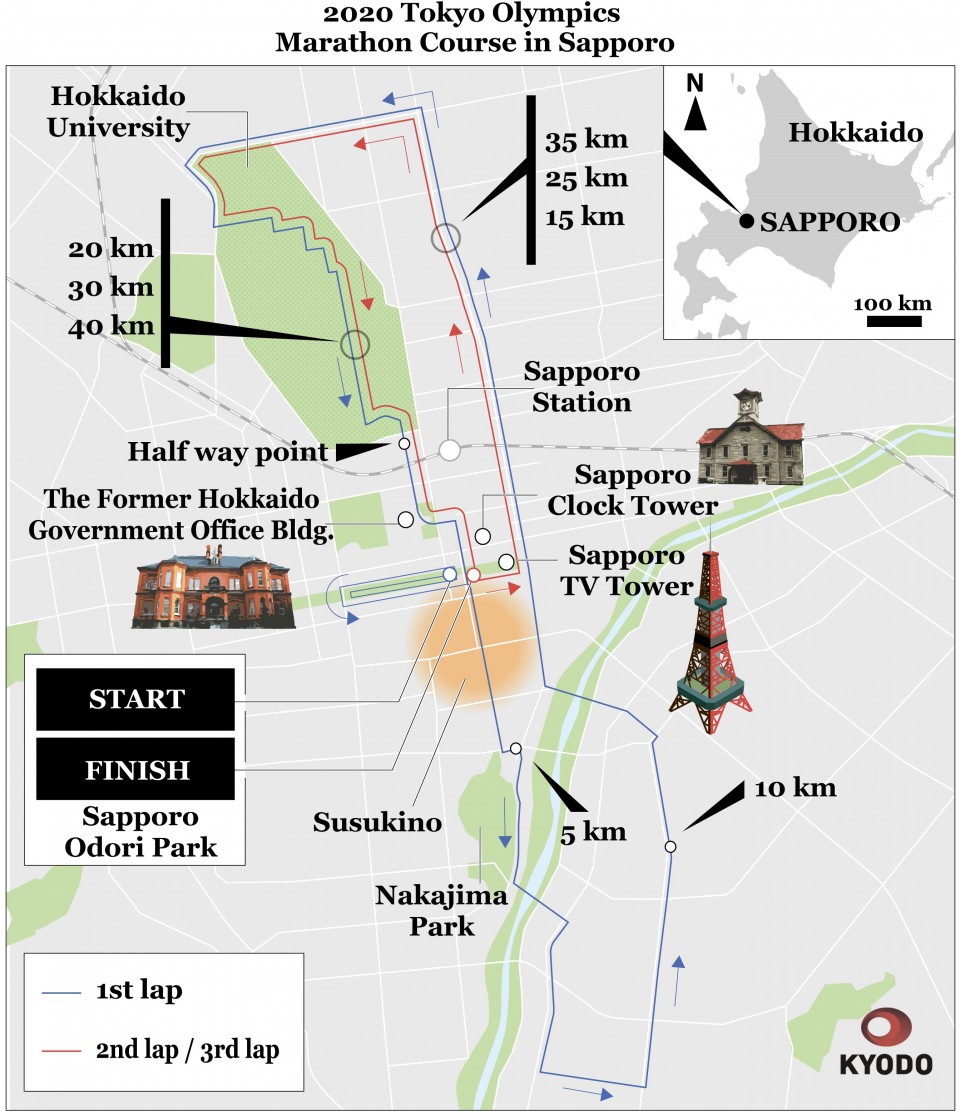 Those who bought ticket bundles including the women's marathon can opt for a full refund or a partial refund covering the portion of the price deemed equivalent to entry for the single event.

For example, those who bought A-level tickets priced at 30,000 yen can opt for a 5,000 yen refund, bringing the entry price to the other bundled events to a total of 25,000 yen.

The marathon and race walk events, starting and finishing at Odori Park in central Sapporo, will take place over the last four days of the July 24 to Aug. 9 games.