Supermarkets and drugstores in Japan have experienced shortages of toilet paper on jitters the product will follow face masks in selling out amid the spread of coronavirus in the country.

The "panic buying" on Friday came despite an industry body's request for people to stay calm.

"As we have sufficient supplies, there will be no shortages of toilet paper as long as panic-buying ceases," said Kazuhiro Goda, a director of the Japan Tissue Industry Association.

At a drugstore in Tokyo's Chuo Ward, toilet paper initially stocked on shelves was gone shortly after the opening Friday. The shelves were cleared again within five minutes after restocking around noon, according to a sales staffer. 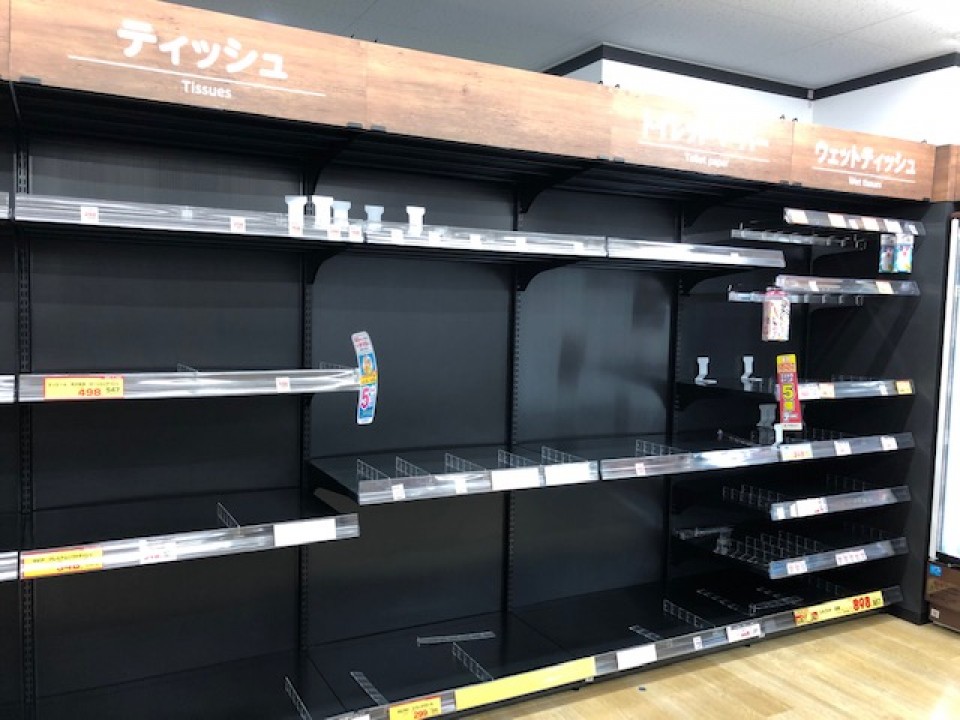 Motohiro Tanaka, a customer at the store, visited three nearby drugstores and a supermarket, only to come up empty-handed.

"I feel as though I was thrown into an endless quest for the everyday item, after the mask frenzy," he said.

According to a Tokyo-based drugstore chain operator, the sell-out emerged late Thursday at its stores around the capital. The company suspects it was sparked by posts on the internet.

The industry body said it seemingly started with social network posts depicting empty shelves at a shop in Kumamoto Prefecture, southwestern Japan, circulated since around Thursday.

"While the shop in the photo may have run out of stock temporarily, it's not true that toilet paper supplies in the country are scarce," said Goda.

Efforts to calm the situation aside, many people on Twitter posted pictures showing empty shelves at stores.

One Twitter post said, "Buying up toilet paper. That's so typically Japanese." Another said, "Who spread the hoax that toilet paper will be out of stock? It's troublesome for those really in need." 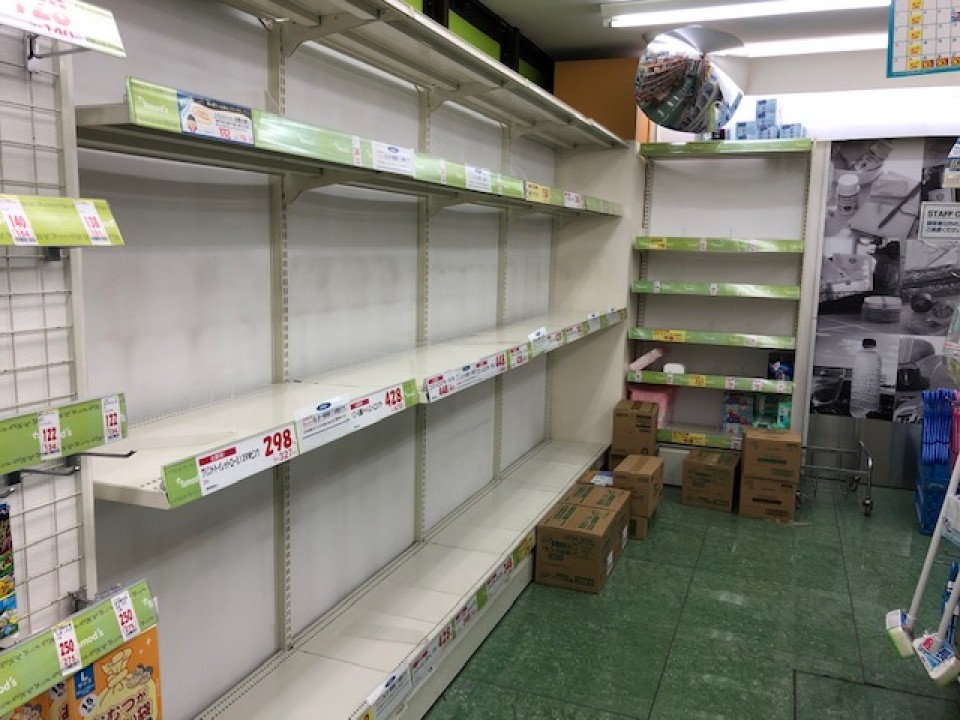 According to the industry body, imported toilet paper accounts for only about 2 percent of domestic use.

Japan has undergone toilet paper panic in the past during times of disasters and world events. Notable cases were the oil crises in the 1970s, which were driven by fears production would be halted due to a tight oil supply and a spike in crude prices.

More recently, store shelves were cleared of toilet paper, among other items, following the devastating earthquake and tsunami in northeastern Japan in March 2011.