The Japanese government will advise residents in areas where the number of people infected with a coronavirus originating in Wuhan notably increases to stay home, as part of its guideline for measures to prevent further spreading of the strain, sources close to the matter said Monday.

Under the guideline to be announced Tuesday, the government will ask people to avoid large gatherings as much as possible as the next two weeks will be critical in preventing an outbreak of the pneumonia-causing virus in Japan where 850 people, including 691 from a virus-hit cruise ship Diamond Princess, have tested positive, the sources said. 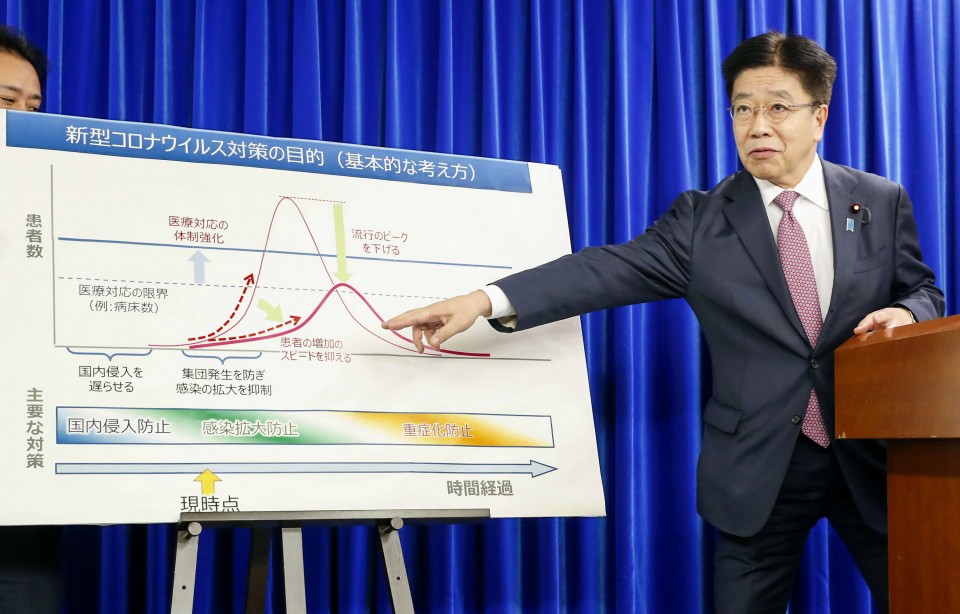 If infections show a notable increase in a certain area, the government will ask residents in that area to refrain from going out. Until now, the health authorities have focused on monitoring the health conditions of people who had close contact with an infected person as a way of preventing the virus's spread, the sources said.

The government will ask hospitals in such an area to accept infected patients even if they are not institutions designated to treat infectious diseases, they said.