Japan launched Sunday a rocket carrying a government intelligence-gathering satellite which was successfully placed into orbit after the previous takeoff attempt was scrubbed due to a glitch during the countdown.

The H2A rocket, operated by Mitsubishi Heavy Industries Ltd. and the Japan Aerospace Exploration Agency, lifted off from the Tanegashima Space Center in the southwestern prefecture of Kagoshima at 10:34 a.m.

It is the 35th time in a row that an H2A rocket has been launched successfully. 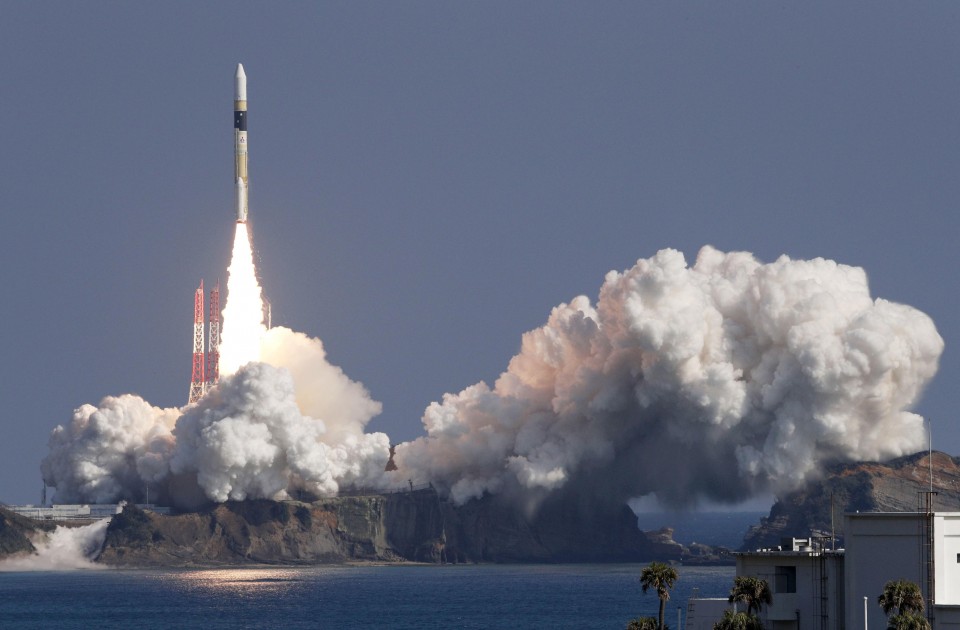 The launch, previously set for Jan. 28, was pushed back due to a leak in piping used to supply the rocket with nitrogen gas.

The optical satellite will take over from one of seven reconnaissance satellites believed to be monitoring developments at North Korean missile sites, among other tasks.

Japan operates two types of reconnaissance satellite -- optical satellites that take photos of the ground using a device similar to a digital camera, and radar satellites that can capture images in the dark as well as in poor weather conditions.

The government currently operates five radar and two optical satellites and aims to have a total of 10 in the future.