Two-time defending Olympic champion Yuzuru Hanyu broke new ground to an old tune on Friday when he took the lead at the Four Continents Championship with a world record score in the men's short program.

Hanyu scored 111.82 points as he took to the ice to the accompaniment of Chopin's Ballade No. 1, the music he used for his short program at the Pyeongchang Olympics and just returned to at this competition. 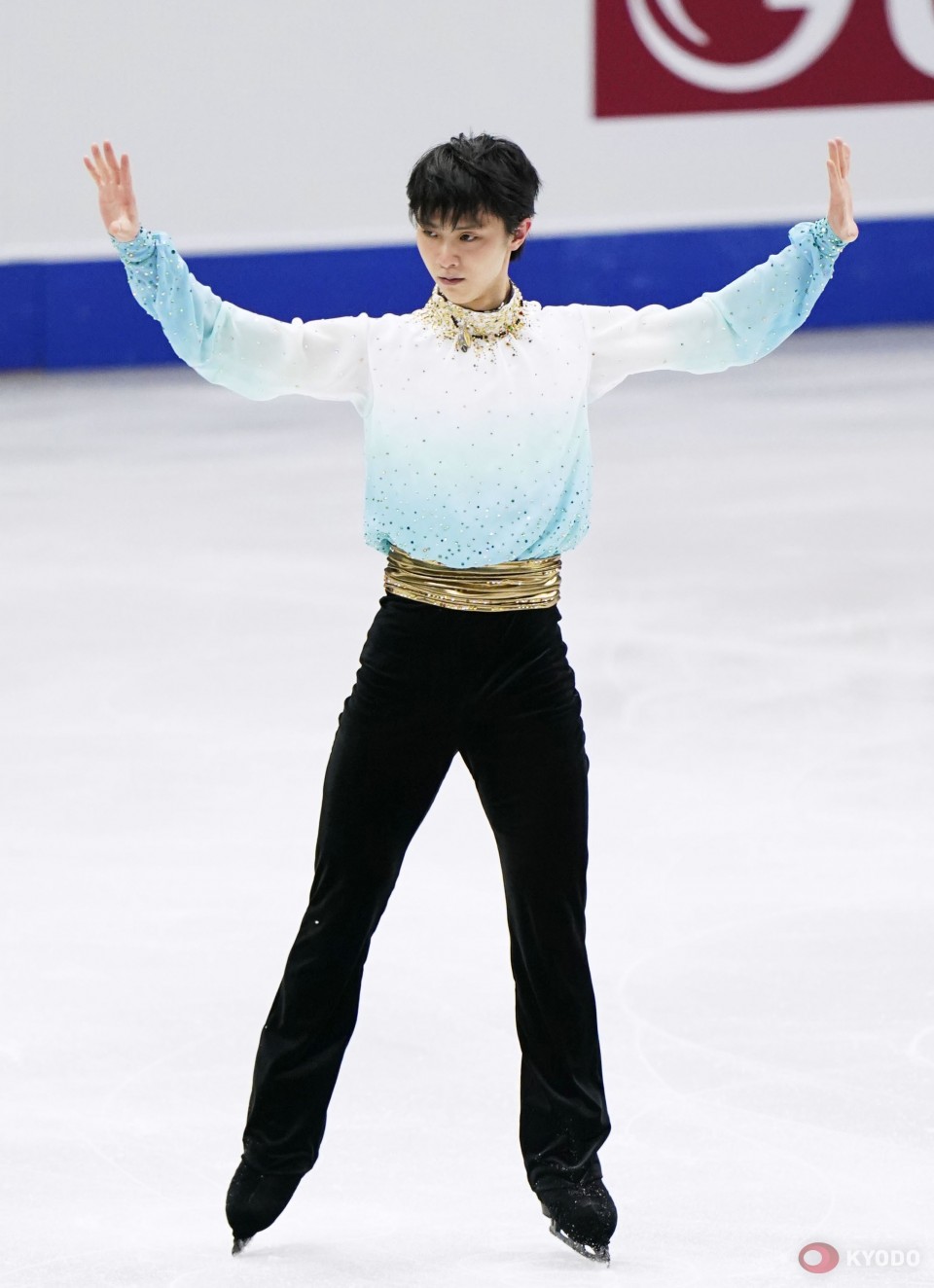 China's Jin Boyang was second with 95.83, while American Jason Brown was third with 94.71.

"It feels like it was the first time I've been able to skate without thinking in a long time," Hanyu said. "I was able to really enjoy myself again. I so wanted to deliver a good performance, and the crowd responded."

"Of all the times I've skated to Ballade No. 1, this was the best."

Following his program, the rink was littered with so many stuffed dolls that Hanyu appeared compelled to help the young skaters scoop them from the ice for the next skater. 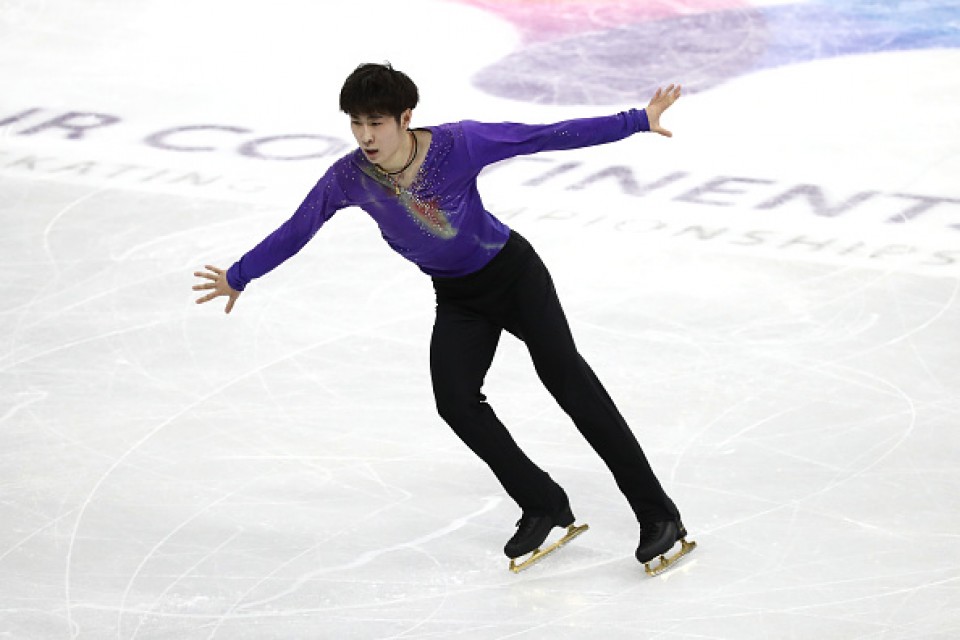 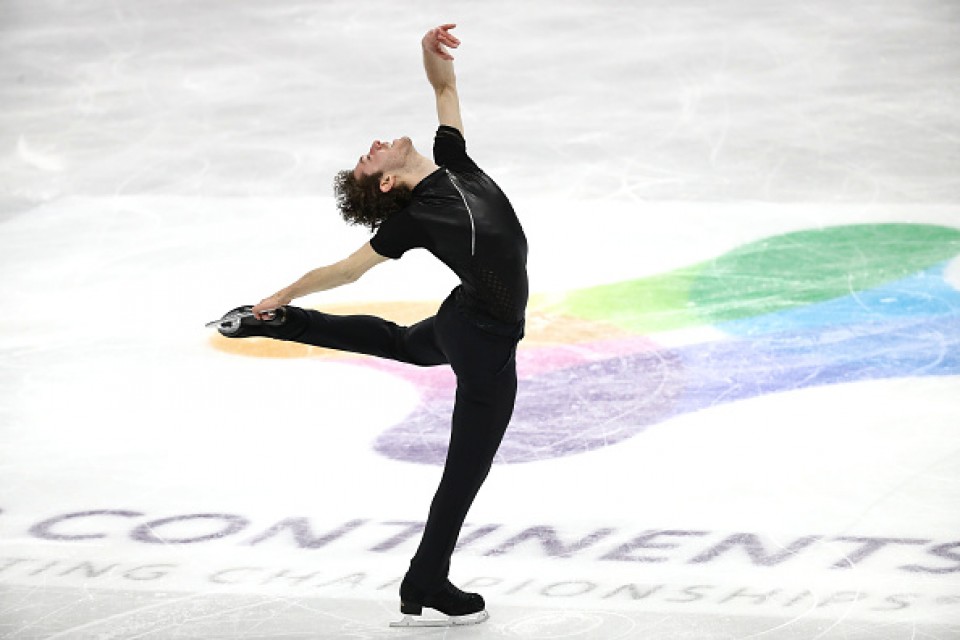 Japan's Yuma Kagiyama marked his senior international debut with a career-best 91.61. The 16-year-old, whose father competed for Japan in figure skating at the 1992 and 1994 Winter Olympics, recently won the 2020 Winter Youth Olympics men's championship.

In December, the younger Kagiyama was third at Japan's national championships.

"My short program hasn't been that good this year, so I went for broke. I'm glad I could skate a clean routine," Kagiyama said. "I came in as an underdog, so I wasn't nervous." 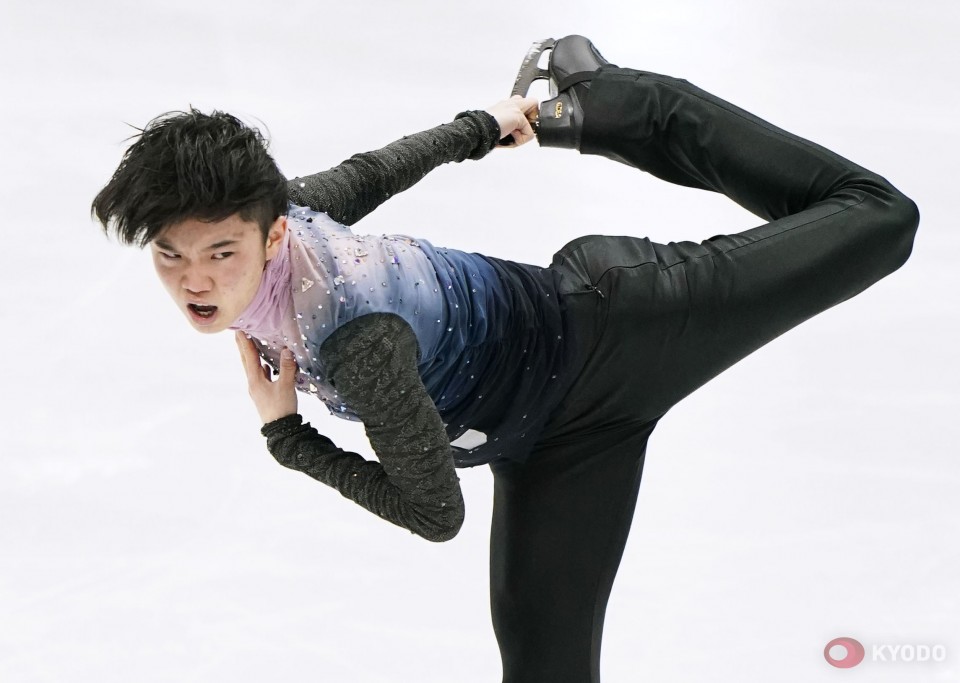 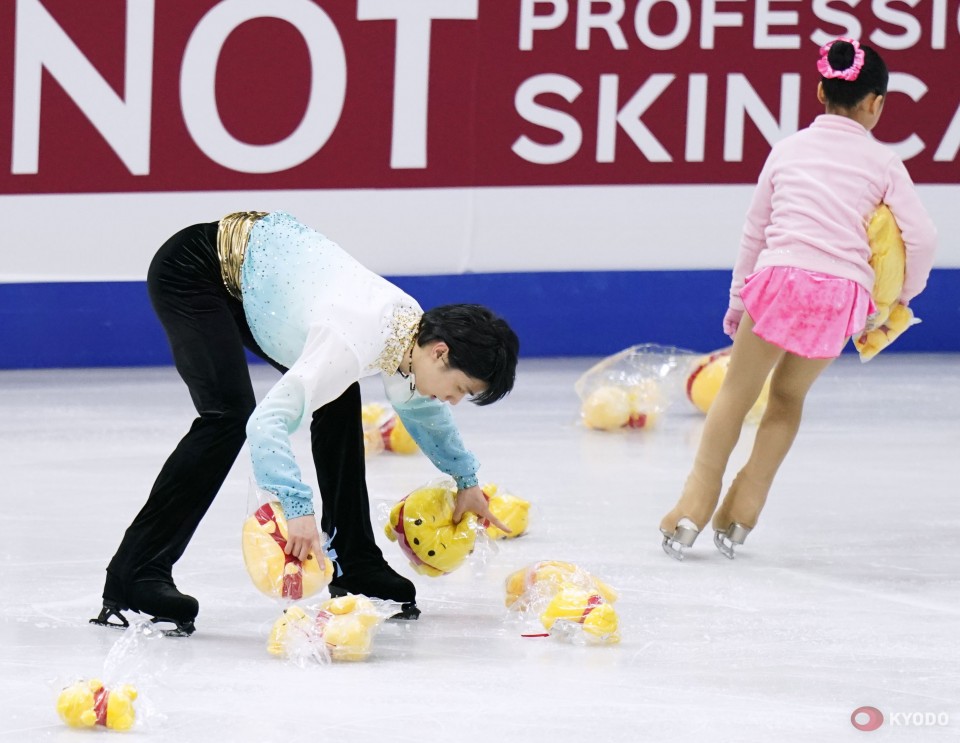