Nepal, home to eight of the world's 14 highest peaks, will in April hold an inaugural forum aimed at steering global discourse on climate change toward the Himalayas, according to Foreign Minister Pradeep Gyawali.

In an exclusive interview Saturday with Kyodo News, Gyawali said the first edition of the Sagarmatha Dialogue will take place April 2 to 4, gathering 250 people, including experts and heads of state and government, from some 40 countries in Kathmandu. Sagarmatha is the Nepali name for Mt. Everest, the world's tallest mountain.

"Mountains are not at the center of (climate change) discussions," Gyawali said at his official residence in Kathmandu. 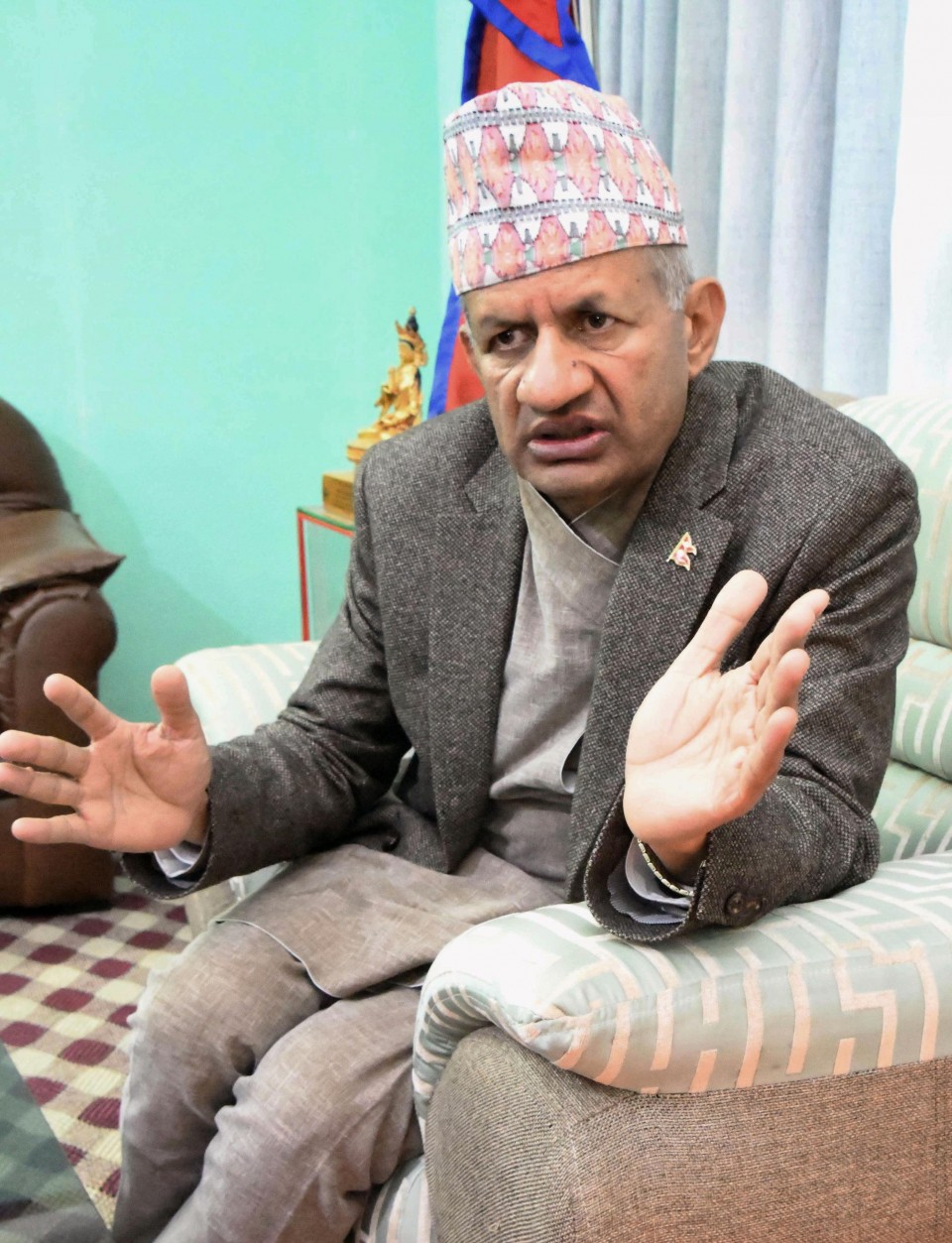 "Even if global warming stays at 1.5 C, it will mean warming of mountains by 2 C to 2.5 C," he said, stressing the need to bring the focus to the mountains.

The Intergovernmental Panel on Climate Change, an intergovernmental body of the United Nations, has recommended limiting global warming to 1.5 C above pre-industrial levels.

Meanwhile, a report by the Nepal-based International Centre for Integrated Mountain Development last year warned that such a rise in temperature would wipe out two-thirds of the region's glaciers by 2100, leading to a significant rise in sea levels.

"If we want to stop sea levels from rising and coastal settlements from being submerged, we must stop the melting of snow," Gyawali said.

In August last year, Nepal's Cabinet endorsed a proposal to hold the Sagarmatha Dialogue in view of severe climate incidents in the country of late.

In March last year, Nepal witnessed its first ever tornado. Rapid changes in rain patterns have affected the country's agriculture.

"Though we were aware and were feeling the impacts of climate change in the past, it has now sped up at an alarming rate," he said.

The minister cited difficulties people in the plains area of Nepal are experiencing to access groundwater through boring and how alarmed trekking guides are at the rapidity at which snow is receding in high-altitude areas.

Gyawali said Nepal expects the event, to be held every two years, to bring together both coastal and mountain nations to fight climate change and to build green economies.

Nepal is endowed with hydropower resources allowing it to generate up to 40,000 megawatts of electricity.

It has already taken some concrete steps toward becoming a green economy. The customs duty for electric vehicles imported into the country stands at a maximum of 10 percent while the same for fossil fuel vehicles is a whopping 240 percent.

Also, the state-owned electricity distribution monopoly has revised electricity tariffs in such a way that those who consume more electricity end up paying less per unit.

"We will gradually replace fossil fuel vehicles with electric vehicles. For cooking purposes, we will replace the use of cooking gas with electricity," Gyawali said.

Additionally, Nepal will introduce 300 electric buses in Kathmandu this year, he said.

The minister, who previously held the tourism portfolio, lamented the withdrawal of the United States from climate change negotiations under Washington's current administration.

"Withdrawal of some big powers from the climate agenda is ironic. It is a matter of worry and concern," he said, expressing hope that the decision will be reversed in the near future.

Invitations have been sent out to experts and officials in the United States.

"Even if this takes time, the rest of the nations should join forces and do what we can," he said.

Nepal plans to pledge new initiatives to reduce emissions at the Sagarmatha Dialogue, which will double as a platform for outreach with many nations with which Nepal shares little in common except the global peril of climate change.