A hat-trick of tries from man-of-the-match Tevita Li lifted Suntory Sungoliath to a 40-14 bonus-point victory over winless NEC Green Rockets on Saturday.

The 24-year-old wing from New Zealand opened the scoring in each half, crossing the chalk in the fifth minute and again in the 44th when he made it a 19-0 game. 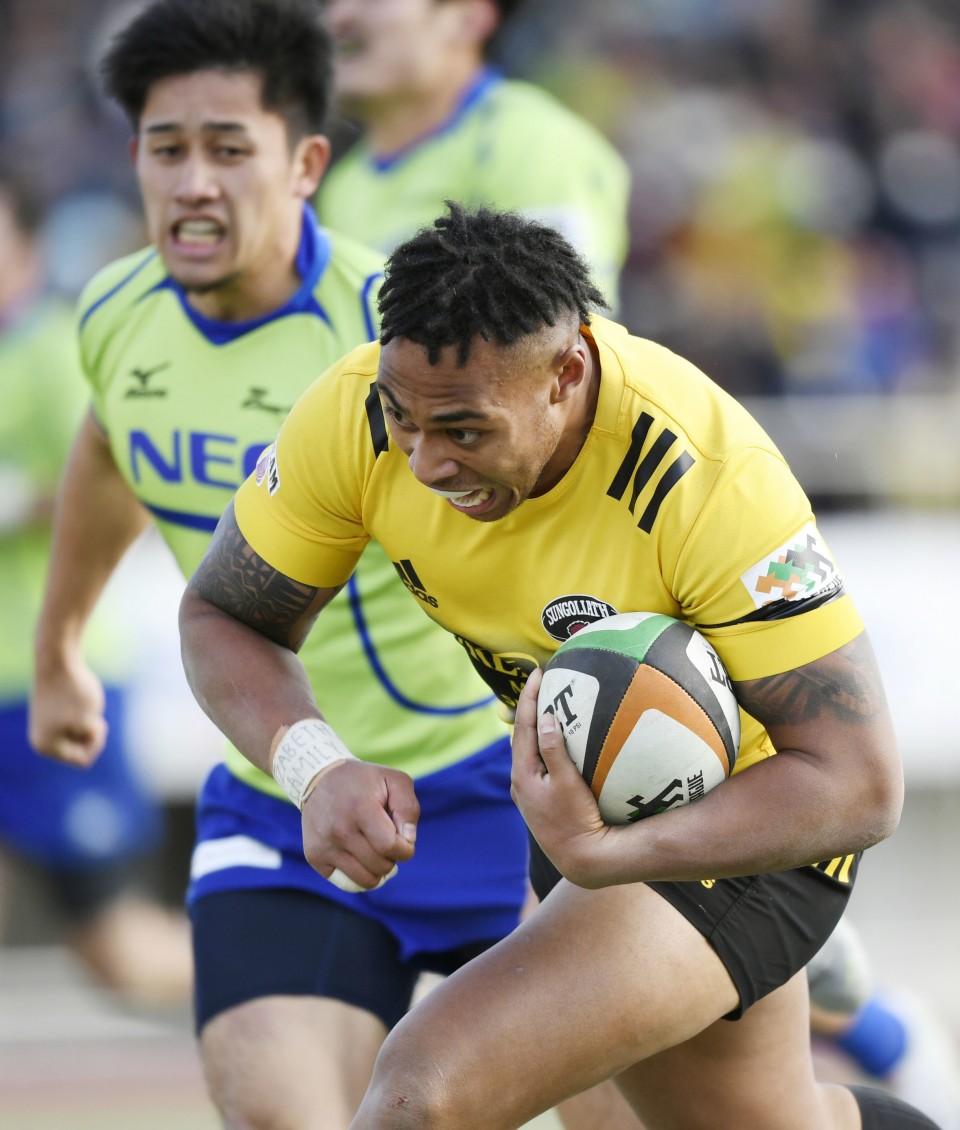 Li completed his hat-trick with his fifth try in four games in the 76th minute, and former Australia stalwart Matt Giteau kicked his fifth conversion to complete the scoring.

Neither team attempted a penalty goal in the game in front of 6,243 fans at Expo '70 Commemorative Stadium.

Yamaha Jubilo picked up their third win in an eight-try, 48-19 demolition of Hino Red Dolphins.

That game was followed at Nagoya's Paloma Mizuho Rugby Stadium by hometown side Toyota Verblitz's 58-29 win over Honda Heat, in which New Zealand-born wing Jamie Henry scored his sixth and seventh tries of the season.