A number of train stations in Tokyo will conduct anti-terrorism inspections during the Olympics and Paralympics using sniffer dogs and body scanners, sources familiar with the matter said Monday.

The transport ministry will revise a related law to allow railway firms to prohibit passengers from entering a train if they refuse baggage inspections, they said. The specific train stations where the procedures will be held are not yet known.

East Japan Railway Co. and Central Japan Railway Co. will provide sniffer dogs in hubs such as Tokyo Station during the Olympics and Paralympics, while detection systems for hazardous goods are to be placed around ticket gates in some subway stations. 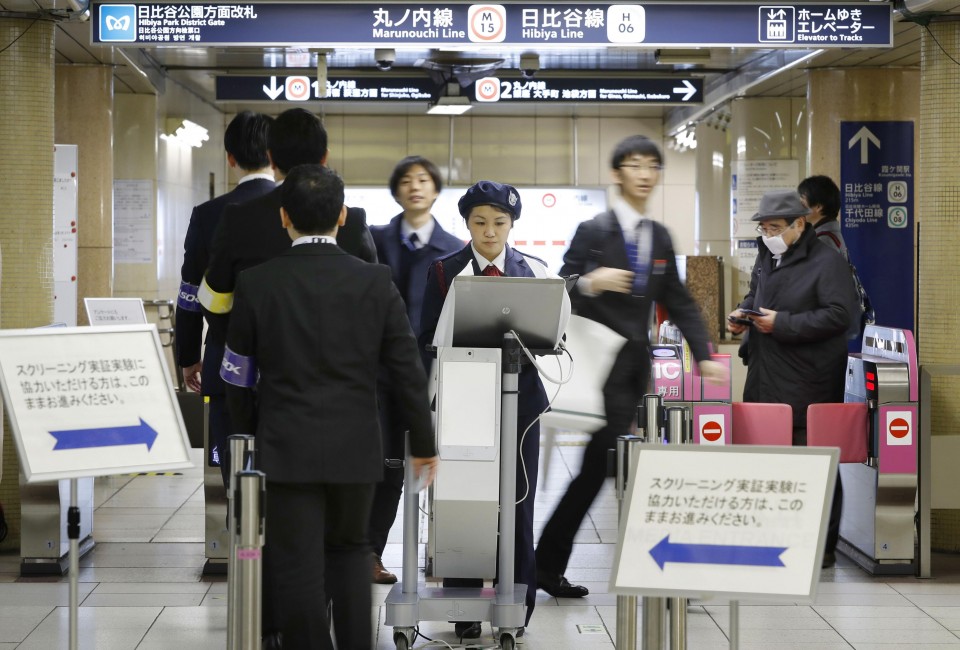 Inspections of personal belongings at train stations in Japan have only been seen at the station at Narita airport, whose construction met with fierce local protests following its planning stage in the 1960s.

Railway companies had been opposed to conducting inspections, arguing that, unlike airports, doing so would significantly compromise convenience.

Operators can deny passengers only if they are carrying sharp-edged tools that are not wrapped or explosives.

Some firms already have policies that allow both the inspection of suspicious objects and the ability to deny passengers entry if they refuse to be inspected. However, a judgement of reasonable suspicion based only on visual evidence is often difficult to make.

The Ministry Land, Infrastructure, Transport and Tourism has been looking to improve railway security measures ever since a fatal stabbing on a shinkansen bullet train in June 2018.

The ministry has placed body scanners and sniffer dogs in some stations in Tokyo on a trial basis.