Baseball: Shohei Ohtani treating 3rd MLB season like any other

In his third season with the Los Angeles Angels, two-way star Shohei Ohtani seems to have found a way to steer clear of the media hype around the when's and how's of his comeback from injury.

On Wednesday, when Angels pitchers and catchers reported for spring training, the 25-year-old Japanese kept his composure despite being the center of attention in the batting cage and on the field at Tempe Diablo Stadium just south of Phoenix.

"This year is no different from the rest," Ohtani told reporters. "I want to work hard so that I can get back in the rotation again."

Ohtani took swings off a tee and played catch, making 50 throws during practice. 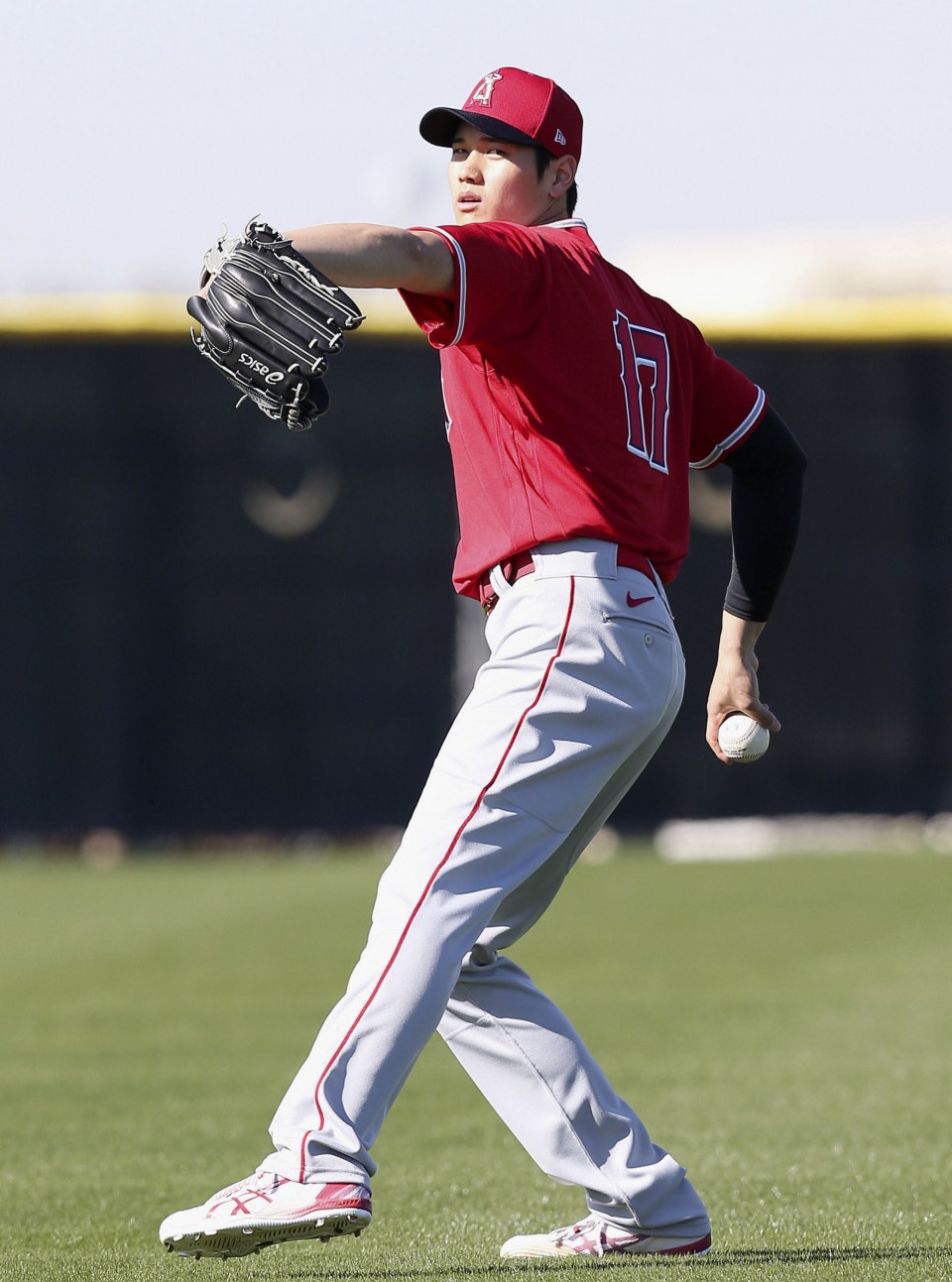 Ohtani admitted the performance anxiety is there as he has not faced live hitters since he underwent reconstructive elbow surgery in October 2018 and surgery on his left knee last September, but he knew his confidence would not come back overnight.

He may still have work to do before he gets back on the major league mound but said his preparations on the offensive side are on track.

"I wasn't able to lift weights or run so much last season. Considering that, I can do so much more and I'm happy with all that I've been able to do during the offseason."

Because he had "nothing better to do" after his season-ending knee surgery, Ohtani said he got his driver's license while rehabbing.

Now back in the driver's seat, Ohtani is hoping he can return to the game and show off his two-way talents in 2020.

"It's good (I started spring training in my two-way role). I'll keep this up with more and more intense practices," he said.

Ohtani is scheduled to open the season as the team's designated hitter and start pitching again in May.