As the coronavirus outbreak sends people on city-wide quests to find a store stocking face masks, the government and manufacturers have seemingly failed in their response to the crisis, fueling concern that shortages will continue for some time.

"That was not an announcement from us," a source from an industry body, the Japan Hygiene Products Industry Association, said recently, referring to Prime Minister Shinzo Abe's pledge to ensure 600 million masks will be made available in Japan every month. 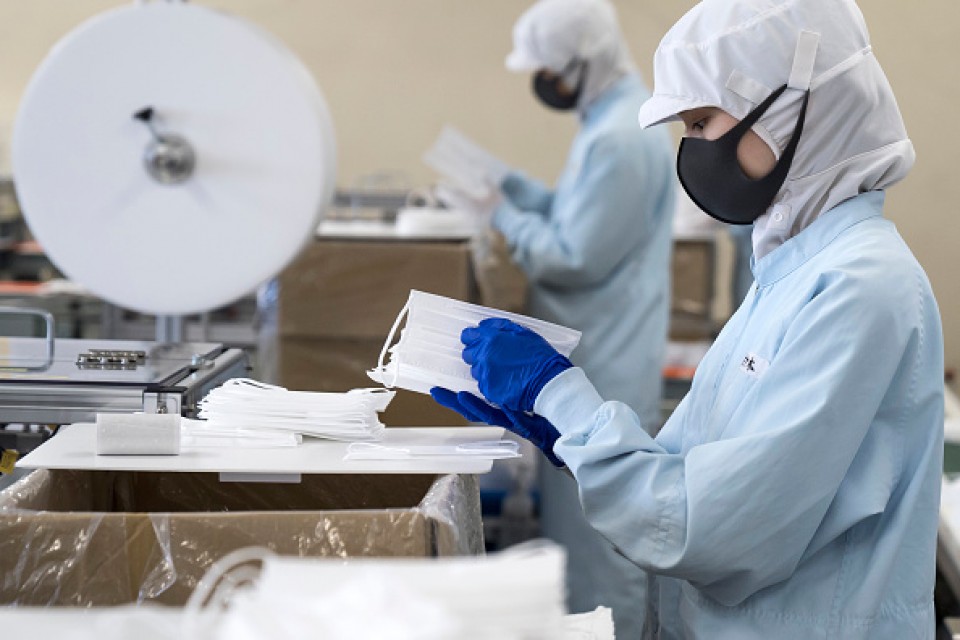 (Employees inspect disposable face masks on the production line of the Yokoi Co. Ltd. factory in Nagoya on Feb. 6, 2020.)[Getty/Kyodo]

In fiscal 2018 through March last year, domestic companies produced 1.1 billion masks and imported 4.4 billion more, including those from China.

Facing widespread shortages and intense demand, the companies have been forced to increase their output with imports cut due to the disruption of supply chains.

The companies have run their plants around the clock since late January and have boosted production to around 400 million masks a month, a figure still short of the government target.

"It's not easy for a company to decide to install new production lines to meet the government's request because no one knows when the coronavirus outbreak will end," an official from a healthcare product manufacturer said, requesting anonymity.

The official went on to underscore that it would require unsustainable levels of investment to expand production capacity for what is likely a rare spike in demand.

The government said this month it will provide subsidies of up to 30 million yen ($270,000) for mask makers that move to invest in boosting production. 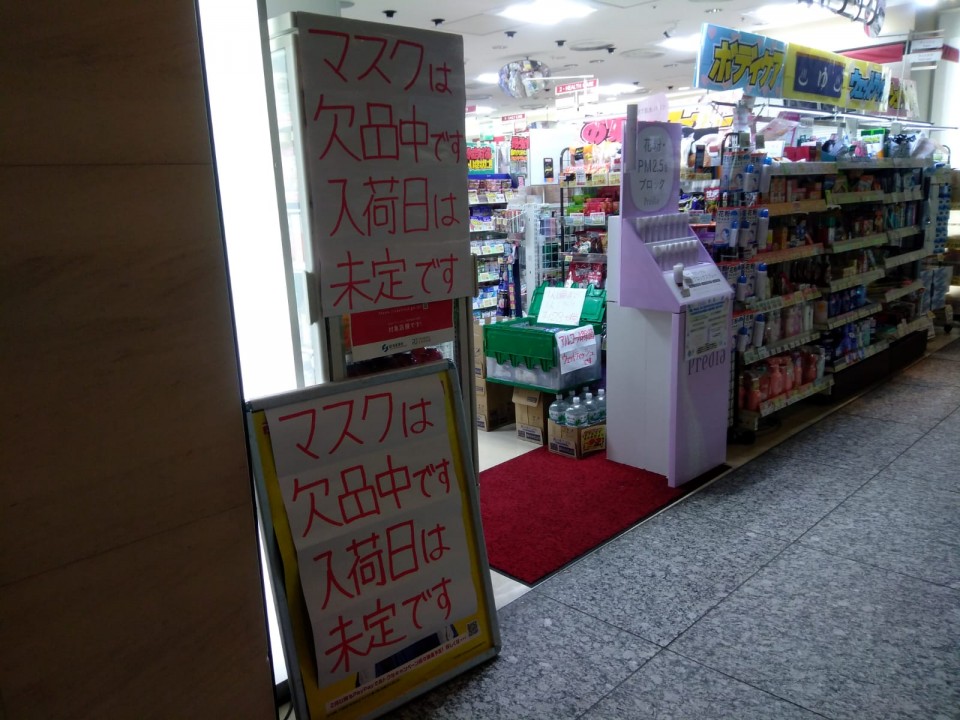 (A pharmacy in Tokyo with a sign saying face masks sold out.)

Abe also said Wednesday, "The government will take responsibility" in case of oversupply and build stockpiles to prepare for future emergencies.

Japan had stockpiled 1 billion masks by late January but "they were all sold out in the first week of February," said Takahisa Takahara, president of Unicharm Corp.

The sense of crisis deepened as the government increasingly confirmed infections among Japanese citizens evacuated from the Chinese city of Wuhan and passengers who were on the virus-plagued Diamond Princess, a cruise ship that was quarantined near Tokyo.

Despite the increased production, many mask makers are pessimistic about their ability to meet surging demand any time soon.

"We cannot say when we will be able to supply enough products to consumers as long as virus infections (keep spreading)," said the anonymous healthcare product company representative.

Shinya Takahashi, a public relations official from the hygiene products industry association, echoed the view. "It is very difficult to precisely assess the current need for face masks in this confusion."

Many pharmacies around Japan have posted notices reading "Masks sold out, yet to restock," on their front doors. Even when they have some masks come in, many said they run out in less than an hour even with a one-packet-per-customer rule.

"I haven't been able to get a single mask for weeks," said Sae Yamagami as she exited a central Tokyo drugstore early this week. While the viral contagion escalates in Japan, she has been unable to get her hands on masks for two weeks.

"The government tells us to take measures so as to minimize the outbreak, but how can we protect ourselves without such essential products?" she said.

The government is trying to ease public tensions over face mask shortages while asking people to use towels and other items as a substitute to prevent transmission through sneezes or coughs.

"In crowded places, particularly in indoor areas with poor air circulation including public transport, it may serve as a prevention measure," the Economy, Trade and Industry Ministry said on its website.

"But while outdoors, as long as it is not extremely crowded, wearing a mask will probably have a limited effect in preventing infection."