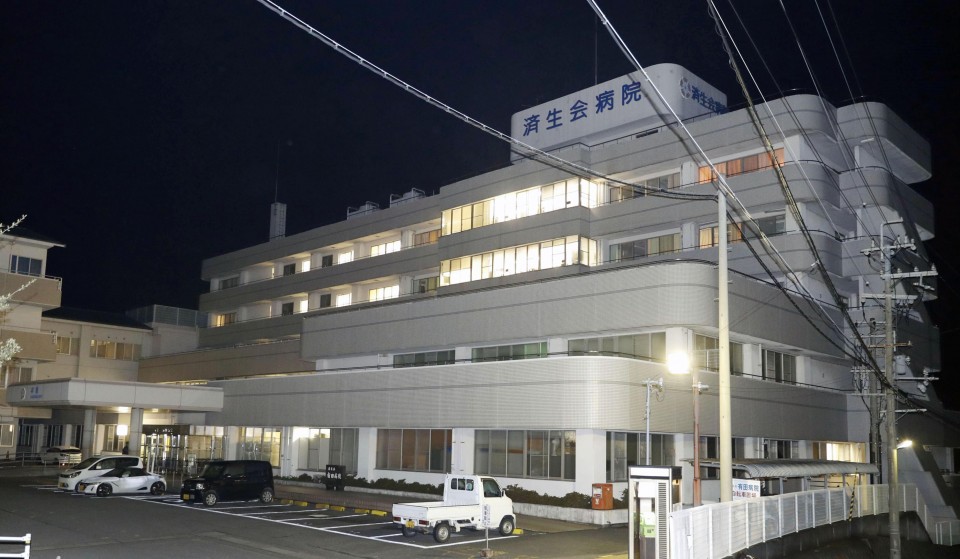 (Saiseikai Arida Hospital in Yuasa, Wakayama Prefecture, where a surgeon infected with the new coronavirus has been working.)

TOKYO - Infections of a new coronavirus originating in Wuhan further spread in Japan among people with no direct connections to China as new cases were reported in Tokyo, Aichi, Hokkaido and Okinawa on Friday.

The latest cases in Tokyo and Hokkaido involved people with no recent travel history to China and came on the heels of Japan's first coronavirus death -- that of a woman in her 80s in Kanagawa Prefecture, whose son-in-law, a taxi driver, was also found to be infected with the virus.

The Tokyo metropolitan government said two additional people in Tokyo who have tested positive for the virus had been in close contact with the taxi driver, with both hospitalized but not in serious condition.

One was a worker on a traditional "yakatabune" roofed party boat on which the taxi driver attended a New Year's party held Jan. 18 with his wife, while the other did not attend the party but is a staffer of a taxi union the driver belongs to, the Tokyo government said.

The boat worker had also previously come into contact with travelers from China's Hubei Province, it said.

The government will carry out tests on some 100 people, including around 80 party attendees, who came into close contact with the taxi driver. Around 10 have so far complained of a fever and other symptoms, it said.

So far, more than 250 people in Japan -- 218 of whom are passengers and crew from a cruise ship quarantined in Yokohama -- have been found to be infected with the pneumonia-causing virus.

While health minister Katsunobu Kato said there is "no reason for changing the government position that it has yet to reach a state of epidemic in Japan," infection of a Hokkaido resident in his 50s with no recent history of traveling abroad has been confirmed, the Hokkaido government said. The man is being treated at a hospital where he remains in serious condition. 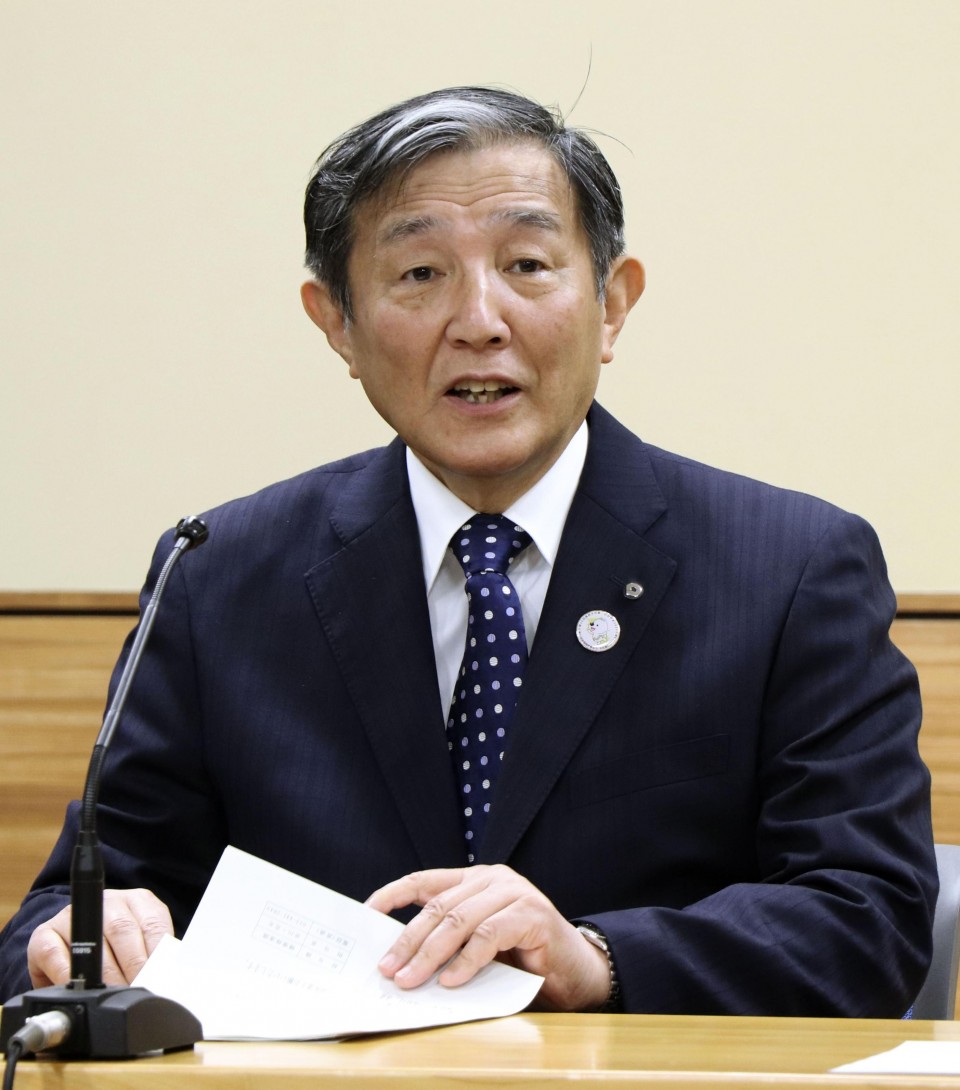 In Nagoya, Aichi Prefecture, a man in his 60s who recently returned from a trip to Hawaii has tested positive for the coronavirus, the city government said. He has not visited China recently.

In cases reported Thursday in the western prefecture of Wakayama, a route of contraction is not known, either.

A man in his 70s who was treated at a hospital in Wakayama where a doctor was confirmed to have been infected with the virus has also tested positive for it, local officials said Friday, adding that the two apparently never had any contact.

Wakayama Gov. Yoshinobu Nisaka said, however, he does not think infections are spreading inside the Saiseikai Arida Hospital in Yuasa, where the man, a farmer, was briefly hospitalized from last week.

A local government official warned that infections could be spreading outside of the medical facility as the man developed symptoms before he visited the hospital on Feb. 6.

The surgeon in his 50s at the hospital was confirmed Thursday to have become the first doctor in Japan to be infected with the virus that causes the disease now known as COVID-19.

The surgeon has not traveled overseas recently or had close contact with visitors from China.

The farmer, whose infection with the virus was also confirmed Thursday, has developed severe pneumonia and is now being treated at a different medical facility, the prefectural government said.

A health-care center is working to confirm who has been in close contact with him, the local government said, adding it is currently unknown whether he recently traveled overseas.

Besides the surgeon and the farmer, another doctor and two patients at the hospital have developed pneumonia. One of the patients, a woman, has already tested negative for the virus, but local authorities say they will conduct a fresh test on her and also screen the doctor and the other patient.

Elsewhere in Japan, a female taxi driver in her 60s in Okinawa tested positive for the virus, becoming the first confirmed case of infection in the country's southernmost island prefecture or the Kyushu region, local authorities said.

The quarantined cruise ship Diamond Princess previously made a stop in Naha, the Okinawa Prefecture capital.

The driver is highly likely to have come into contact with someone on the vessel when it arrived on Feb. 1, the Okinawa government said.

Okinawa Gov. Denny Tamaki said Friday that the woman is currently being treated at a designated medical facility and is in a stable condition. 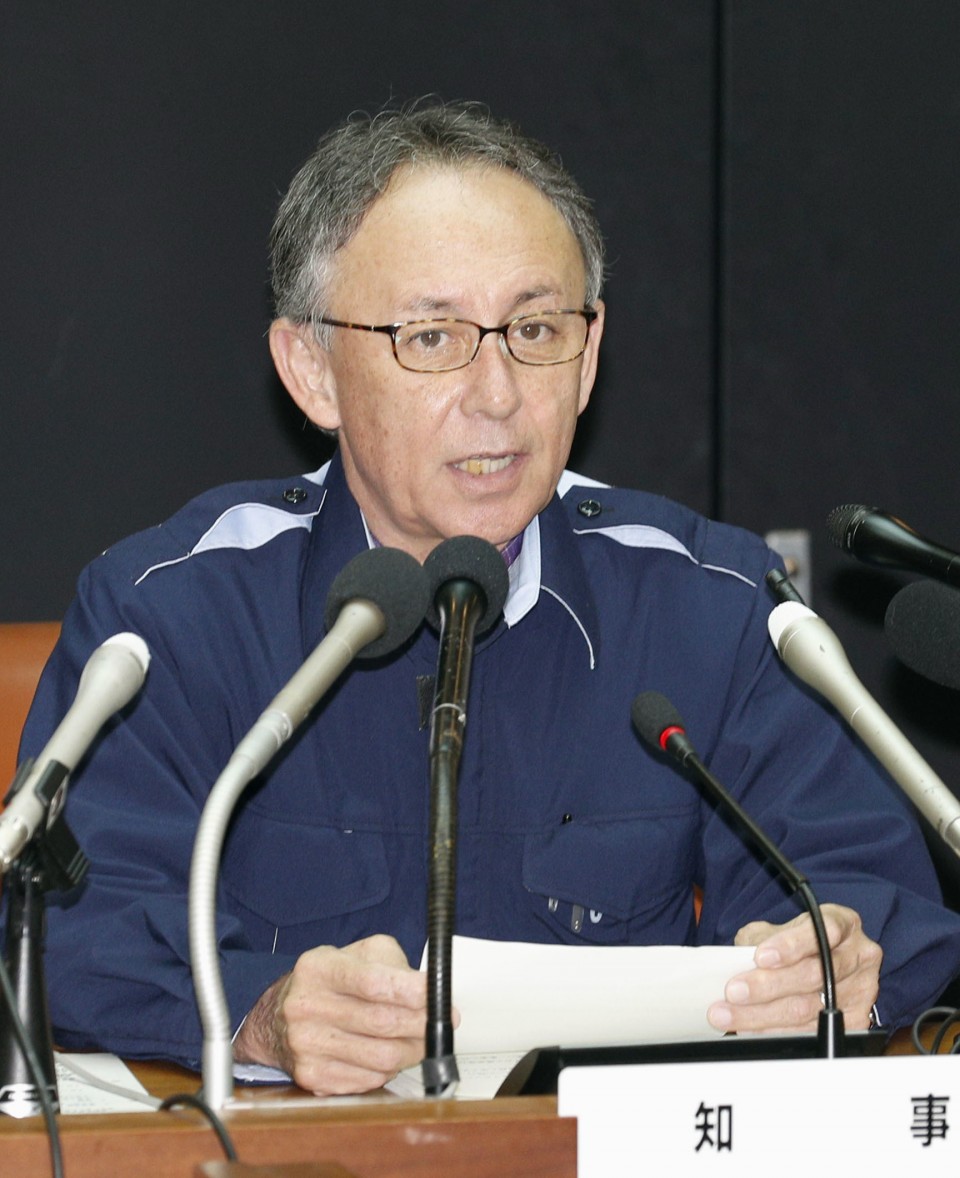 The health minister indicated the possibility of expanding the scope of screening, which is currently limited to people who have traveled to and from or have had exposure to people from China's Hubei and Zhejiang provinces.

Meanwhile, a group of Japanese nationals who evacuated from Wuhan on the second chartered aircraft sent to the Chinese city by the government amid the virus outbreak departed from state facilities where they have been staying since arriving in Tokyo on Jan. 30.

The 199 returnees all tested negative for the virus following a 12.5-day monitoring period. The first group of Wuhan evacuees left for home Thursday after undergoing the same procedures.

Among people brought back on the third charter flight on Jan. 31 and held under observation since, a woman in her 60s tested positive for the virus, the health ministry said. She has not shown any symptoms, it added.

The government has already sent four chartered planes and repatriated a total of 763 people from Wuhan and other areas of Hubei Province amid a wide-scale lockdown of the area.

It is planning to send a fifth plane on Sunday to bring home more Japanese and family members who wish to leave the city, Foreign Minister Toshimitsu Motegi said.

Some elderly passengers on the quarantined cruise ship docked in Yokohama, near Tokyo, disembarked from the vessel Friday afternoon and arrived at a state-run facility in Wako, Saitama Prefecture.

With those infected on the Diamond Princess having been taken to hospitals, about 3,400 passengers and crew remain quarantined on the ship. The health ministry had initially planned to keep all of them confined on the vessel until next Wednesday, when the monitoring period ends.

But it decided to allow those aged 80 and older who have pre-existing conditions or are staying inside cabins without windows, together with people traveling with them, to leave the ship after screening for infections.

The health ministry said later Friday that a Kanagawa government official who was supporting the transfer of infected passengers to hospitals has been confirmed to be infected with the coronavirus.

With the government scrambling to contain the virus, the Cabinet has decided to use 10.3 billion yen ($94 million) from Japan's reserve funds for measures to stem the outbreak.

Under a hastily compiled policy package worth 15.3 billion yen in total, the government will allocate most of the funds to meet emergency needs, ranging from developing rapid-test kits and a possible vaccine to enabling more hospitals to better treat symptoms caused by the virus.