The United States and South Korea are considering scaling back joint military exercises planned for the spring over the outbreak of a new coronavirus, Defense Secretary Mark Esper said Monday.

Esper, speaking at a joint press conference with his South Korean counterpart Jeong Kyeong Doo after their talks at the Pentagon, also said that South Korea should shoulder more of the costs of hosting the U.S. military. 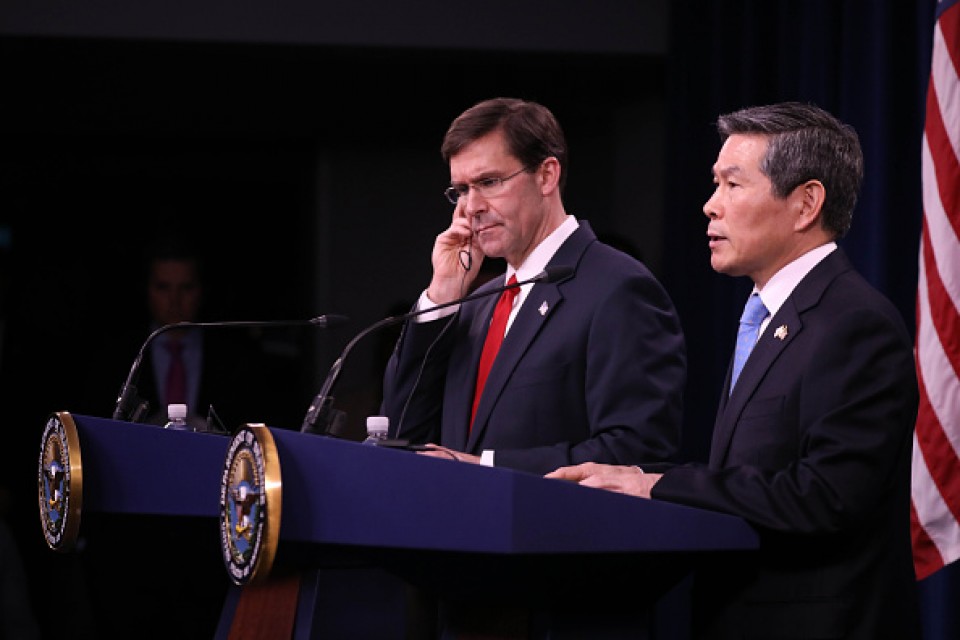 South Korea has been hit by a surge in virus infection cases in recent days. More than a dozen members of the South Korean military have also been infected.

The joint exercises, held every spring with North Korea in mind, have been criticized by the North. In late January, the North warned the planned exercises could bring the Korean Peninsula to a "grave confrontational stage."

Last spring's exercises were scaled back as the United States continued diplomatic engagement with North Korea.

On Monday at their talks, Esper and Jeong also reaffirmed plans to continue cooperation among the United States, South Korea and Japan on a range of issues, including intelligence-sharing and policy coordination.

Regarding the costs of hosting U.S. forces on South Korean soil, the U.S. government under President Donald Trump has pressed South Korea to shoulder a much greater share of the costs from 2020 on, but South Korea is reluctant to accept the demands.

The negotiations between the two countries have carried into this year, while leaving them without a bilateral accord on how the force-stationing costs should be shared.