The Tokyo Olympic organizing committee has assured athletes and fans there will be "absolutely no cancelation" of the 2020 Summer Games due to the coronavirus outbreak, but has yet to fully explain how it will use "every possible measure" to mitigate the threat.

With less than six months until the games kick off in Japan, the international community continues to struggle with the deadly virus, which originated in Wuhan, China, in December and causes pneumonia-like symptoms.

The World Health Organization declared the virus outbreak, which has hit China the hardest, a global health emergency last Thursday.

Tokyo organizers said they plan to focus countermeasures in two main areas: preventing infection within the organizing committee itself so preparations are not hindered, and preventing and responding to the possible infection of the world's top athletes during the games.

The local organizing committee announced Thursday it has established a task force to deal with the virus outbreak.

Specific measures, however, have yet to be revealed.

One organizing committee director mentioned that "health checks, such as measuring body temperature at entrances, can be done relatively easily" at venues with heavy spectator traffic, but did not provide further details. 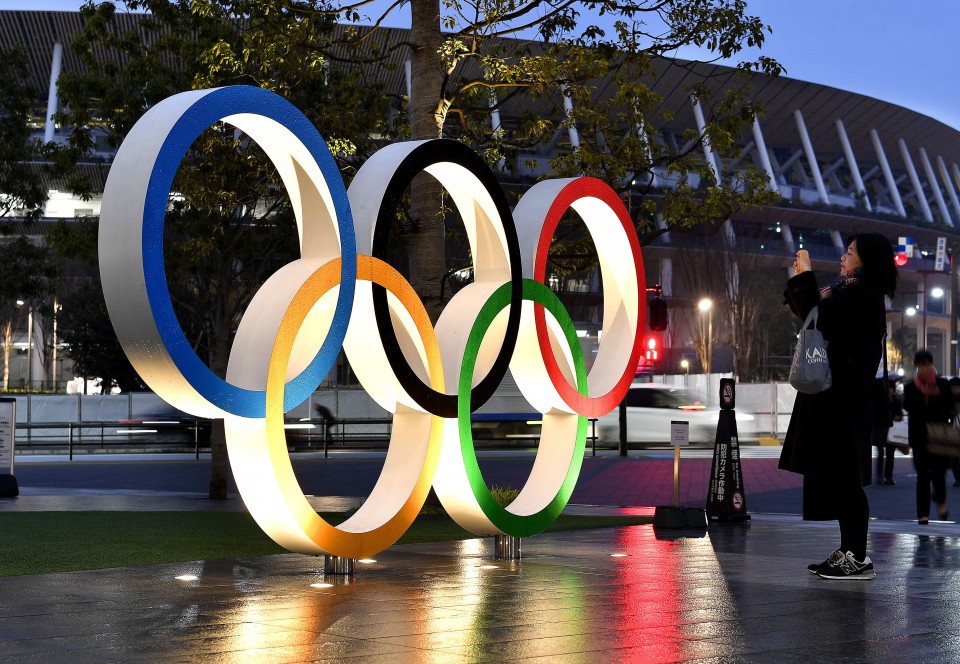 Last month, the International Olympic Committee announced it has teamed up with the WHO in monitoring the disease and reviewing countermeasures to aid "Tokyo 2020's plans to host a safe and secure games."

Prime Minister Shinzo Abe said Monday that Japan, which has confirmed 45 people have been infected since the start of the crisis, will also coordinate with the WHO and others "to make sure that preparations for the Olympics and Paralympics will proceed steadily without impact (from the outbreak)."

Gargling, washing hands and wearing masks have all been encouraged to prevent the further spread of the disease, but sports leaders remain skeptical of the efficacy of such countermeasures.

"It's not clear what works, and there's nothing more we can do," said one executive of the National Rifle Association of Japan.

The Japanese Olympic Committee has deferred to other institutions as to how Japanese athletes -- many of whom train at the National Training Center in Tokyo -- can avoid infection, saying it is "a judgment that requires expertise."

One of Tokyo's biggest concerns is preventing the spread of the virus inside the Olympic Village.

Saburo Kawabuchi, the mayor of the village, has said his "No. 1 worry is the new coronavirus" and pledged to do his "utmost to ensure a safe and secure athletes village."

"We can't predict at what point this will be over," Kawabuchi said. "Assuming the worst-case scenario, we will deal with it as guided by the International Olympic Committee and the games' organizing committee."

A number of international tournaments scheduled to take place in China this year have been postponed or relocated as the virus continues its spread, including Olympic qualifiers in women's soccer, women's basketball and boxing.

The virus has also resulted in athletes trying to restrict their contact with spectators due to fear of infection.