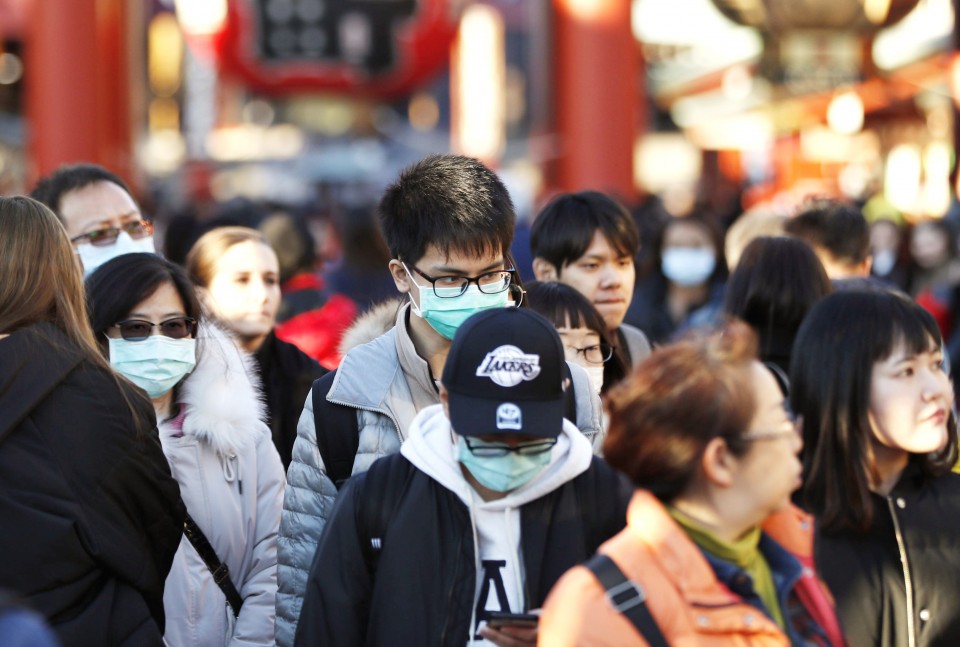 TOKYO - Three more Japanese who returned from Wuhan on government-chartered flights have tested positive for a new coronavirus originating in the central China city, the health ministry said Saturday, increasing the number of confirmed cases in the country to 20.

One of the three people, who returned home Friday, is not showing any symptoms of infection, according to the Ministry of Health, Labor and Welfare.

Japan has brought back over 560 nationals from Wuhan since Wednesday using three charter flights as thousands in China became infected with the virus and the death toll has topped 200.

As for the two others of the three returnees newly diagnosed with the coronavirus, one person who came back on the first flight Wednesday initially tested negative but an additional test discovered the infection, the ministry said.

All returnees from Wuhan, the epicenter of the viral outbreak, will be isolated for about two weeks at private and public lodging facilities.

Starting Saturday, Japan is barring foreign nationals who visited China's Hubei Province, of which Wuhan is the capital, in the two weeks prior to their arrival in Japan from entering the country as an additional precautionary step.

Also on Saturday, the government officially classified the virus as a designated infectious disease, enabling authorities to choose, among other measures, compulsory hospitalization when necessary. Taxpayers' money will cover the cost of treating such patients forced to stay in hospital.

Prime Minister Shinzo Abe instructed ministers earlier Saturday to come up with additional steps to respond to the outbreak.

Abe also stressed the need to make sure people across the country have access to necessary medical examinations and supplies, including masks, as cases of infections from the virus have been confirmed in various parts of Japan.

"I ask ministers to compile measures to use reserves (in the state budget) and implement them as soon as possible," Abe told a meeting held at his office to discuss the government's response to the outbreak.

"The new coronavirus is having a major impact on tourism, the economy and our society as a whole," the prime minister said. "The government will do its utmost to address the impact."