Japan, China to continue preparing for Xi's visit despite coronavirus

Prime Minister Shinzo Abe agreed with China's foreign policy chief on Friday to continue preparations for Chinese President Xi Jinping's upcoming state visit to Japan amid speculation the trip will be postponed due to the deadly coronavirus outbreak.

In a meeting in Tokyo, Abe told Yang Jiechi that the visit is "extremely important" for bilateral relations and it was necessary to ensure it is of substance.

Xi is slated to make the trip to Japan in April, becoming the first Chinese president to make a state visit since Hu Jintao in May 2008.

The visit, which will include a meeting with Emperor Naruhito and a banquet at the Imperial Palace, has been viewed as a chance to underscore a recent improvement in bilateral relations, following enmity in the early 2010s amid a dispute over the sovereignty of islets in the East China Sea.

But Xi's government has struggled to contain the epidemic that originated in Wuhan, central China, with the number of infections on the mainland topping 78,000 and the death toll nearing 2,800. 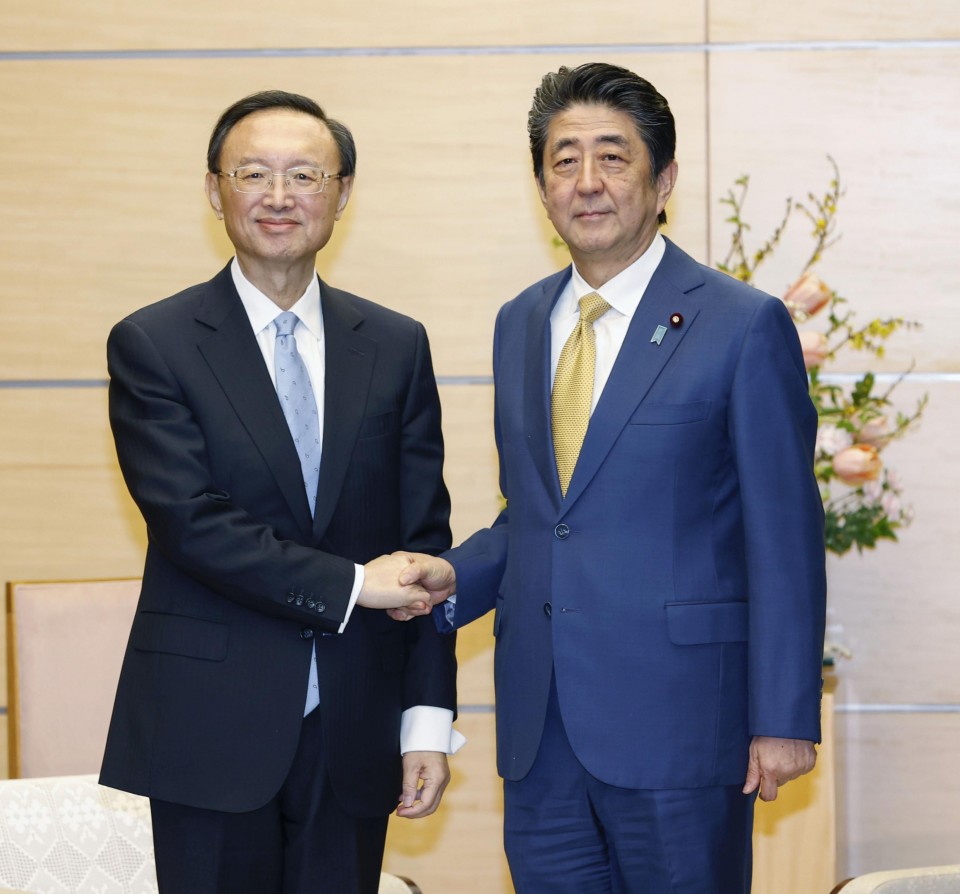 The country's parliament said this week it will delay its annual meeting, and a number of meetings between government officials from Japan and China to prepare for Xi's visit have also been called off, fanning speculation of postponement.

Abe and Yang, a member of the Political Bureau of the Chinese Communist Party's Central Committee, also agreed to step up cooperation in tackling the coronavirus, according to the Japanese Foreign Ministry.

Meanwhile, Foreign Minister Toshimitsu Motegi told reporters after a separate meeting with Yang that Xi's visit is expected to go ahead "for now," leaving the door open to a schedule change in the future.

"A state visit by a Chinese president is a once-in-a-decade event, so it must be of adequate substance. We agreed to continue communicating to that end," he said.

Yang also met with Abe's national security adviser, Shigeru Kitamura. The career diplomat and former foreign minister previously came to Japan last June, accompanying Xi to a Group of 20 leaders' summit in Osaka. He is scheduled to leave on Saturday.