Hundreds of thousands of people have been crossing into Hong Kong from mainland China to beat a Friday midnight deadline of a mandatory 14-day quarantine to curb the spread of the new coronavirus that has killed more than 630 people in the mainland.

Immigration figures showed that the number of people entering Hong Kong from mainland China jumped from about 58,800 Wednesday to 145,000 Thursday.

"The increase in one day is not unexpected," Security Secretary John Lee said. "It is understandable that a lot more people are returning to Hong Kong because of the time the quarantine measure is to be implemented."

Lee said the number is expected to drop drastically once the quarantine order is in effect.

All incoming travelers, including locals and foreigners, who had visited mainland China in the last 14 days will be ordered to stay at home, hotels or designated quarantine centers for two weeks under the new order, effective Saturday.

Those suspected of infection would undergo a quick test and could be hospitalized. 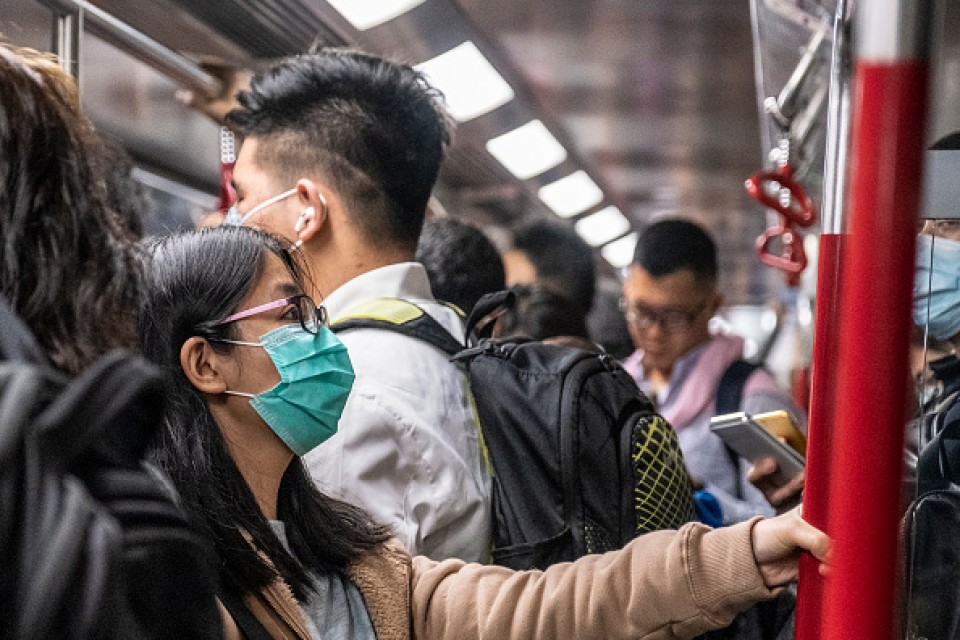 It is a criminal offense to break the curfew and one could face a six-month prison term and a fine of HK$25,000 (US$3,220), deputy Secretary for Food and Health Daniel Cheng said.

But in addition to the already sold-out surgical masks and hand sanitizers, healthcare products such as toilet paper are also out of stock due to hoarding over fears that the quarantine measures could also affect imports of the daily supplies.

To reduce individual contacts and curb the disease spreading, civil servants will continue to work from home until Feb. 16, Cheung said.

A 58-year-old Hong Kong resident who worked in both Macau and China's Zhuhai City was confirmed to be the 25th confirmed case of infection. He fell ill in Zhuhai on Tuesday and returned to Hong Kong for medical treatment the next day.

China's top diplomat in Hong Kong, Xie Feng, held a media briefing Friday, which was also attended by foreign dignitaries and diplomats, to publicize China's effort in containing the outbreak.

"We are all in a same boat and China is making a significant contribution to the world by doing whatever it takes to contain the coronavirus," Xie said at his office.

"It is our hope that (the foreign institutions) will assess the outbreak in a science-based and calm manner and avoid overreaction such as evacuation of citizens and diplomats," he said.

Toyota to delay restart of China plants due to virus outbreak