The Hokkaido governor declared a state of emergency on Friday and asked residents to remain indoors over the weekend after the new coronavirus spread in Japan's northernmost main island.

The declaration came amid confusion among many prefectural and local authorities across Japan following a sudden request from Prime Minister Shinzo Abe to temporarily shut schools.

At least 66 infections, including two deaths, have been confirmed in Hokkaido, while Japan has reported more than 900 domestic coronavirus cases, with over 700 of them linked to the Diamond Princess, a cruise ship quarantined near Tokyo.

"The situation has become more serious. I'd like people to refrain from going outside over the weekend to protect your lives and health," Hokkaido Gov. Naomichi Suzuki said in the declaration. 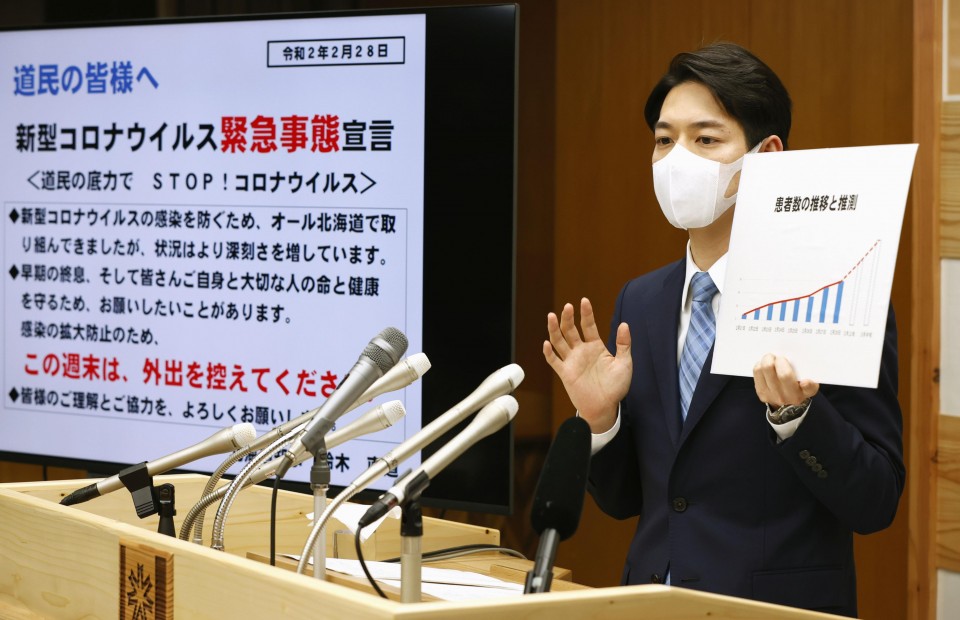 The prefectural government cited the possibility of small clusters of infections after six people this month visited an exhibition in the city of Kitami and later tested positive for the virus.

Suzuki also asked those who feel unwell to refrain from going to work, saying there have been cases where people with mild symptoms have spread the virus when traveling.

In all of Japan, 19 more infections were confirmed, bringing the total to 938, with most linked to the cruise ship docked in Yokohama.

The domestic death toll rose to 11 after three additional fatalities were reported, including a Japanese woman and British man who had both been taken to hospitals from the Diamond Princess. The man is the first foreign national from the vessel to be confirmed dead due to the virus.

Many schools across Japan will close in line with the request from Abe, which sparked a public outcry forcing him to clarify that local authorities have the final say.

Abe's sudden request Thursday to close all elementary, junior high and high schools in the country from Monday, several weeks ahead of the start of the spring break in late March, triggered confusion among teachers, students and parents who said they did not have time to prepare.

Abe surprised many when he announced the school closure plan through the end of the spring break in early April, when the new school year starts in Japan, at a government task force meeting on the virus outbreak. It was formally relayed to local education boards on Friday.

Education minister Koichi Hagiuda indicated school boards could be flexible in deciding when and how long schools will be closed. "It's OK to respond in a variety of ways depending on the circumstances of local communities and schools," he said.

Kanazawa Mayor Yukiyoshi Yamano said he does not plan to comply with the government request, adding there was insufficient time for discussions or to notify people about it.

"There are many small- and medium-sized businesses in the countryside. Parents taking leave or reducing working hours would have a major impact on such businesses," said the mayor of the central Japan city. 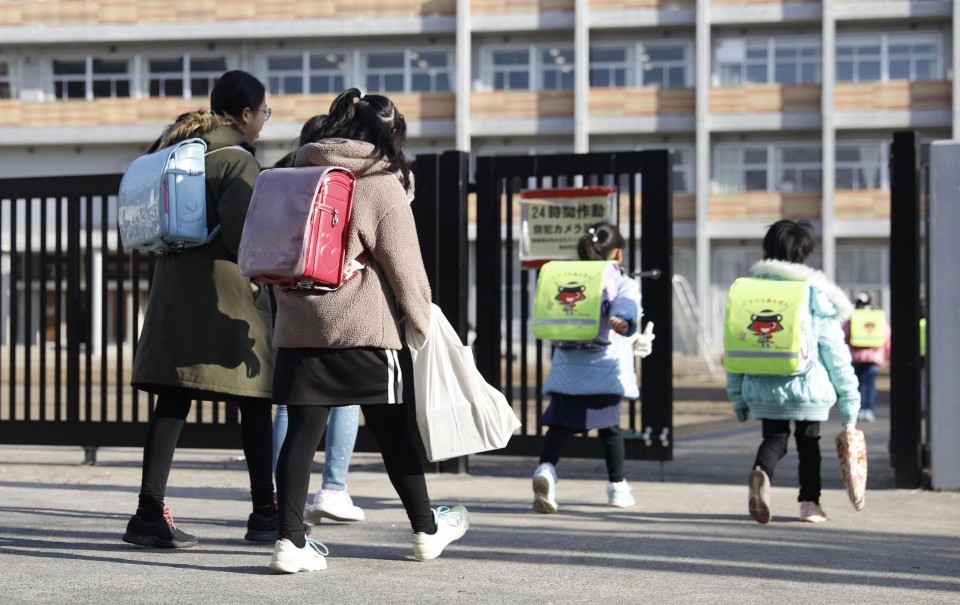 Hagiuda said the government wants children to remain indoors at home during the break to prevent the spread of the pneumonia-causing virus that originated in China.

"We're asking for the cooperation of relevant ministries and agencies so that students will stay at home in principle and not go outside unless it's necessary," said Hagiuda.

"Experts have been saying schools have a high risk of group infection," he said in defending the government request. He also called on local education boards to make efforts to avoid significant disruption to study schedules.

Despite the option given to keep schools open, some believe it is not realistic in the face of growing worries about the spread of infections.

"We'll be blamed by parents if we don't close when the country's leader is telling us to do so," said a male teacher in his 30s working at a public elementary school in western Japan.

Aside from the schools, nurseries and other child-care providers have been asked to stay open in principle, but some said they cannot expand capacity and accept additional children. 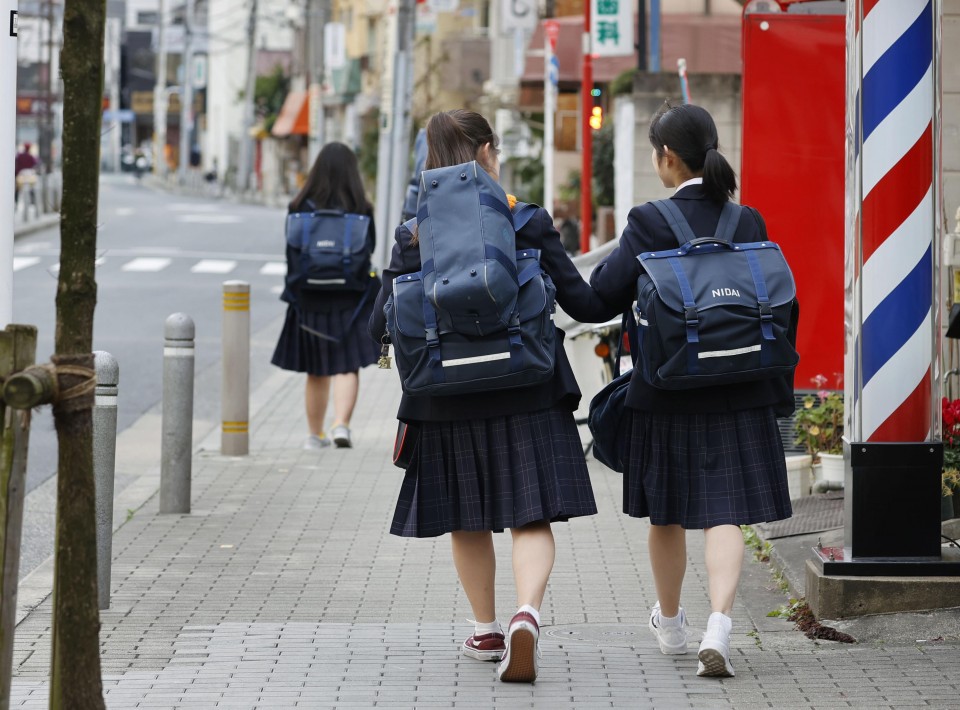 "I think (the school closure) is pointless unless we stop going outside or using child-care services" to prevent the spread of the virus, said a woman in her 40s who has two children attending elementary school in the city of Saitama, north of Tokyo.

Like many working parents who have no one else to look after their young children, 35-year-old Ayako Sasaki, whose daughter attends elementary school in the northern Japan city of Akita, said, "I really don't know what to do."

"I'm in the hospitality industry so I can't work from home and can't rely on my parents who live far away," she said.

Welfare minister Katsunobu Kato said his ministry will liaise with local governments with regard to care services for elementary school students, citing the issue of how many staff can be secured to cover the period.

Abe said he will request that businesses make it easier for workers to take paid leave and said the government is considering ways to deal with part-time workers whose incomes will be reduced during the period when they cannot work because of the need to take care of children.

Abe is scheduled to hold a press conference at 6 p.m. on Saturday.