Some medical experts have started to warn that using alcohol-based hand sanitizers too much as a protective measure against a new coronavirus raging in China could inversely raise the risk of infection through skin disorders.

Washing hands with soap too many times in a bid not to contract the new pneumonia-causing virus may also have an adverse effect, given that it could abrade the skin, weakening its ability to work as a barrier to keep moisture in and harmful agents out.

Excessively using alcohol-based sanitizers and washing hands could remove "normal bacterial flora" that coat the skin and fend off invasion of pathogenic agents such as a norovirus.

"Of course, it is necessary to wash hands and use alcohol-based hand sanitizers in order to reduce transmission of the new virus, but overdoing anything is not good," said a spokeswoman of a Japanese consumer and chemical products maker Kao Corp. 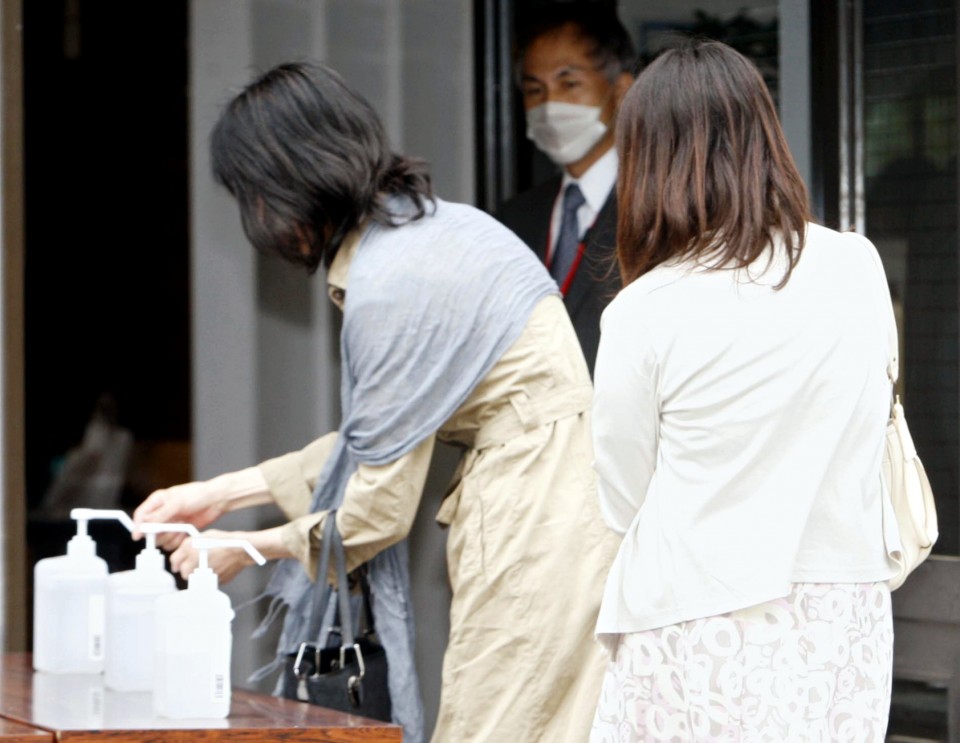 In Tokyo, alcohol-based hand sanitizers have sold out at pharmacies and convenience stores, as healthcare pundits have emphasized that preventive steps against the new coronavirus are similar to those against influenza and colds.

Indeed, a wave of influenza has been significantly waning in Japan compared with the previous year, government data showed late last week.

For the week through Feb. 16, the number of reported influenza cases plummeted around 40 percent from a year earlier to 37,198, according to the Ministry of Health, Labor and Welfare. During the same period last year, 61,992 cases were reported.

Alcohol, known for having disinfectant properties, has been frequently used to keep hands free of bacteria and viruses. At the same time, however, disinfection with alcohol deprives skin of oil and water and can result in rough hands of done in excess.

"Dry and damaged skin could become a hotbed of disease bacteria and also increase the risk of viruses entering the body through cuts in the skin," Kao's spokeswoman said.

"To prevent infection, it is much more important to wash hands with a moderate amount of soap for more than 30 seconds in an effective manner than to wash hands several times a day," she said.

In addition, she urged consumers to firmly wipe their hands with a paper towel or a clean towel after washing them, as wet conditions could lead to skin disorders and make it easier for pathogenic agents including viruses to attach to hands.

She added applying lotion or cream containing moisturizing ingredients is essential to keep hand skin from chapping and strengthen its barrier function.

The new virus that causes the disease officially known as COVID-19, first detected in the central Chinese city of Wuhan late last year, has so far infected more than 75,000 people and killed 2,500 worldwide.

Japan has confirmed over 850 infections, with most of them linked to the Diamond Princess cruise ship docked in Yokohama. But the emergence of cases in which infection routes remain unknown has raised caution among health authorities and the public.