As one of the country's most high-profile politicians breaks new ground for a Cabinet minister by taking paternity leave, some lawmakers and businesses are aiming to change the way corporate Japan views time off for new dads.

Although Japan leads the world in paid-leave provisions for fathers, according to U.N. Children's Fund data, only 6.16 percent took childcare leave in fiscal 2018. Among those who did, 36.3 percent were absent for fewer than five days and 35.1 percent between five and 13 days, according to government data.

Campaigners blame reluctance to take time off on Japan's male-centered corporate culture, which favors those who put work before family. But promoting paternity leave, they say, could be a step to curb the falling birthrate and sustain the economy by encouraging more women to work.

To drastically change the situation, the ruling Liberal Democratic Party launched a project team last November with the aim of obliging managers to make it easy for subordinates to take paternity leave.

Some companies such as homebuilder Sekisui House Ltd. and Japan's largest bank MUFG Bank have gone public with plans to strongly urge male employees to take at least one month of childcare leave. 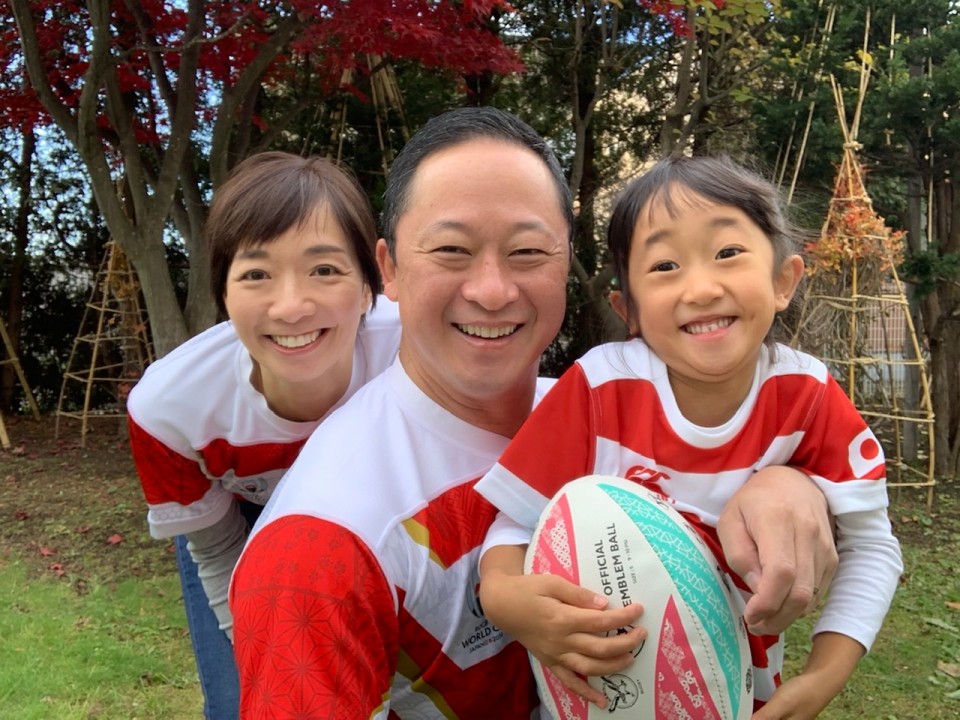 (Yoshiaki Wada (C) and his family)
[Photo courtesy of Wada]

From April, the government will also encourage male civil service workers to similarly take childcare leave for a minimum of one month, in line with its goal of raising the overall rate of men taking such leave to 13 percent in the public and private sectors this year.

At present, up to a week of paid leave is provided for civil servants, with employment insurance partly making up for lost salary in the period taken thereafter.

Yoshiaki Wada, one of the LDP members who called for the initiative to promote paternity leave, said they aim to "destroy" a mindset in Japanese corporate culture that has long prevented male workers from taking childcare leave despite an increasing awareness among men of the need to take time off for family.

"Although about 80 percent of young male workers hope to take paternity leave, the rate of men taking such leave stands at 6 percent. We have to narrow that gap," said Wada, referring to a think tank survey on new recruits.

Dismissing the common belief that the conservative LDP is unlikely to push for paternity leave, Wada, 48, said even those aged nearly 70 are among the some 70 party lawmakers who have joined the campaign. Many of the older members support the initiative out of consideration for their grandchildren, he said.

The House of Representatives member, who has a 5-year-old daughter, said the project team aims to achieve revision of the law on childcare leave in about 18 months so as to make it mandatory for companies to notify employees of their rights in taking care of children.

"The current law only urges companies to make efforts in notifying employees about their rights," Wada said. "We'd like to strengthen enforcement so managers will proactively approach workers (entitled to childcare leave) and ask them to take leave."

Environment Minister Shinjiro Koizumi, 38, a potential future prime minister according to some opinion polls, made headlines when he declared before the birth of his first child in January that he would take time off. He is taking a total of two weeks off during the first three months by such means as working shorter hours and telecommuting.

But while the move was ground-breaking, Wada said he wants new fathers to take full leave at least for the first two weeks after childbirth.

The lawmaker underlined the need for fathers to lessen burdens on their partners, citing a government survey that showed about 100 mothers commit suicide in Japan due to postnatal depression within a year after childbirth and noting the existence of child abuse cases caused by mothers having mental breakdowns from the stress of childrearing. 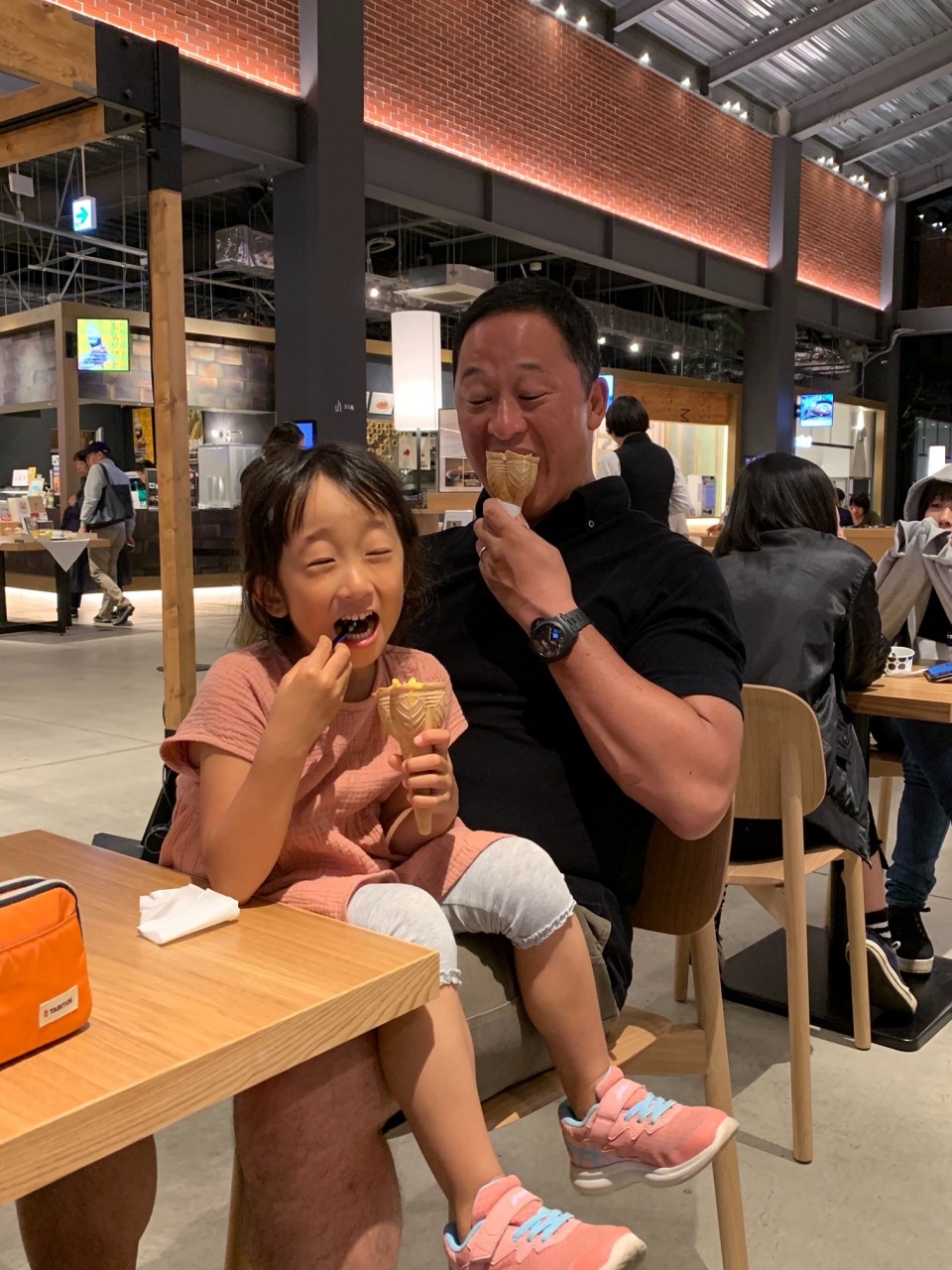 (Yoshiaki Wada (C) and his daughter)
[Photo courtesy of Wada)

"It would be meaningless if fathers only devote themselves to caring for children and doing household chores during their leave. We aim to make them commit to household work permanently" even after they return to work by introducing a flexible work style, Wada said.

Sekisui House President Yoshihiro Nakai, 54, told a January event at the Swedish Embassy in Tokyo that he came up with the idea of promoting paternity leave after seeing many men pushing baby strollers at a park in Stockholm during a trip to the city in 2018.

The Osaka-based company introduced in September 2018 a scheme enabling male workers with children under 3 years old to take at least one month off for childcare, with the first month treated as paid leave. The time away can be divided into four periods.

As of late August 2019, 1,113 of the 1,567 male Sekisui House workers nationwide who qualified began taking leave under the scheme, with 582 them completing it. The company has a workforce of some 20,000.

"Originally I wanted to introduce a minimum three-month paternity leave modeled after Sweden's system, but gave up after finding out that if all the fathers who met the condition took the leave, it would affect our sales," Nakai said.

Even though the idea met resistance from elderly company officials, the president said he brushed off their concerns as "groundless," believing it was just based on their traditional values centered on gender divisions of labor.

Takashi Omura, a 39-year-old worker at a Sekisui House branch in Saitama Prefecture who took one month of leave after his second child was born, said at the event he began preparations to share his workload with colleagues two months in advance, but that his worries were unnecessary. 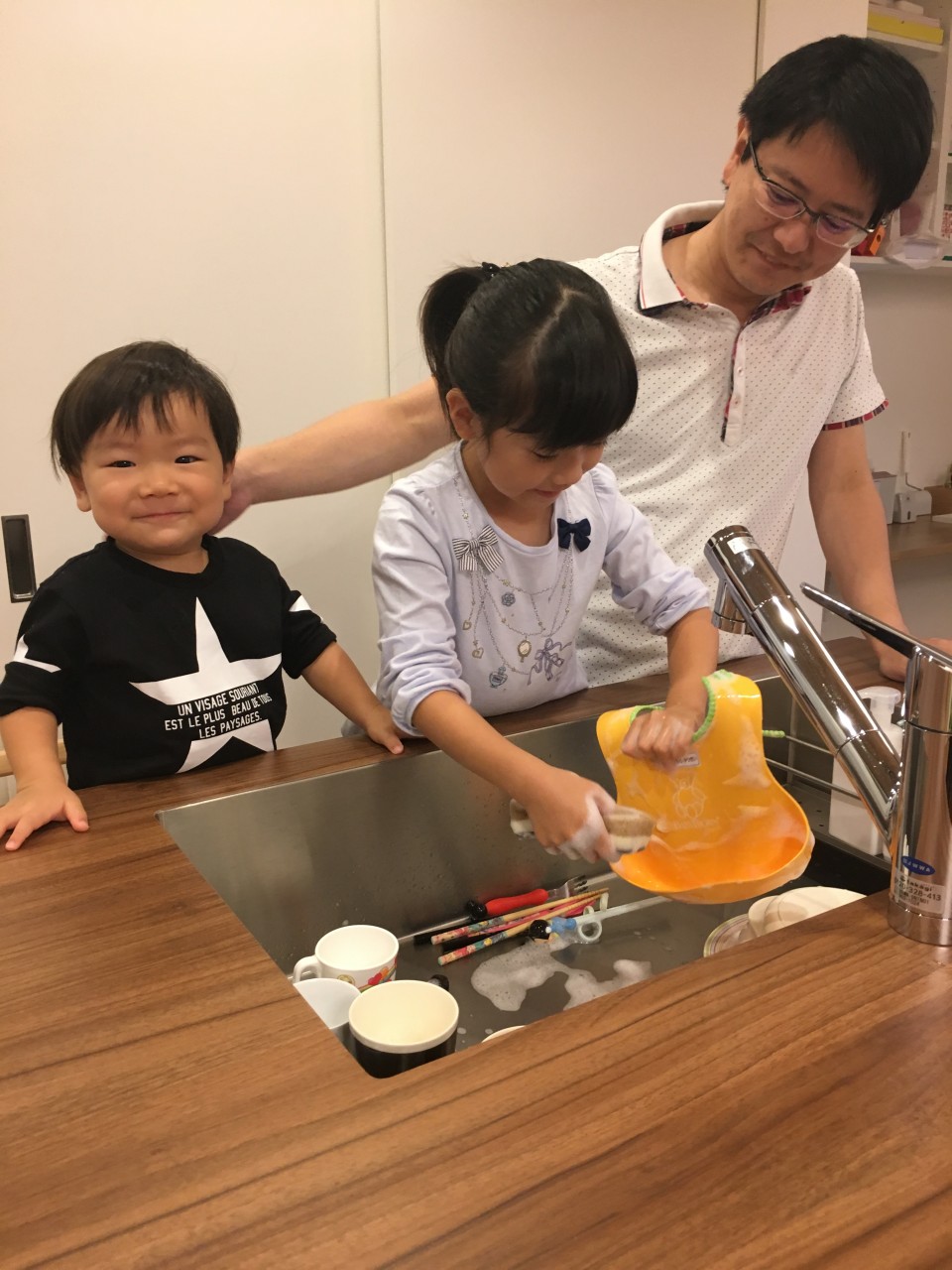 (Takashi Omura watches his children do the washing up.)
[Photo courtesy of Sekisui House Ltd.]

"My colleagues managed to make up for the absence and after returning to the office, our communications got smoother," said Omura, chief of the branch's back office section.

"During the leave, I mainly took care of my 6-year-old daughter and time passed so quickly. I came to be aware of the need to spend time efficiently," he said.

MUFG Bank similarly began in May last year strongly urging its male employees with children under 2 years old to take at least one month of paid childcare leave. As of January, 56 of some 500 fathers entitled to the leave had actually taken it, according to a company official.

The bank said it expects the number of long-term paternity leave takers to gradually increase as it will be reflected in the performance reviews of both the fathers and their bosses.

Akiko Kojima, a work-style reform specialist at the Japan Research Institute, said there is no silver bullet to sharply increase paternity leave takers in Japan, but that a change in top management's awareness and simultaneously promoting a flexible working style will be vital.

"Companies that cannot even make up for one month of paternity leave will have a problem in risk management," Kojima said. "If working styles are diversified to include telecommuting and other measures and everyone is used to the situation, that would also naturally help men to take paternity leave." 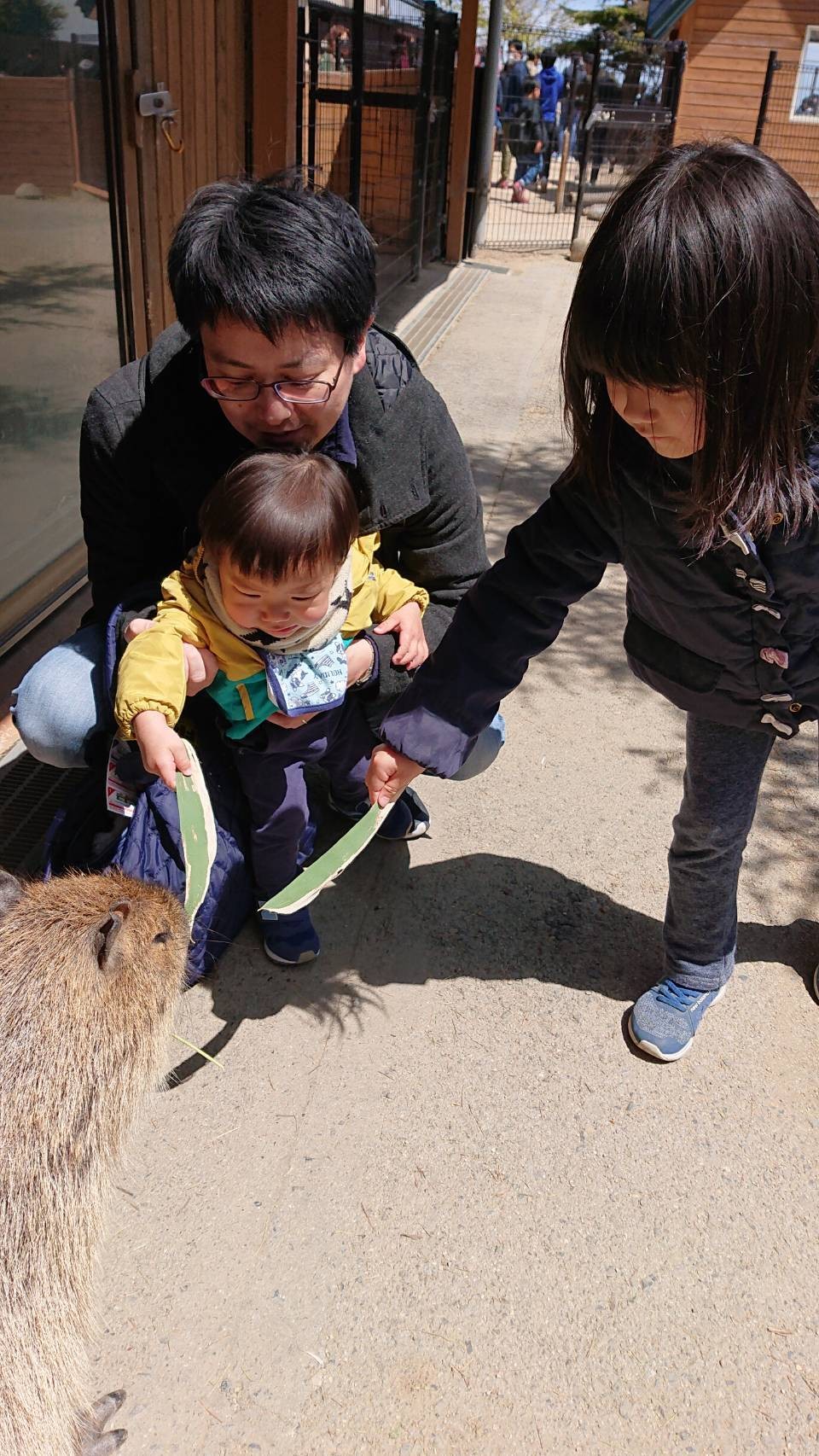 (Takashi Omura and his children.)