A total of 970 passengers have disembarked from the coronavirus-hit cruise ship Diamond Princess since a two-week quarantine period ended two days ago, the health ministry said Friday.

The third and final group of 253 passengers who tested negative for the coronavirus on the cruise ship in the port of Yokohama, near Tokyo, have disembarked, the Ministry of Health, Labor and Welfare said.

The three-day process involved a group of 443 passengers who left on Wednesday, followed by 274 passengers on Thursday.

The ship arrived at the port carrying some 3,700 passengers and crew. Those who tested positive were sent to medical facilities, of whom two Japanese passengers have died.

Around 300 passengers and about a thousand crew members remain aboard the vessel, the ministry said.

Those still on the ship include over 100 passengers who had close contact with infected passengers by sharing rooms and they will also disembark and move to a government-provided facility on Saturday for an extended quarantine, the ministry said, scrapping the original plan to make them stay another 14 days on the ship.

The government will keep on board foreign passengers waiting for charter flights that will take them back to their home countries.

Britain, Italy and Taiwan sent planes to repatriate citizens Friday, while Indonesia and the Philippines plan to do so.

"We will do everything we can to support foreign nationals," Motegi said.

The departures have come amid mounting criticism of the Japanese government's handling of the pneumonia-causing coronavirus outbreak. The virus, which originated in China's Hubei Province, spread on the ship during its two-week quarantine period.

The quarantine period, which was intended to prevent the coronavirus from spreading in Japan, has been criticized for potentially worsening the outbreak on the ship.

There have been 634 confirmed cases of the virus from among those on the ship. Of them, an 87-year-old man and an 84-year-old woman died Thursday after being hospitalized.

Thirty-three passengers, all of them in their 40s through 80s, were listed in serious condition as of Friday, and among them 18 have chronic diseases.

Kentaro Iwata, an expert on infectious diseases at Kobe University Hospital who was a part of a medical response team that boarded the ship, described this week "chaotic" scenes with no proper distinction between infected and non-infected zones in now-removed YouTube videos, although he said Thursday he was informed the situation has since improved.

The government has defended its measures, with Health, Labor and Welfare Minister Katsunobu Kato saying, "The appropriate steps were taken under the direction of doctors aboard the ship." 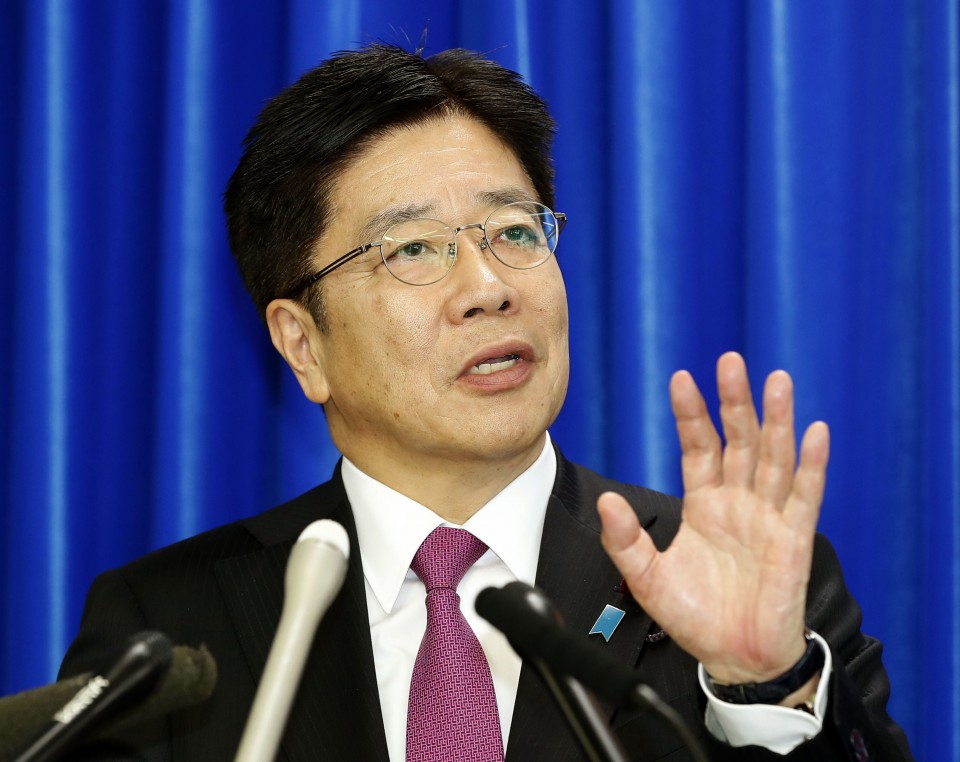 (Japanese health minister Katsunobu Kato speaks about a new coronavirus at a press conference in Tokyo on Feb. 21, 2020.)

Meanwhile, Motegi said nine countries -- Bhutan, Israel, Kiribati, Micronesia, Samoa, the Solomon Islands, South Korea, Thailand and Tonga -- have issued warnings against traveling to Japan, which, including the Diamond Princess, accounts for the most infections globally behind China.

The total number of infections confirmed in Japan topped 730 on Friday with more new cases, including two brothers attending a primary school, reported in Hokkaido, and a preschool boy in Saitama Prefecture.

The brothers' school in Nakafurano on Friday canceled all afternoon classes and sent home around 200 students following their diagnosis.

Authorities in Hokkaido are investigating how the boys, neither of whom had been overseas lately, contracted the virus. The boy in Saitama Prefecture returned from Wuhan at the center of the virus outbreak to Japan on a government-chartered flight on Jan. 30 with his father who tested positive for the virus on Feb. 10.

As part of efforts to prevent further spread of the new coronavirus in Japan, the health ministry said Friday it will encourage more companies to promote telework and staggered working hours.

The ministry will make the request through the Japan Business Federation and other lobbies. It will also ask firms to enable employees with fever or other symptoms to take off work at ease.

"We need the understanding of companies to keep the virus from spreading," Kato said at a press conference.