Chitetsu Watanabe, a 112-year-old Japanese who was recognized by Guinness World Records earlier this month as the world's oldest living man, died Sunday at the nursing home where he resided, his family said.

Watanabe, who was born on March 5, 1907, died on Sunday night at the facility in Joetsu, Niigata Prefecture. A funeral will be held Friday.

Eleven days earlier on Feb. 12, Watanabe had pumped his fist and cited "laughter" as the secret to his longevity as he was handed a certificate by a Guinness World Records official at his nursing home.

According to his eldest son's wife Yoko, 81, Watanabe fell ill soon after and became unable to eat. She said that when she told him to "hang in there" during a visit Sunday afternoon, he opened his eyes slightly and nodded.

Watanabe was recognized as the oldest living man after the previous holder of the title, Masazo Nonaka from Japan's northernmost main island of Hokkaido, died on Jan. 20 last year at age 113. 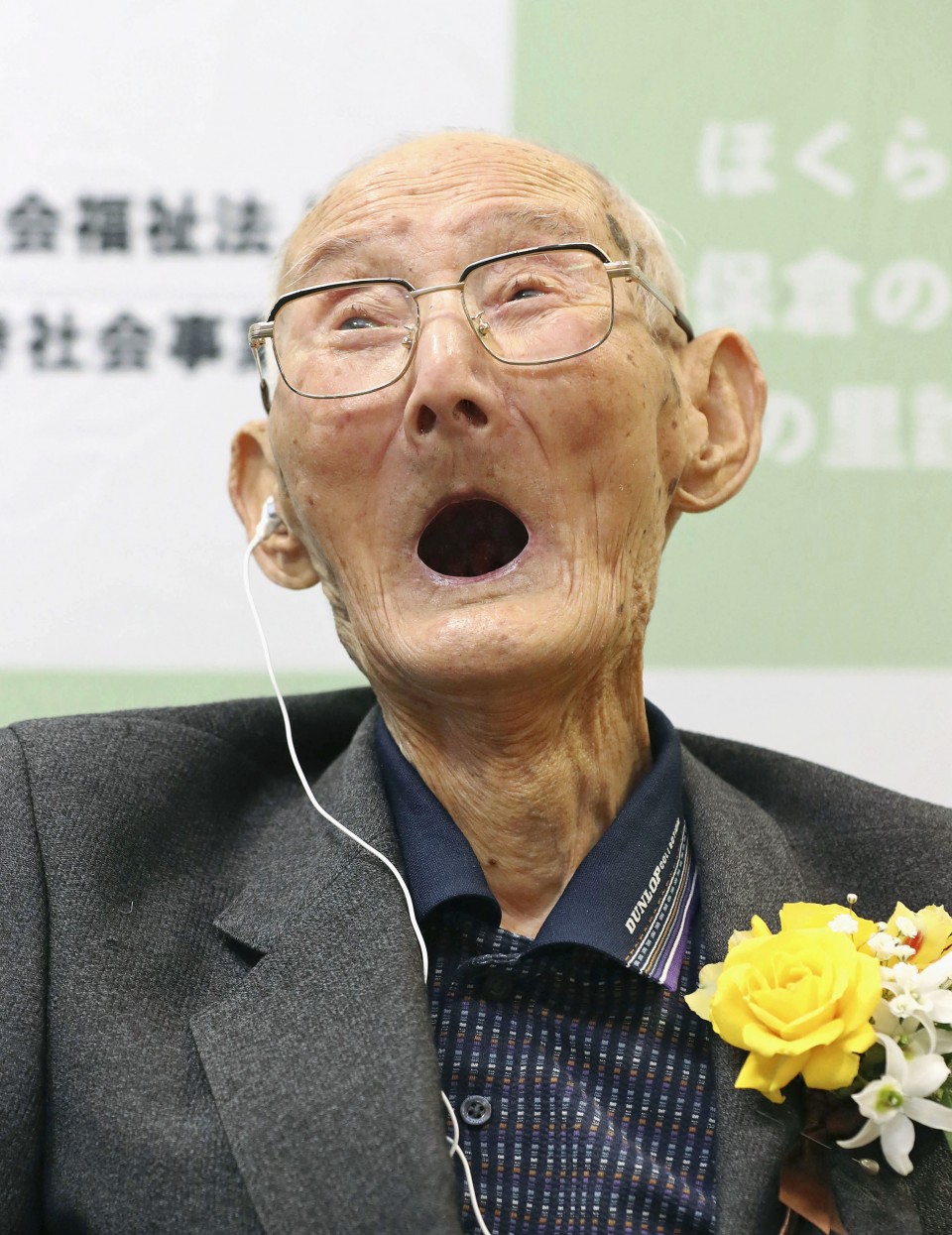 Born to a family of farmers in Joetsu, Watanabe moved to Taiwan at the age of 20 and spent 18 years there. He returned to Japan after World War II and worked as a civil servant in his hometown until his retirement.

Japan is one of the world's top countries for longevity. Kane Tanaka, a 117-year-old resident of Fukuoka Prefecture, is recognized by Guinness World Records as the world's oldest living person following the death in July 2018 of another Japanese woman, Chiyo Miyako from Kanagawa Prefecture, at 117.