Prime Minister Shinzo Abe on Tuesday advised people across the country not to go to work or school if they develop cold-like symptoms, as the country grapples with the spread of a new coronavirus originating in China.

Workplaces in the country, known for their long hours, need to encourage people to take days off without hesitation if they do not feel well, Abe said.

"The first thing that I want the people of Japan to keep in mind is to take time off school or work and refrain from leaving the house if they develop cold-like symptoms such as fever," Abe told a meeting of a government task force on the viral outbreak. 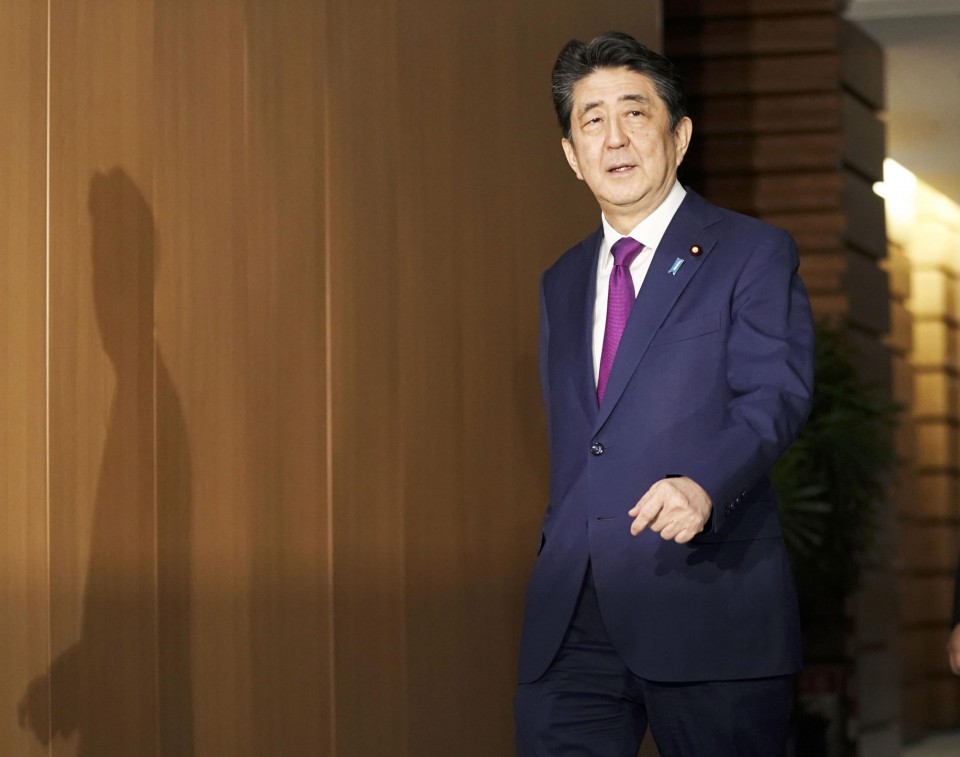 (Prime Minister Shinzo Abe speaks to reporters before leaving his office on Feb. 18, 2020, in Tokyo.)

Teleworking is an "effective alternative" to help prevent the virus from spreading further, Abe said.

He made the remarks as the government is scrambling to contain the virus that originated in Wuhan, with more people with no obvious link to China getting infected in Japan.

The global outbreak of the disease called COVID-19 has prompted some event organizers in Japan to rethink their plans for hosting mass gatherings.

The number of confirmed cases in Japan has topped 600, including over 500 passengers and crew on the Diamond Princess, a quarantined cruise ship docked at Yokohama near Tokyo with more than 3,000 confined.

The steady rise in infections in various parts of Japan has raised public concern, prompting the health ministry to ask people who develop symptoms such as a temperature of 37.5 C or higher for at least four days to consult local health care centers and go to designated hospitals. The period is set shorter for the elderly, those with underlying conditions and pregnant women.

As Tokyo and other major cities in the country are notorious for packed rush-hour trains, commuters have been encouraged by a government panel of medical experts to go to work earlier or later than usual as the risk of infection is increased in crowds.

On Tuesday, Fujitsu Ltd. and Hitachi Ltd. said they are expanding teleworking, though Japanese companies overall have been slow to introduce it.