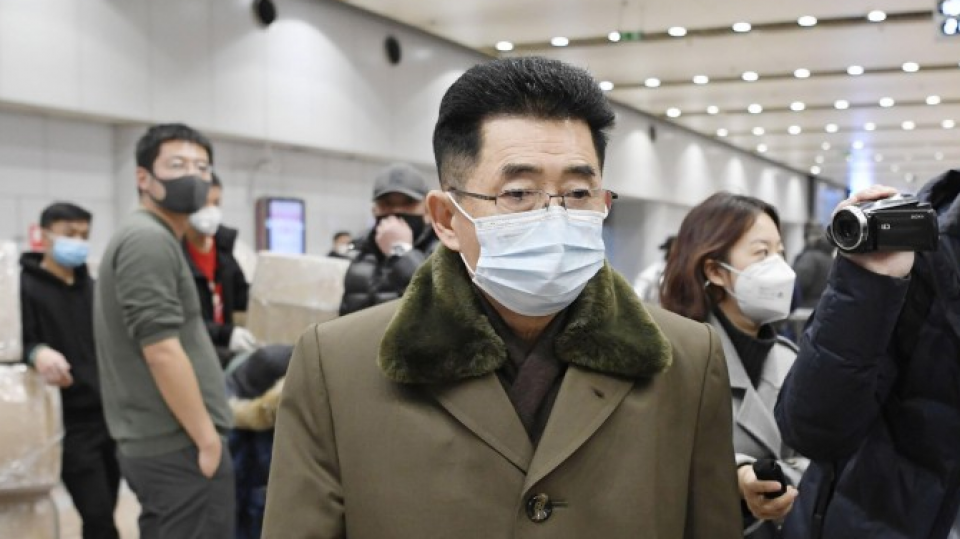 BEIJING - North Korean leader Kim Jong Un has sent a letter to Chinese President Xi Jinping expressing his conviction that China will "emerge victorious" in its efforts to combat the outbreak of a deadly new coronavirus, state media reported Saturday.

The Korean Central News Agency report came just hours after a senior official of North Korea's ruling party in charge of China ties and the country's ambassador to China arrived in Beijing from Pyongyang by air.

Expressing "deep consolation" to the families of those who have died after being infected with the pneumonia-causing virus, Kim "conveyed his sincere feelings of wanting to share the suffering and trial of the fraternal Chinese people and to render help even a bit," the report said.

Kim Song Nam, first vice director of the Workers' Party of Korea, was sighted at Beijing airport by a Kyodo News reporter after his arrival.

The purpose of his visit is unknown, but it has been speculated that he would hold talks with Chinese officials during his stay.

North Korea recently handed the foreign minister's job to Ri Son Gwon, a former military officer and head of the government's Committee for Peaceful Reunification of the Fatherland.

Many observers say that with Ri as foreign minister, North Korea may take a more hard-line stance toward the United States during nuclear talks.

North Korean Ambassador to China Ji Jae Ryong returned from Pyongyang on the same flight as Kim's. Ji had temporarily been back in North Korea.

Air Koryo, North Korea's state-run carrier, has said it will stop operating flights between Beijing and Pyongyang after Saturday's flights, apparently in response to the outbreak of the coronavirus in China.