More than 400 passengers on the coronavirus-hit cruise ship Diamond Princess disembarked Wednesday in Yokohama after a two-week quarantine period that raised questions about the Japanese government's response to the outbreak.

The disembarkation of the remaining some 2,500 is expected to take three days at least, according to the government. The first group was comprised of 443 mainly elderly passengers who have tested negative for the virus and have completed final checkups with doctors.

"I am relieved I was able to get off. I want to take a good rest since I am returning home for the first time in a month," said a 77-year-old male passenger.

People carrying luggage were seen disembarking the vessel, some waving hands, while more than 10 buses awaited nearby to transport them to Yokohama and other train stations in the area so they can head home. 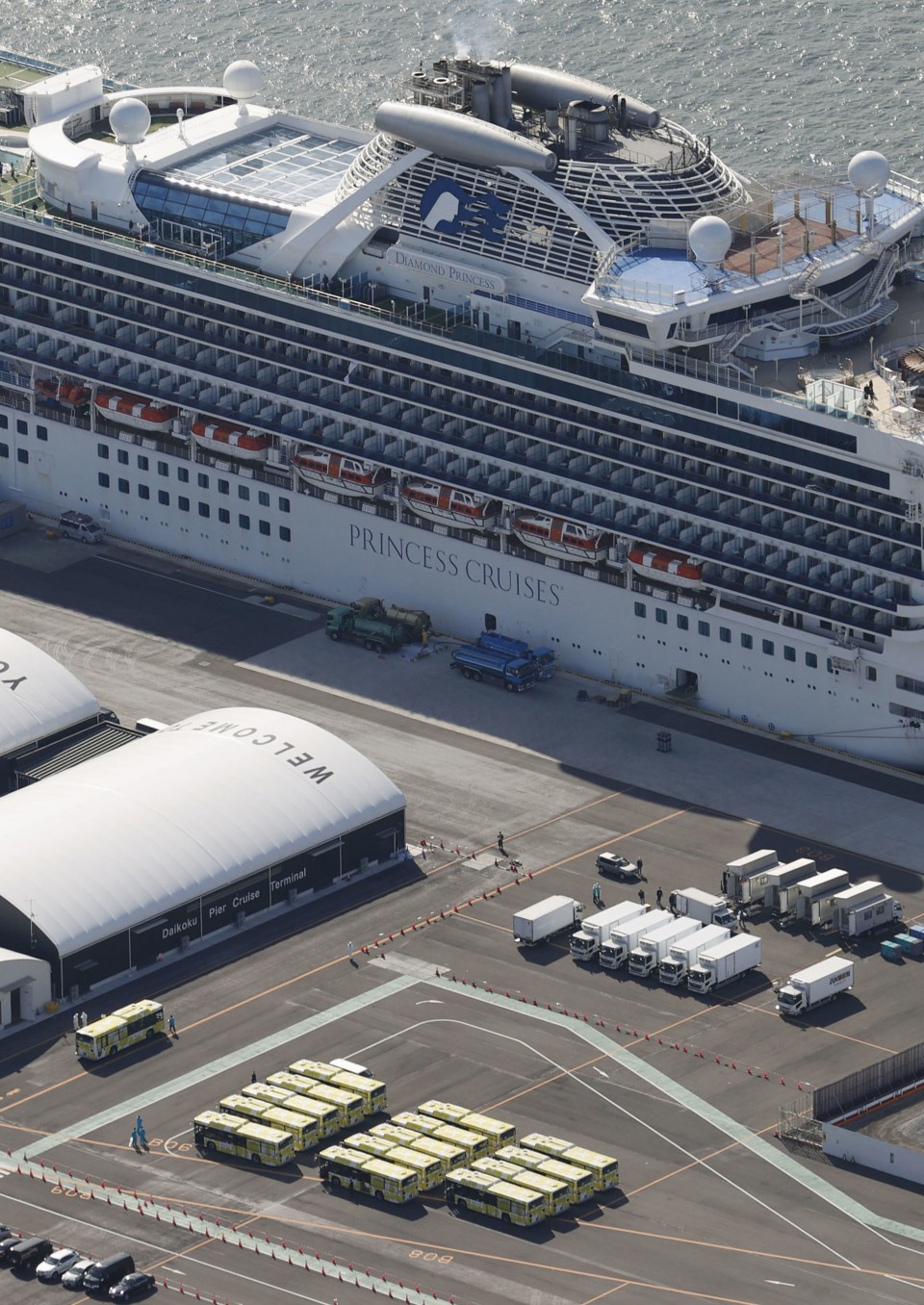 JAL expands service cutback in Asia due to coronavirus outbreak

Health minister Katsunobu Kato said at a parliamentary committee meeting there is no need to further isolate the passengers who disembarked, saying, "The National Institute of Infectious Diseases has indicated they can use public transportation as long as they were monitored for 14 days, tested negative to the virus and were confirmed to be in good health."

The cruise ship was initially carrying around 3,700 passengers and crew from more than 50 countries and regions. The number of cases confirmed onboard increased day by day, with 79 more testing positive Wednesday and pushing up the total to 621.

Disembarking passengers have been transported to Yokohama and other train stations in the area.

Those found to be infected with the pneumonia-causing virus have been transported to medical facilities, and about 3,000 people were on the vessel before Wednesday's disembarkation began.

Test samples have now been collected from all passengers, the health ministry said.

Those who have had close contact with infected people on the ship will be kept on board for the time being for further monitoring even though they have tested negative. The ship's operator will decide when crew who have not been infected will leave the ship, according to the ministry.

U.S. and other media have raised questions about Japan's response to the spread of the virus on the ship. The United States has evacuated many of its citizens from the vessel using chartered jets and several other countries have announced they will follow suit.

The Japanese government says it was appropriate to quarantine the vessel, a position endorsed by the World Health Organization.

Chief Cabinet Secretary Yoshihide Suga told a press conference the government has given "utmost consideration for protecting the health of passengers and crew."

The passengers were asked to stay inside their cabin as much as possible, and some passengers said they spent their days watching movies and looking at Yokohama from the balcony of their cabin.

The quarantine at Yokohama Port, south of Tokyo, began Feb. 5 after a passenger who disembarked in Hong Kong on Jan. 25 was found to be infected with the new coronavirus, which originated in the Chinese city of Wuhan.

After departing Yokohama on Jan. 20, the Diamond Princess stopped at Kagoshima, southwestern Japan before arriving in Hong Kong. It then traveled to Vietnam and Taiwan before calling at Okinawa in Japan and then returning to Yokohama on Feb. 3, according to its operator.