Takefusa Kubo helped Mallorca secure a 3-3 draw against Real Betis in the Spanish first division on Friday, scoring the final goal in a pulsating clash at Benito Villamarin Stadium.

Starting on the right wing for Vicente Moreno's side, Kubo displayed his attacking prowess as he netted his second Liga goal in the 70th minute. 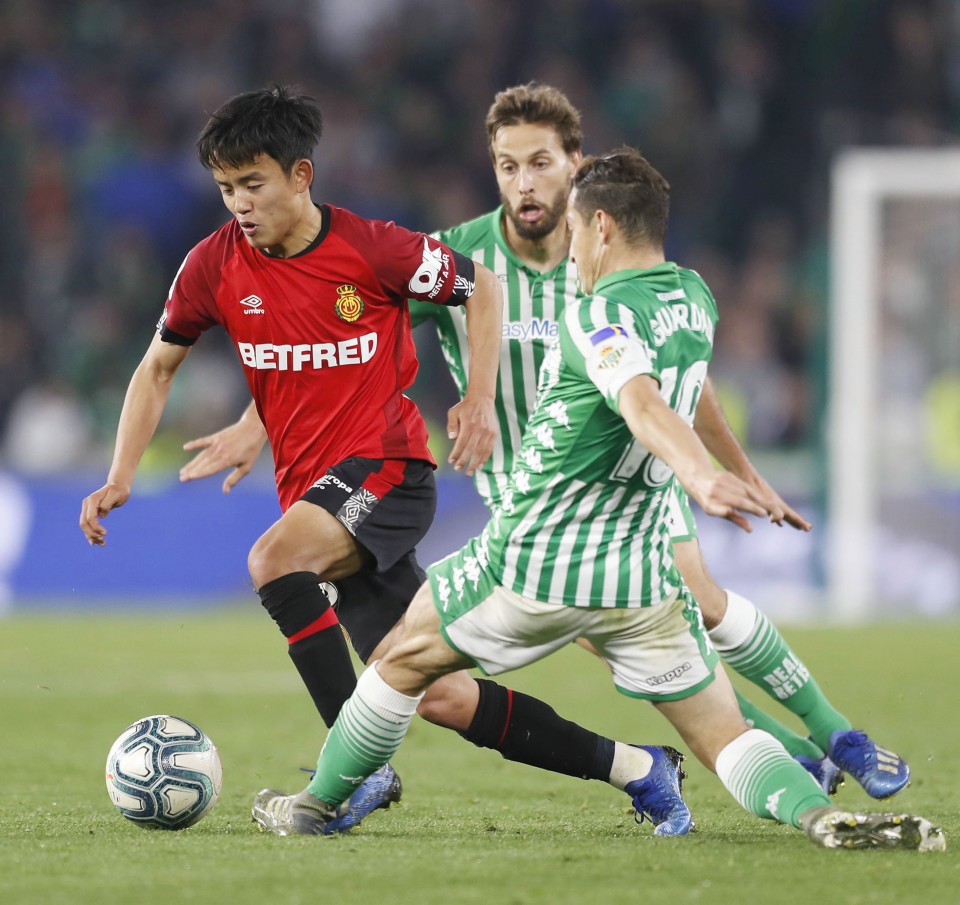 The 18-year-old Japan playmaker dribbled away from one defender and fired his shot between another's legs as he beat Betis keeper Joel Robles from the edge of the area.

"We're not a team that easily maintains possession," Kubo said. "It's too bad that it wasn't the winner, but I'm happy from a personal standpoint."

The teenage star, on loan from league leaders Real Madrid, was also involved in both of Mallorca's earlier goals.

He created the opportunity for Cucho Hernandez's 16th-minute opener with a blocked shot attempt, then, after Betis equalized on a penalty, set up Ante Budimir at the edge of the six-yard box for a 2-1 lead.

The hosts equalized on another penalty before taking a 3-2 lead early in the second half when 38-year-old former Spain international Joaquin found the net.

Kubo is expected to help lead coach Hajime Moriyasu's side in their pursuit of a gold medal on home soil at the 2020 Tokyo Games this summer.