The number of missile firings by China in 2019 far exceeded those by the United States and Russia, underscoring Beijing's stepped-up measures to bolster its missile capabilities in terms of both quantity and quality.

Early warning satellites for missile defense operated by the U.S. military detected the launches by China, the sources said.

Although the precise types and numbers of missiles fired are unknown, a certain amount of them appear to have been Dongfeng 21D and Dongfeng 26 ballistic missiles.

The United States and Japan, a U.S. close ally, are wary that China has been trying to enhance its nuclear deterrence against Washington by taking steps such as multiplying warheads on intercontinental ballistic missiles.

The two countries also suspect that China is making special efforts to improve the capacities of medium-range conventional weapons in a bid to prevent U.S. forces from approaching nearby waters of China and deploying in the western Pacific region. 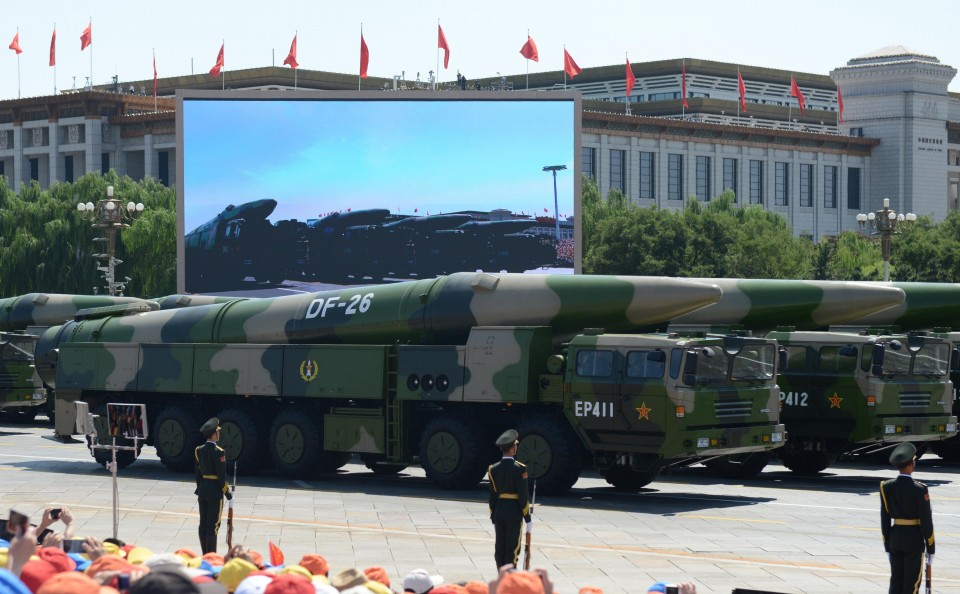 In February 2019, U.S. President Donald Trump said Washington would withdraw from the 1987 Intermediate-Range Nuclear Forces Treaty with Russia, which had banned land-based ballistic and cruise missiles with ranges of 500 to 5,500 km.

The nuclear arms control pact expired in August. Behind the U.S. decision was Trump's concern that China -- a non-INF treaty party -- is gaining a military advantage by developing missiles with ranges beyond the pact's limit.

The United States and Russia have not disclosed how many ballistic missiles they launch annually, but they seem to fire at most dozens of them for a year, pundits say.

In a speech he delivered in Washington in May last year, U.S. Defense Intelligence Agency Director Lt. Gen. Robert Ashley said "China launched more ballistic missiles for testing and training than the rest of the world combined" in 2018, without providing a specific figure.

According to the sources, test-firing and operational training of missiles have mainly been conducted in China's inland northwestern area, where U.S. and Japanese ground radar systems have poor coverage.

Washington, therefore, has comprehensively analyzed Beijing's moves by using information from the U.S. military-operated early warning satellites that pick up heat signatures of China's ballistic missiles as well as its signals intelligence-gathering satellites.

In a military parade held in October 2019, China for the first time displayed new missies including the Dongfeng 41, a nuclear-capable ICBM believed to be able to hit almost anywhere in the United States, and the Dongfeng 17 hypersonic missile.

Hans Kristensen, a nuclear expert with the Federation of American Scientists, told Kyodo News that he assumes China has "at least 40 types" of missiles in its arsenal, with conventional ballistic missiles posing a primary threat to Japan.

He added, "There is also a significant development under way in Chinese cruise missiles."