A Japanese infection control expert removed YouTube videos Thursday in which he criticized the handling of the coronavirus outbreak on the Diamond Princess cruise ship quarantined in Yokohama, saying the situation had improved.

In a Twitter post, Kentaro Iwata, a professor at Kobe University Hospital, said, "I removed my YouTube clip myself since there is no need for further discussing this." The videos in Japanese and English had garnered over 1.5 million and 300,000 views, respectively.

I removed my YouTube clip myself since there is no need for further discussing this. Thank you and I apologize to those who got involved in.

Iwata told a video press conference at the Foreign Correspondents' Club of Japan the same day, "The post became so viral and viewed by many people, and yesterday I was informed that significant improvement was done inside the cruise ship," denying he had been pressured to delete the videos.

In the videos, Iwata described the situation on the cruise ship as "chaotic" with bureaucrats in charge and no clear distinction between infected and infection-free zones.

Iwata was allowed aboard on Tuesday as a member of the government's disaster medical assistance team but was soon asked to leave the vessel for not doing what he was supposed to, according to the government.

"After posting on YouTube," the professor told the press conference, "the zoning changed, and the structure of infection prevention inside the cruise ship changed," adding "the role of the YouTube (post) was over."

The government rejected Iwata's criticism after the videos were uploaded on Tuesday.

"It's my understanding that infection control experts have been on duty all the time and zoning was done inside the ship," Chief Cabinet Secretary Yoshihide Suga, the top government spokesman, said at a press conference. 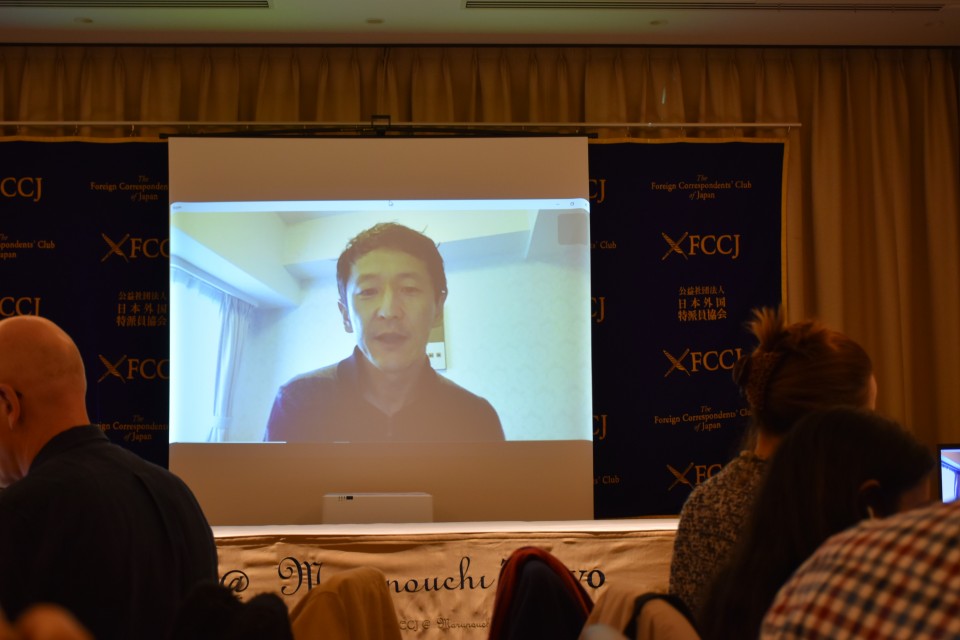 (Iwata holds a press conference via Skype at the Foreign Correspondents' Club of Japan on Feb. 20)

On zoning and secondary infection issues aboard the Diamond Princess:

On the Japanese government's decision to quarantine passengers and crew on the Diamond Princess:

On the lack of Centers for Disease Control and Prevention in Japan:

On how to prevent infections from spreading in Japan: