The top diplomats of Japan and Britain agreed Saturday to work quickly toward a bilateral trade deal that will be "at least as ambitious" as Japan's agreement with the European Union.

"Preliminary discussions have begun in building a new bilateral economic partnership and I hope we will be able to start and conclude negotiations as early as possible," Motegi said in a joint press conference after the meeting in Tokyo.

Raab said the two discussed a deal that would be "at least as high standard, if not higher, and at least as ambitious" as the Japan-EU economic partnership agreement that entered into force in February last year.

Such a deal would "send a very powerful signal of our shared commitment to free and rules-based trade," he added. 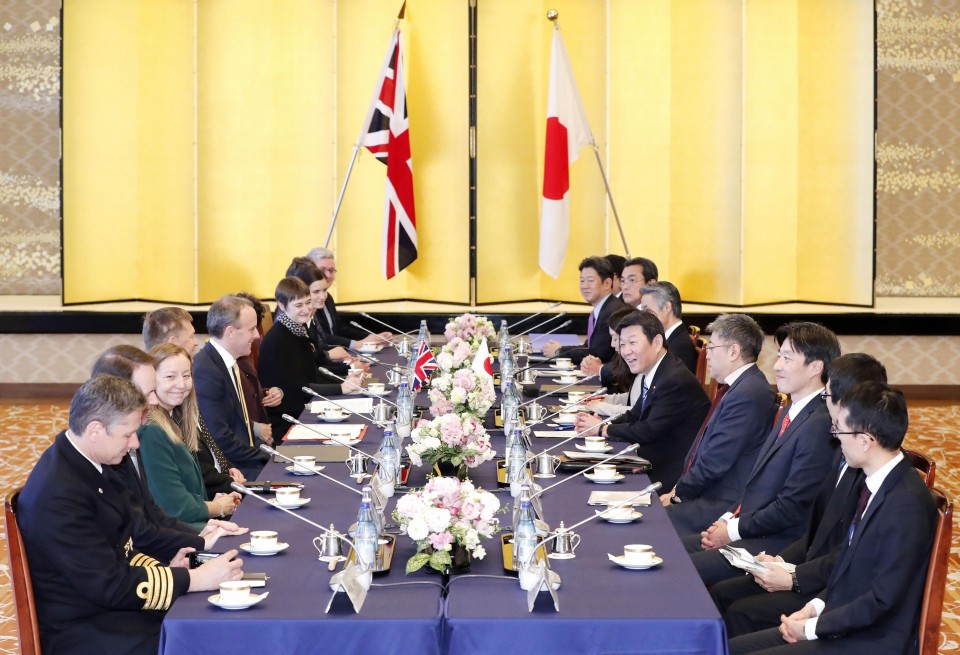 Regarding security matters, the foreign ministers agreed to continue working toward the complete denuclearization of North Korea and to continue enforcing U.N. sanctions on the country.

They also exchanged views on heightened tensions in the Middle East, noting the importance of Iran remaining in a landmark 2015 deal that put limits on its nuclear program. 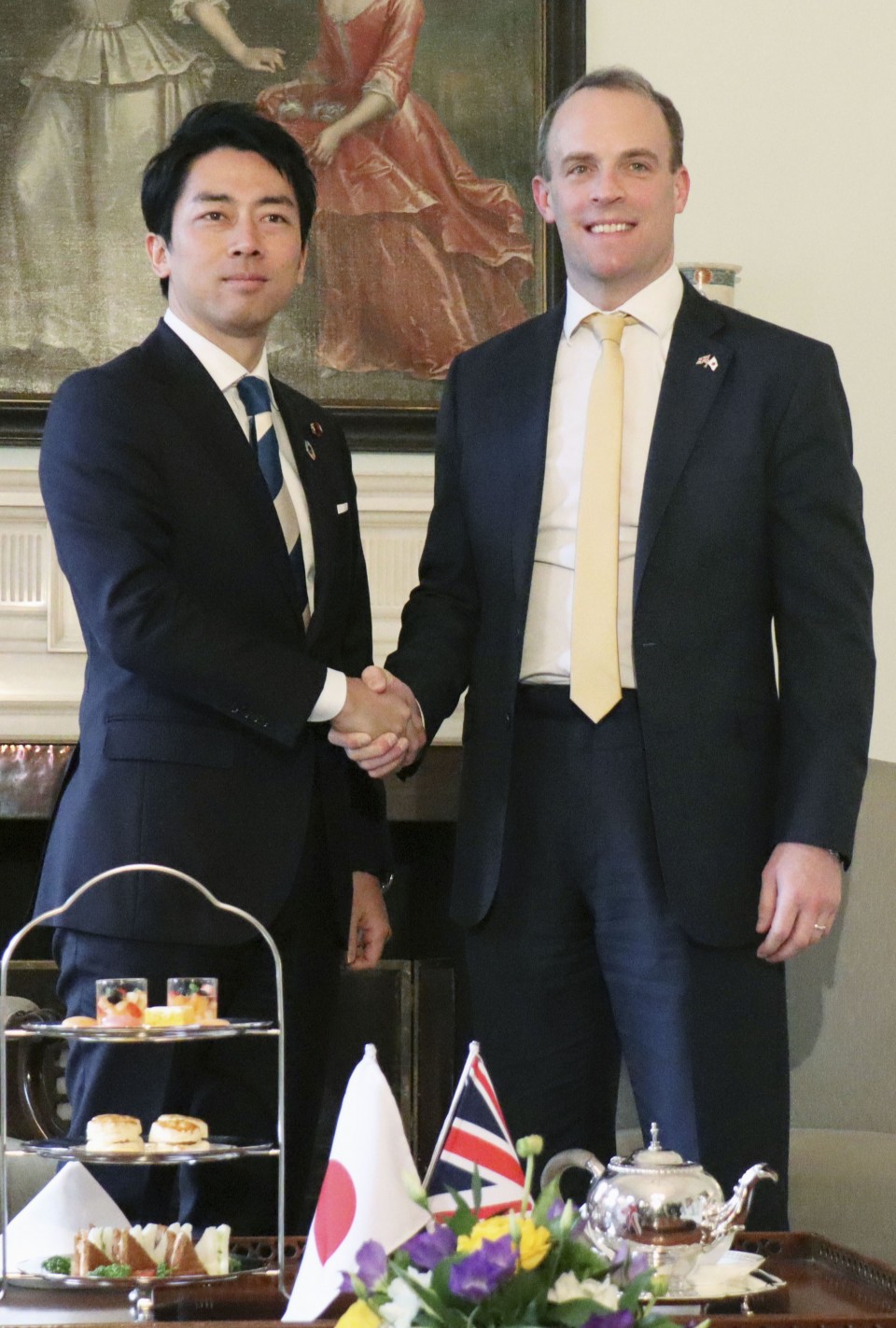 In a separate meeting later in the day, Environment Minister Shinjiro Koizumi said he and Raab affirmed their cooperation heading into the U.N. climate change conference scheduled for November in Glasgow, Scotland.

Speaking to reporters, Raab said it was an honor that Emperor Naruhito and Empress Masako had accepted Queen Elizabeth's invitation to make a state visit in the spring.

The trip, which is being arranged for sometime between April and June, would be the imperial couple's first overseas travel since taking the throne last May.

The British foreign secretary is on a four-country tour of the Asia-Pacific region, having already visited Australia, and is set to make stops in Singapore and Malaysia. The trip marks the start of a mission to ink early trade deals with Australia, Japan, New Zealand and the United States.