Japanese Baseball Hall of Fame catcher and former Nankai Hawks manager Katsuya Nomura died of ischemic heart failure early Tuesday morning, according to the Rakuten Eagles, the last club he managed. He was 84.

Nomura was one of Nippon Professional Baseball's greatest slugging catchers, amassing 657 home runs, 1,988 RBIs and 2,901 hits in 3,017 games over 26 seasons spent mostly with the Nankai Hawks, now known as the SoftBank Hawks.

The Kyoto Prefecture native once famously said, "Nomura minus baseball equals zero. There would be nothing left if you take baseball away from me."

Nomura's son Katsunori, a former catcher himself and the Eagles' strategy coach, said he was still in shock over the news of his father's death, which prompted him to return to Tokyo from Rakuten's spring training camp in Okinawa. 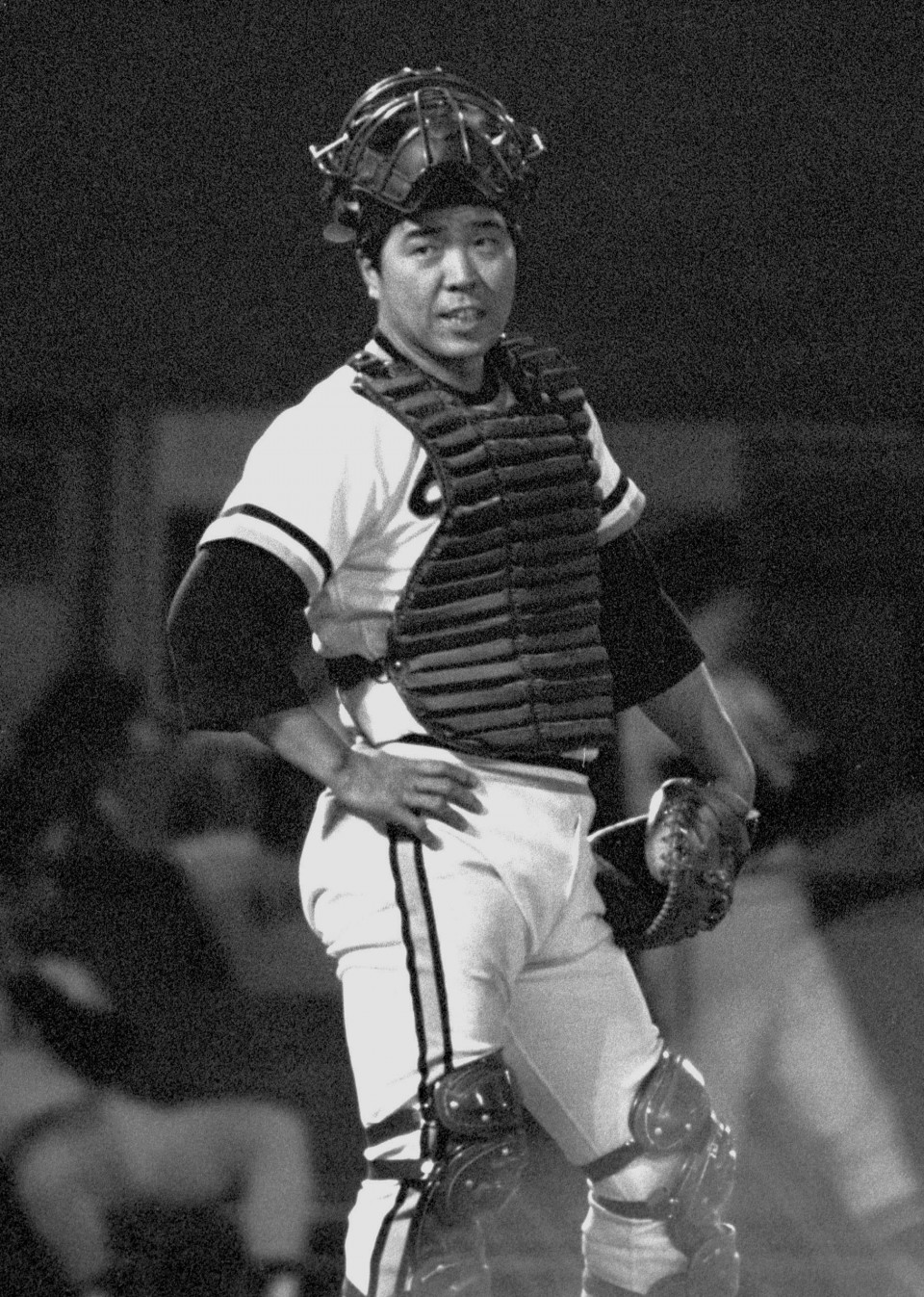 "To be honest, since it was so sudden, I don't have any real feelings yet, it's one of those things that you just can't accept," he said.

Before leaving for camp, Katsunori said he had a good talk with his father at home, noting that Nomura had a "gentle look" and seemed fine. He received a call around 2 a.m. on Tuesday with word that Nomura had fallen ill, an hour and a half before his death was confirmed.

Katsunori said he was proud to be the son of such a "great being" and had "all good memories" of his father, who also managed him during stints with the Yakult Swallows, Hanshin Tigers and Eagles.

Nomura began his 24-year managerial career in a dual role as player-manager of the Hawks in 1970 and led the team to the Pacific League title in 1973. 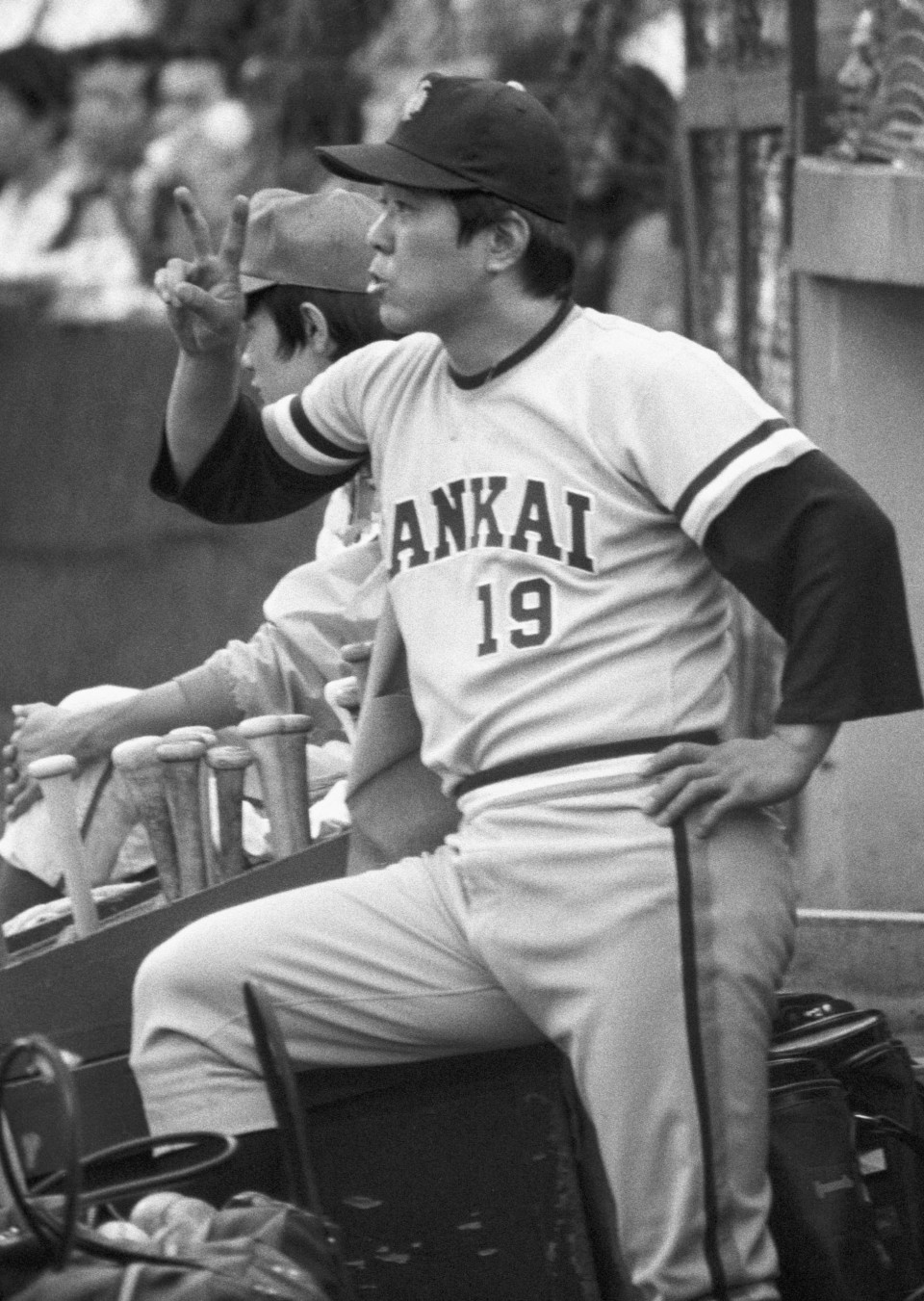 In addition to leading the Pacific League in home runs for nine seasons, eight of those consecutively, Nomura was a five-time league MVP and won 19 Best Nine awards as the league's top catcher.

After short stints with the Lotte Orions, now called the Lotte Marines, and the Seibu Lions, he retired from playing in 1980 at the age of 45.

In 1990, Nomura became the manager of the Swallows and led the club to four league titles and three Japan Series championships with an emphasis on data-oriented baseball. 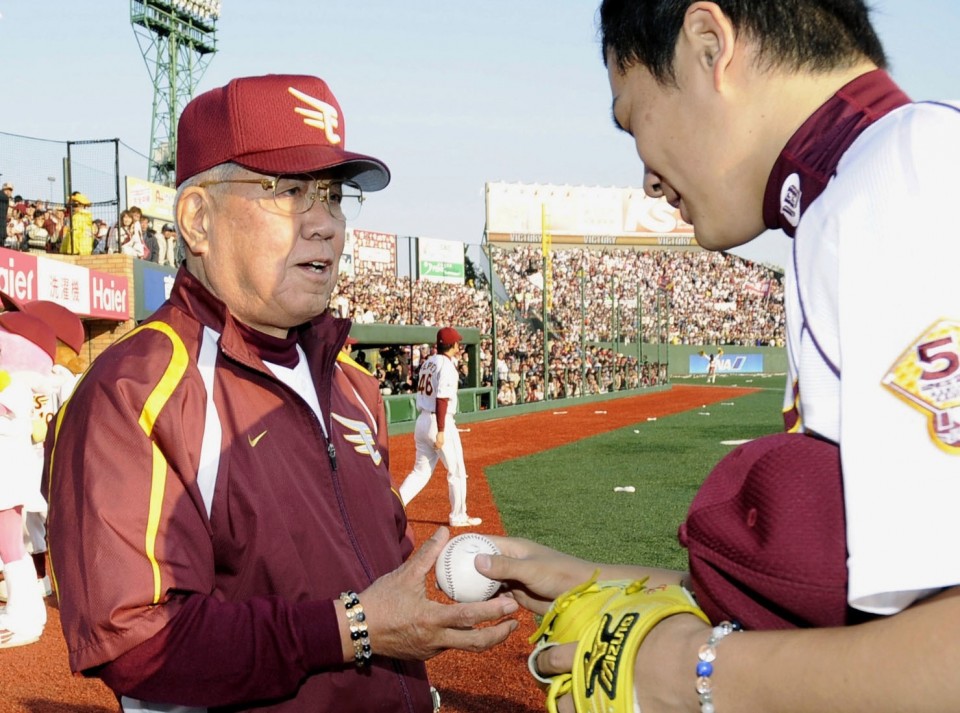 He skippered the Tigers from 1999 to 2001 but the Central League team finished last in each of his three seasons at the helm.

Nomura, nicknamed "Nomu-san," also managed the corporate team Shidax and led it to a runner-up finish in the national intercity baseball tournament in 2003.

Starting in 2006, he faced one of his most challenging managerial tasks as head of the fledgling Eagles, which lost 97 of 136 games in its inaugural season the year before.

Nomura successfully turned Rakuten into a playoff force over the next four years, and in 2009 the Eagles posted a best-ever second-place finish in the regular season and reached the second stage of the Pacific League playoffs.

His managerial career came to an end when the Eagles suffered a fourth straight loss to the Nippon Ham Fighters in the 2009 Climax Series. He was 74 when he finally took off his uniform.