Japan's Supreme Court rejected Tuesday calls by three survivors of 1945 U.S. atomic bombings to be recognized as sufferers of radiation diseases, which would cut their medical payments, ruling they do not meet the conditions for those in need of treatment.

The health of the three female plaintiffs, who have such conditions as cataract and thyroid inflammation, has been monitored but they were not actively treated for the illnesses. High court rulings were divided over whether to recognize them as radiation disease sufferers.

"To be recognized as a radiation disease sufferer, there must be a special condition, such as a high risk of an illness deteriorating or recurring," which makes the follow-up itself indispensable for treatment, the top court ruling said.

"I worry every day about when and where an illness may materialize," said plaintiff Tsutae Takai, 84, at a press conference in Nagoya. She was 9 years old in Nagasaki when the atomic bomb was dropped around 5.4 kilometers from her home. 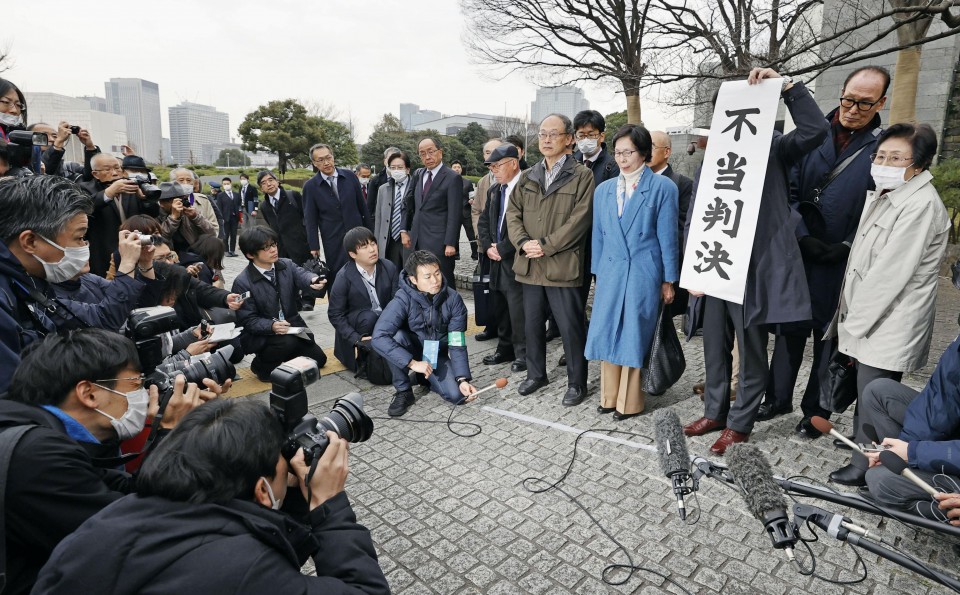 "My heart really broke," said another plaintiff, Toshiko Naito, 75, at a separate press conference in Tokyo. She was being carried by her mother at 11 months old in Hiroshima when the bomb was dropped.

"Everyone had supported us, so I'm really sorry that it has come to this," she said. "I don't know what to do right now."

The three plaintiffs had filed lawsuits seeking to nullify the government decision not to recognize them as radiation disease sufferers. Nagoya and Hiroshima high courts ruled in favor of the plaintiffs, while the Fukuoka High Court ruled against one of them.

"It was an unexpected ruling," said Sueichi Kido, executive director of the Japan Confederation of A-and H-Bomb Sufferers Organization.

People whose illness such as cancer is recognized by the government as caused by radiation from the U.S. atomic bombings of Hiroshima and Nagasaki and who still require treatment are exempt from medical payments and can additionally receive a monthly special allowance of about 140,000 yen ($1,265). 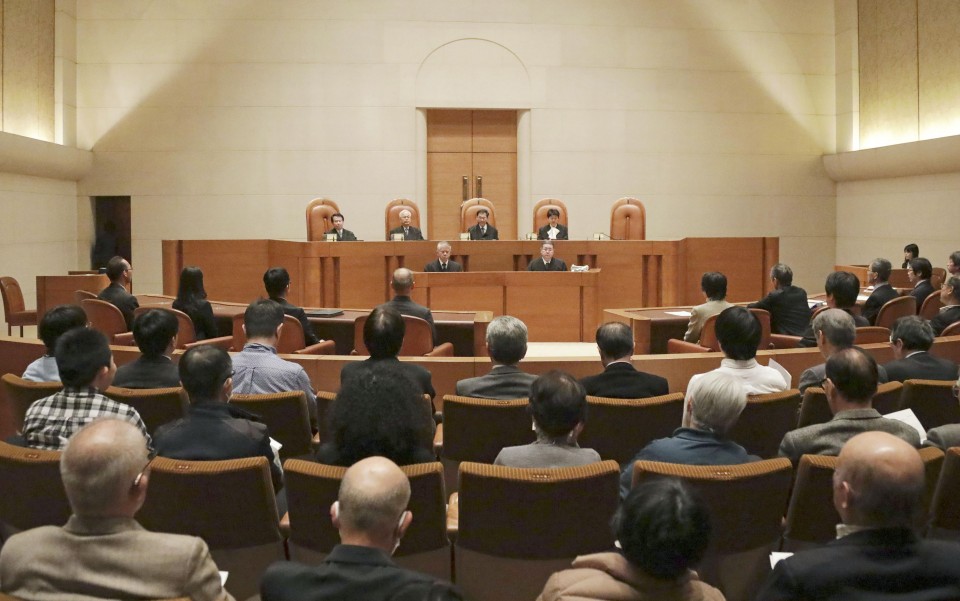 Many rulings have been made over the link between an illness and the atomic bombings, but it was the first trial that centered on the need for treatment in state recognition of radiation disease suffers.

In order to be recognized as sufferers of the atomic bomb, individuals have to be suffering from an illness caused directly by radiation, and also have to be in a condition that requires medical treatment.

"There is a possibility that (the plaintiffs) would become eligible for medical payments depending on how their condition develops," presiding judge Katsuya Uga said during the ruling.

As of late March last year, 145,844 people were atomic bomb survivors, according to the health ministry. Of them, 7,269 were receiving a monthly special medical care allowance for radiation diseases.

The Ministry of Health, Labor and Welfare did not issue an official statement following the ruling, but a senior ministry official said, "The government's assertion was recognized."

"The necessary conditions to be accepted (as a sufferer) were clarified," the official added.

Ex-U.S. official ruled out nukes on Okinawa after return to Japan

Hiroshima to demolish 2 A-bombed buildings despite some opposition