The Japanese women's trio, sisters Miho and Nana Takagi, and Ayano Sato, won the team pursuit in a world record time on the opening day of the ISU world single distances championships on Friday.

The team crossed the finish line at the Utah Olympic Oval in 2 minutes, 50.76 seconds, ahead of the Netherlands and Canada, shaving 0.11 second off their own world record set in the same venue in December 2017. 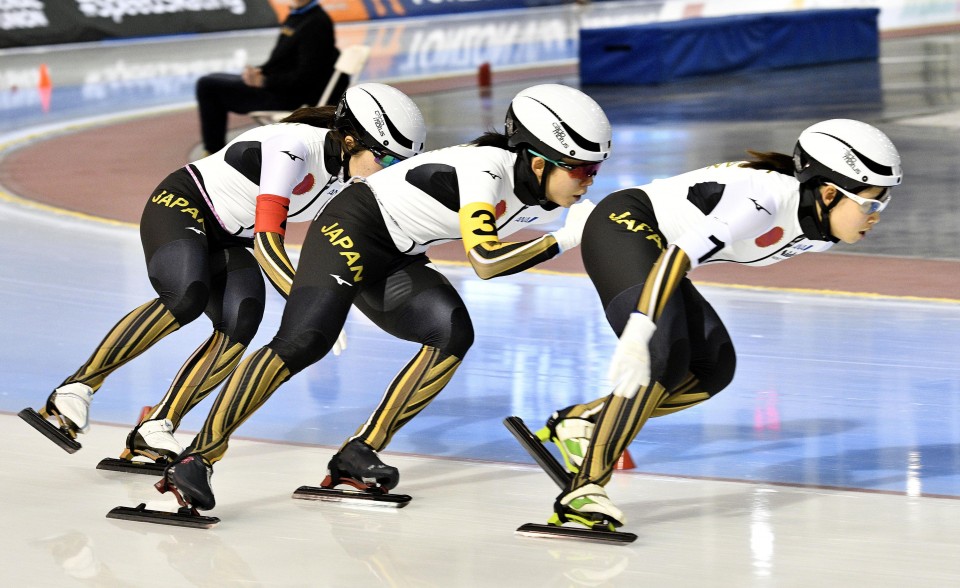 The Takagi sisters and Sato were also part of the gold medal-winning team at the Pyeongchang Winter Olympics.

"We had really fast lap times from the start, but each of us did what was required and persevered to the end," Nana Takagi said.

"This is the result of us designing a well-controlled training program and bringing ourselves to peak condition for this competition," her younger sister Miho said.

"I struggled to find my rhythm because of the delayed start time, but I focused and did the best I could. I guess you have to be really lucky to have the perfect conditions that allow for a world record to be broken," Kodaira said.

In the men's 500, Tatsuya Shinhama secured the final podium spot with a time of 34.03 while Pavel Kulizhnikov led Russia to a 1-2 finish in 33.72, followed by Ruslan Murashov.