Japan finished behind the Netherlands in the men's team pursuit at the ISU world single distances championships on Saturday.

The Dutch team crossed the line in 3 minutes, 34.68 seconds to set a new world record at the Utah Olympic Oval, while the Japanese trio of Seitaro Ichinohe, Shane Williamson and Riku Tsuchiya clocked 3:36.41, slashing 0.67 from the national record. 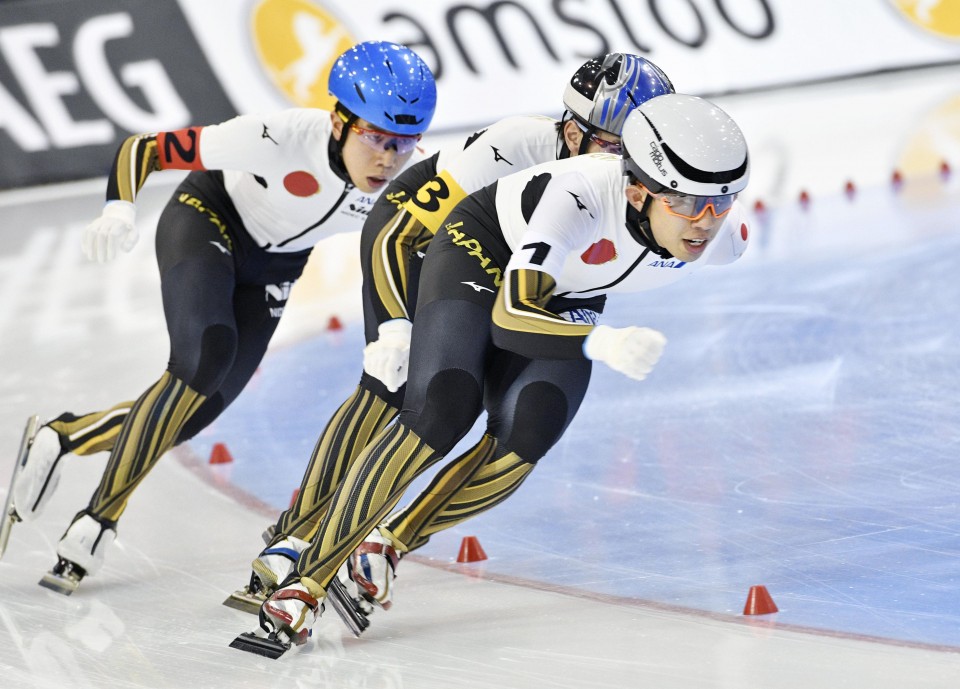 "We've targeted the world single distances championships this season so we've put everything into it," Williamson said. "It's been a difficult season, but I'm very glad we won a medal."

"My honest impression is that there was something off about my skate. It ended up being a disappointing race," Takagi said.