A Fukushima prefectural police helicopter transporting a heart for transplant crash-landed Saturday in the northeastern Japanese prefecture, injuring all seven persons on board, including one seriously, authorities said.

Three police officers, two technicians and two medical workers were on board the aircraft when it came down in a rice field in the city of Koriyama. It was taking the heart from a Fukushima hospital in the city of Aizuwakamatsu to the prefectural airport, local police said.

One of the medical workers has been seriously hurt but the injuries are not life-threatening, the police said. 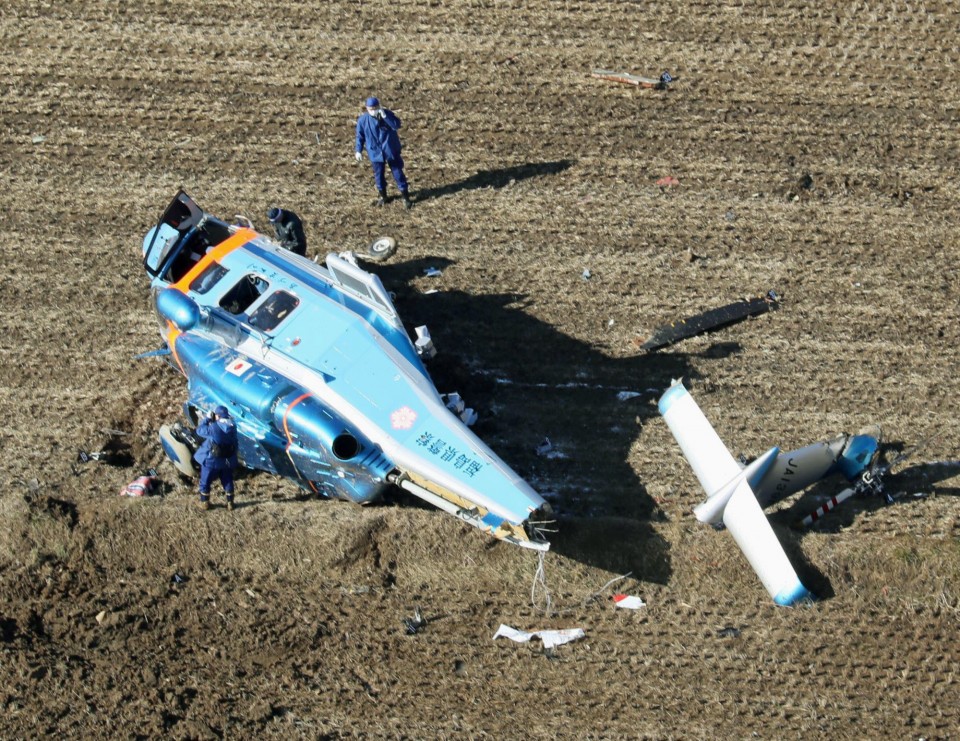 The heart had been extracted on Saturday from a man in his 50s at another hospital in Fukushima after he had been declared brain dead two days earlier, according to the Japan Organ Transplant Network.

The heart transplant operation, which had been scheduled for the University of Tokyo Hospital, was cancelled.

As donor organs can only be stored for a brief time, transplant operations must in principle be completed within four hours of organ removal.

The Fukushima meteorological office had issued a strong wind warning for Koriyama at the time of the accident, which occurred around 12 kilometers west of JR Asakanagamori Station. The tail and main rotor blades of the AgustaWestland AW139 snapped off on impact.

The regional rescue association said a call was made to emergency services around 8:10 a.m. The nearest residence to the crash site was around 200 meters away.