Justice Minister Masako Mori said Friday Japan's vice justice minister will travel to Lebanon, where he is expected to seek the handover of Carlos Ghosn, the former Nissan Motor Co. chairman who fled Japan late last year while on bail.

Hiroyuki Yoshiie is expected to meet with Lebanon's Justice Minister Marie-Claude Najm on Monday to discuss the return of Ghosn to face trial on allegations he misused Nissan funds and understated his remuneration by billions of yen for years. 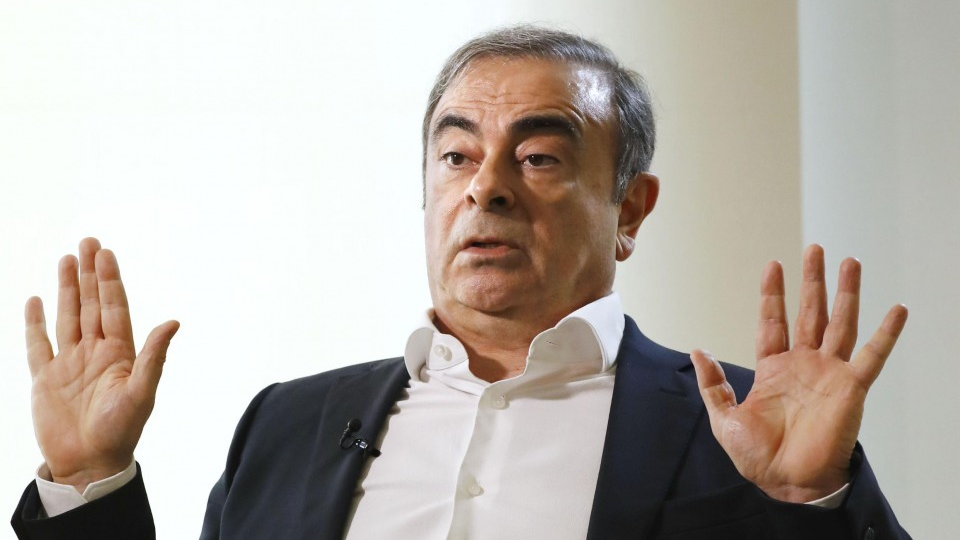 "We must consider various elements, including Lebanon's domestic laws and Japan's position," Mori said. "We would like Lebanon to correctly understand Japan's criminal justice system, and strengthen cooperation in the judicial field."

Tokyo has been requesting Ghosn's extradition through Interpol, but Beirut has indicated that it is unlikely to hand him over. Japan does not have an extradition treaty with Lebanon.

The 65-year-old former auto tycoon, arrested in 2018, was released on bail in April last year on conditions that included a ban on foreign travel.

On Dec. 29, Ghosn is believed to have left from Kansai International Airport in Osaka on a private jet, traveling to Lebanon via Turkey. He holds Brazilian, French and Lebanese nationality.

Japanese prosecutors have obtained a new arrest warrant for Ghosn on suspicion he left Japan illegally.

Ghosn, who has denied all allegations, said he fled Japan to escape from what he described as a "rigged" justice system.