When records are set in baseball, they so often occur at the confluence of favorable circumstances, the right player in the right place at the right time.

Although pitcher Carter Stewart did not set any records last year, by signing with the SoftBank Hawks instead of a Major League Baseball team, the 20-year-old made history as the first elite American amateur to sign his first pro baseball contract in Japan.

Stewart was the eighth player chosen among the 1,214 players selected in MLB's 2018 amateur draft, and only the most bizarre set of circumstances and the intervention of a neighbor changed his course and brought him to Japan.

That Melbourne, Florida, neighbor was Matt Skrmetta. A former reliever for the Hawks and Rakuten Eagles, Skrmetta has been a SoftBank scout for nine years. 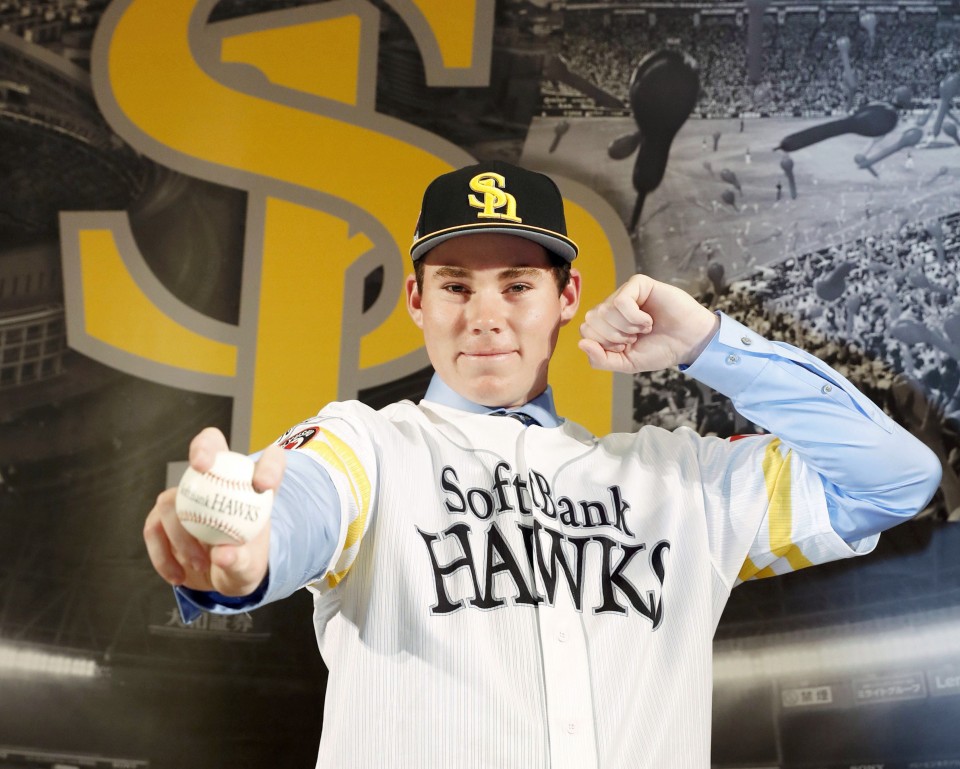 "I started working with Carter in our hometown at the age of 13, almost 14," Skrmetta told Kyodo News in a recent interview. "I helped coach a high school team for my best friend and he (Stewart) was on the team."

Skrmetta said Stewart grew up a lot in high school, gaining focus following the suicide of his older brother.

"He kept getting better and better, and before you know it, there are all 30 (major league) teams at every game," Skrmetta said.

But the book appeared to slam shut on the fairytale story after the Atlanta Braves discovered an old injury, using that as a rationale to offer him a much smaller signing bonus.

"A long time ago, six years prior, he hurt his wrist," Skrmetta said. "He ended up missing one high school game, hitting-wise, not a start in the rotation, because his wrist was sore. After he got drafted, he did the physicals, and they said, 'Oh, you're hurt,' and they ended up just offering him 40 percent of his (roughly $5 million) slot bonus."

"Throwing with him all the time, I can tell you he wasn't hurt. But we all have old injuries and things that MRIs show. He ended up going to the local junior college, looking to get drafted again."

After an arbitrator ruled on a players' union grievance in the Braves' favor, the Stewart family was receptive to an offer from Japan. They then visited Fukuoka to scout out the territory before making a decision and signing at the end of May.

"Carter has known about Japanese baseball for a long time, seeing some videos as he grew up," Skrmetta said. "He's smart. I think he wants to go over there and learn."

"He loves challenges. When we play golf, his dad really challenges him a lot and he responds. This is a big challenge, and he feels like a trailblazer. He's a 'shokunin' (the Japanese word for artisan). His dad's an engineer, so they're very engineer-minded. I'm so happy to see him working hard. He's so talented that he's never had to. That's super exciting."

Before he left Japan for his winter break, the Hawks' training staff handed him an offseason workout program.

Asked about his physical condition in December, Skrmetta said, "He's sore. But that's a good thing." 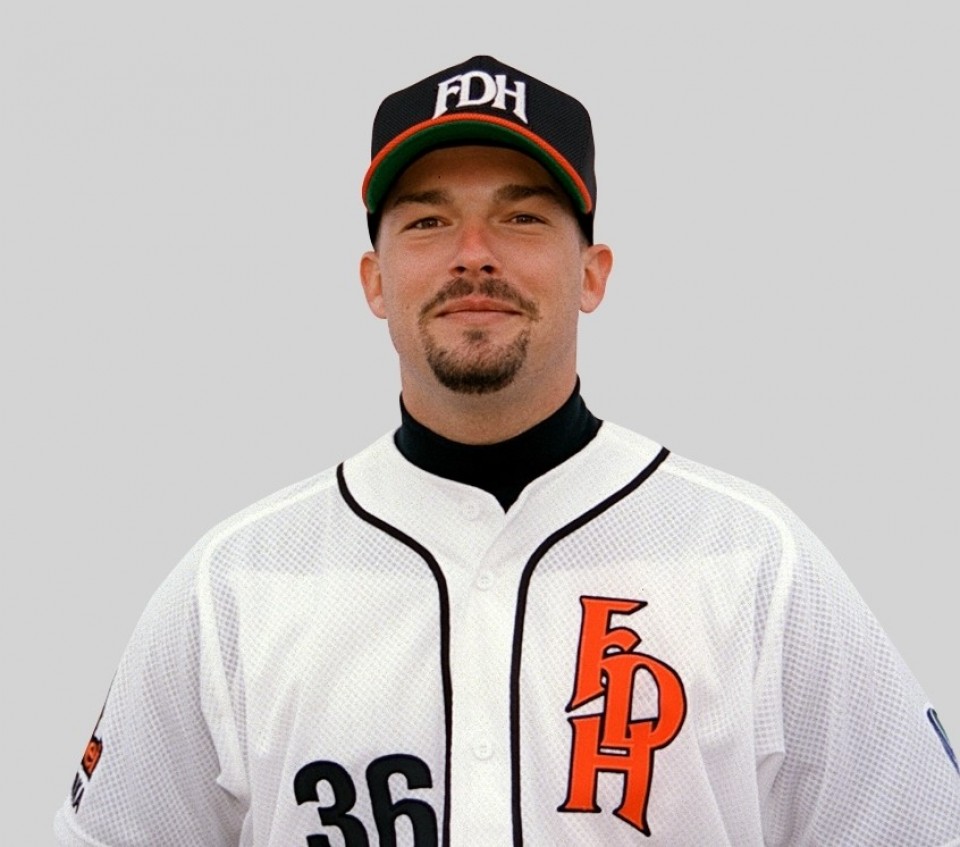 Skrmetta knows from his own failures that Japan demands adjustments on and off the field and admits that was why his own time here was so brief, just 18 games for the Hawks in 2003 and five for the Eagles two years later.

"I might have been 29 or 30, but mentally, I was much younger, more immature," he said. "Back then I was very 'America sick,' not homesick but America sick. Things weren't the same. Having never changed cultures, it was really tough. The first month was easy, and then it started getting harder and harder."

"The more I pitched, the more they started to know how I pitched. They're smart with video. Now, as an older, more mature person, I can see that I didn't make any adjustments. Then when I went to Rakuten, I never did the math on why that happened, and it was the same thing. I don't want to say I was dumb, but I was more ignorant to what was going on."

That experience, however, is now aimed at helping the Hawks' overseas players succeed where he himself failed. But it's not just him. The Hawks have shown a knack for developing youngsters, both unheralded Japanese and Cubans.

Ace pitcher Kodai Senga and No. 1 catcher Takuya Kai were both unselected in Nippon Professional Baseball's regular draft. At the same time, the Hawks have also helped develop Cuban lefty Livan Moinelo, who joined them at the age of 21.

"The Hawks are getting used to dealing with younger kids," Skrmetta said. "Our interpreters are amazing. They do such a good job. They're not just bilingual. They can speak Spanish, English and Japanese."

"If it was my son at 18, I would want him in Japan learning how to play the game, then go to America and learn. The fundamentals they teach (in Japan) will last you a long time. In Japan, they're continuing to study and learn things. And when you're in the minor leagues (in America), you don't get a lot of coaching."

The combination of the Hawks' development infrastructure and the club's strong finances make SoftBank the perfect team to try this for the first time.

"I think a lot of the Japanese development programs may fear they don't have anything set in," Skrmetta said. "I don't think a lot of teams have the financial backing to do it. We're fortunate with SoftBank to have that expendable money to open that box."