Ethiopian refugee prepares for Tokyo Marathon with eye on Olympics

A runner who fled Ethiopia nearly a decade ago is preparing for Sunday's Tokyo Marathon with hopes of returning to Japan this summer as a member of the Refugee Olympic Team.

Yonas Kinde, 39, who competed at the 2016 Rio de Janeiro Olympics, has been training this week with a university athletics team in Tokorozawa, near Tokyo, after receiving an invitation from Tokyo Marathon organizers to run in the elite division of the race.

"I'm in good condition," he said during training on Thursday. "I hope the weather will be nice, and (I want) to find a good pace for me and record my fastest time at the Tokyo Marathon." 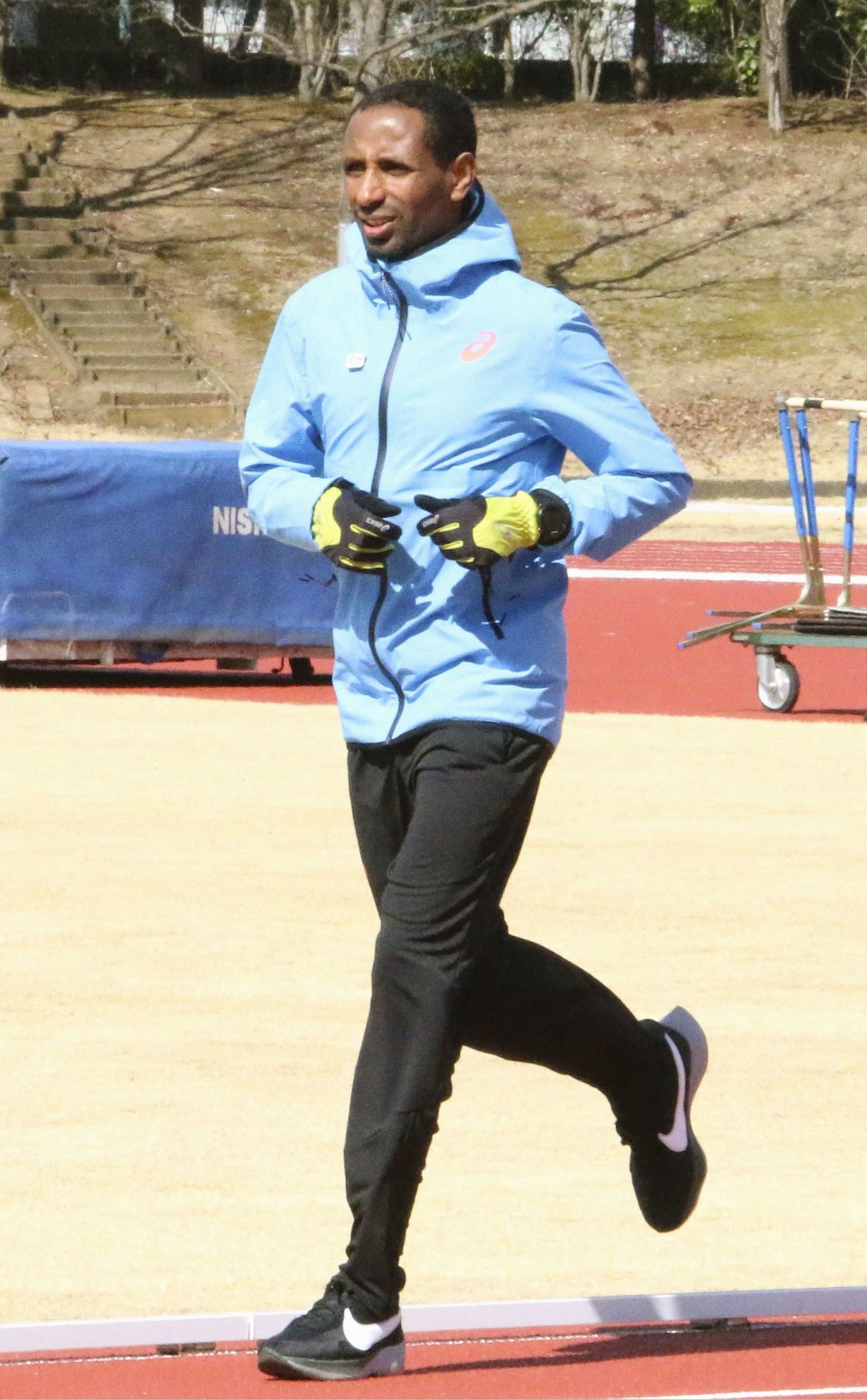 He opened his training with the Waseda University team to reporters on Thursday, jogging slowly around a running track and stretching in front of cameras.

Kinde fled from Ethiopia to Luxembourg for political reasons five years before being selected by the International Olympic Committee to the first-ever refugee team at the Rio Games.

The team consisted of 10 athletes originally from such countries as the Democratic Republic of Congo, South Sudan and Syria. They competed in athletics, judo and swimming.

"We came from different backgrounds, different countries, we were talking in different languages we didn't know before," he said. "In a short period of time, we became one team. I felt like a family."

The IOC decided in 2018 to form a refugee team for the Tokyo Games, and has provided scholarships to athletes, including Kinde, aiming for an Olympic spot. It will announce those who will compete at the Olympics in June.

"(Even) if I am (not selected), there will be another athlete for the Refugee Olympic Team. They will represent me and the refugees from around the world."

He aims to beat his personal best of 2 hours, 17 minutes, 12 seconds at the Tokyo Marathon, which has been downsized to include only elite competitors as an emergency measure to prevent the spread of a new coronavirus.

Waseda University runner Hiroki Sumiyoshi said, "It's hard to put it in words, but as an athlete I am inspired by the way he overcame difficulties. Being with him is a motivation."

The annual race will start at the Tokyo government building in Shinjuku Ward and pass by iconic landmarks in the Japanese capital, including the Kaminarimon "Thunder Gate" in Asakusa and Tokyo Tower.