The United States and South Korea will postpone, until further notice, joint military exercises planned for the spring due to the spread of the new coronavirus, the two sides said Thursday.

South Korea has been hit by a rapid rise in infections, with the total topping 1,700 as more than 500 new cases were reported Thursday.

An official of South Korea's Joint Chiefs of Staff said the postponement was made for the safety of both South Korean and U.S. soldiers, and for the need to contain the epidemic after the nation elevated the alert status for COVID-19 to its highest level.

A number of South Korean military personnel have contracted the virus, while the U.S. military said Wednesday one of its soldiers serving in South Korea had tested positive, the first case of infection among U.S. service members.

With 505 new cases reported Thursday, the number of infections has reached 1,766, while the overall death toll has risen to 13, according to the Health and Welfare Ministry.

Of the new cases, 422 were in the southeastern city of Daegu, at the center of the rapid transmission of the pneumonia-causing virus.

Most cases confirmed in Daegu are linked to a branch of a minor Christian sect known as Shincheonji Church of Jesus.

The latest death case of the virus was a man in his 70s and is still being investigated. 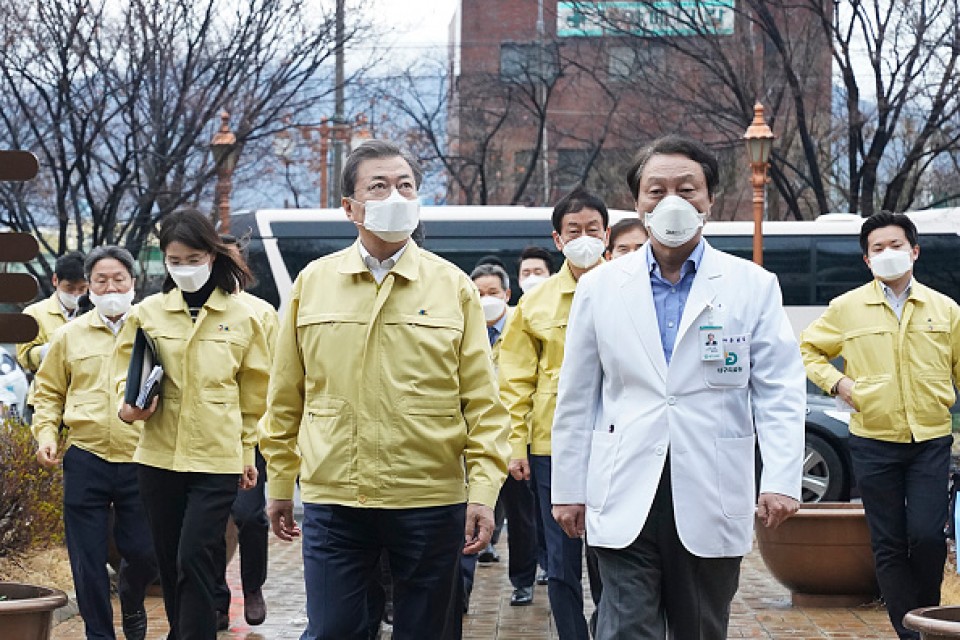 The surge in infections in South Korea has prompted some countries to restrict travel to and from the country. Japan has banned entry by foreign nationals who have visited Daegu and the neighboring county of Cheongdo, also hit hard by the outbreak.

On Wednesday, Vice Foreign Minister Cho Se Young summoned Koji Tomita, Japanese Ambassador to South Korea, to call on Japan to withdraw the measure, the minister said in an interview on local TV on Wednesday night.

During their meeting in Seoul, Cho conveyed his government's view that "excessive" entry restrictions are not desirable, he said, adding that it is working hard to contain the outbreak.

The ambassador responded that Japan's measure is the "minimum necessary" to ensure the safety of its citizens, according to Cho.