A recent survey on foreign visitors to Japan found that more than a half of those surveyed were not provided with information on the new coronavirus at hotels they were staying, such as where the infection had spread and what precautionary measures could be taken.

The survey, conducted on 256 tourists between Jan. 29 and 30 by Survey Research Center Co., discovered that 55.5 percent of the visitors had to look for information about the outbreak on their own.

The visitors were surveyed at Tokyo Tower at a time when the first suspected case of human-to-human transmission of the virus was reported in Japan and the government started bringing back citizens on charter flights from the central China city of Wuhan where the outbreak began.

Of the 256 respondents, 66.8 percent said they tried to collect information on the epidemic through websites from their home country, followed by 55.1 percent who relied on social networks and online communication with friends. 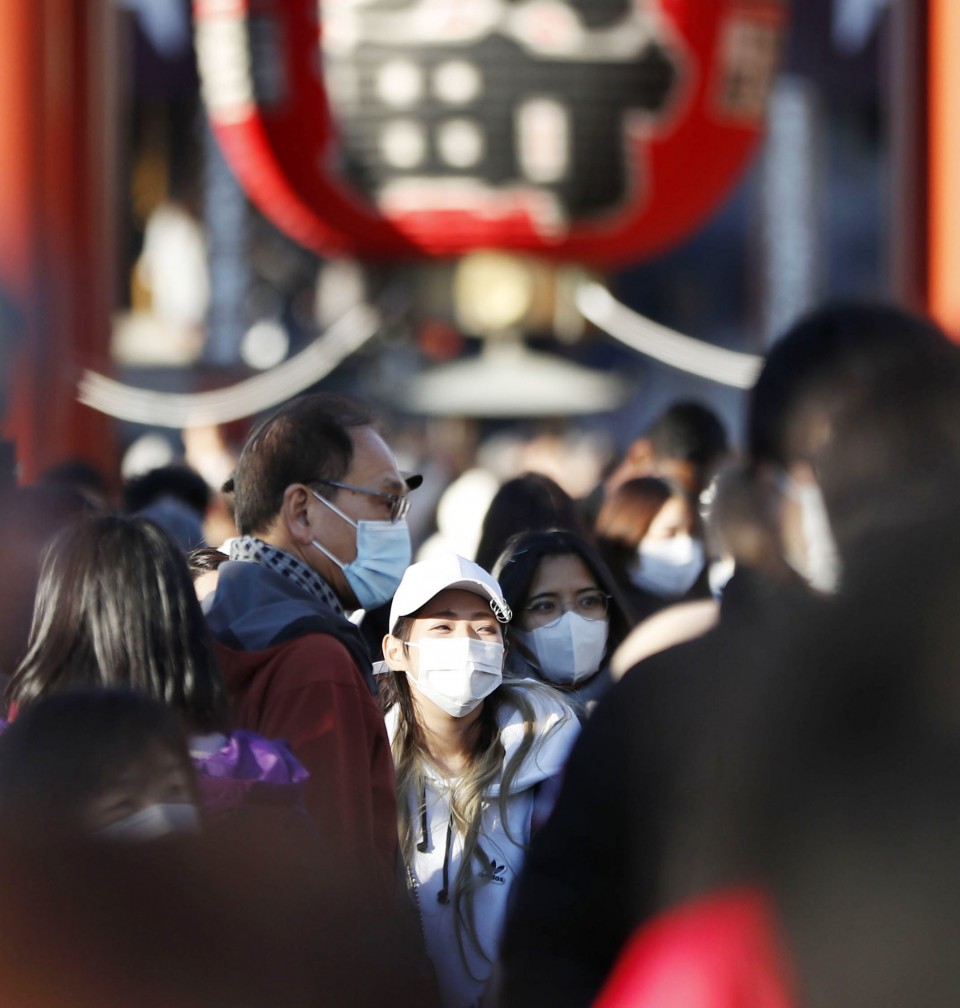 Those who gained information from Japanese TVs and radio totaled 19.1 percent. Of all the respondents, only 4.7 percent picked the Japanese broadcast media as the most useful source of information, while 48.2 percent found their home country's news media most helpful.

As of Wednesday, the number of people infected with coronavirus in Japan has topped 200, with most them on a quarantined cruise ship.

With the number of the infected growing in Japan, tourism experts fear that more foreign tourists will avoid choosing Japan as a travel destination, dealing a blow to the country's economy.

Japan, which hosts the Olympics and Paralympics in Tokyo in the summer, aims to attract 40 million foreign tourists this year.