Passengers and crew of a luxury cruise ship that had been turned away from at least five ports in Asia over coronavirus fears are now stranded in Cambodia after all airlines have refused to carry them, according to government sources.

The situation arose after Malaysia announced that a U.S. woman who flew to Malaysia on Friday after disembarking from the Westerdam ship in the southwestern port of Sihanoukville earlier that day tested positive for the virus.

The Cambodian government allowed the ship to dock on Thursday on humanitarian grounds, after it had been turned away by Japan, Taiwan, the Philippines, Guam and Thailand.

To date, less than 1,000 of its 2,257 passengers and crew have left Cambodia, with 1,255 of them having disembarked from the ship beginning Friday morning.

Cambodia and stakeholders including the United States have approached some airlines to fly them out including commercial flights and tried unsuccessfully to charter ones with different destinations including Japan and Dubai, according to the sources.

Prime Minister Hun Sen posted on his Facebook page on Monday that "a total of 500 multinational tourists, after having medical check-ups, found no positive signs of COVID-19 and are currently given temporary accommodation at Sokha Hotel in Phnom Penh."

"Clearly, if their countries do not care about their citizens, Cambodia will be responsible because they have now come to a safe place in our country."

Mean Chanyada, spokesman of Phnom Penh Municipality, told Kyodo News that he had joined in leading a tour in Phnom Penh for about 100 passengers out of those staying at Sokha Hotel late Monday. 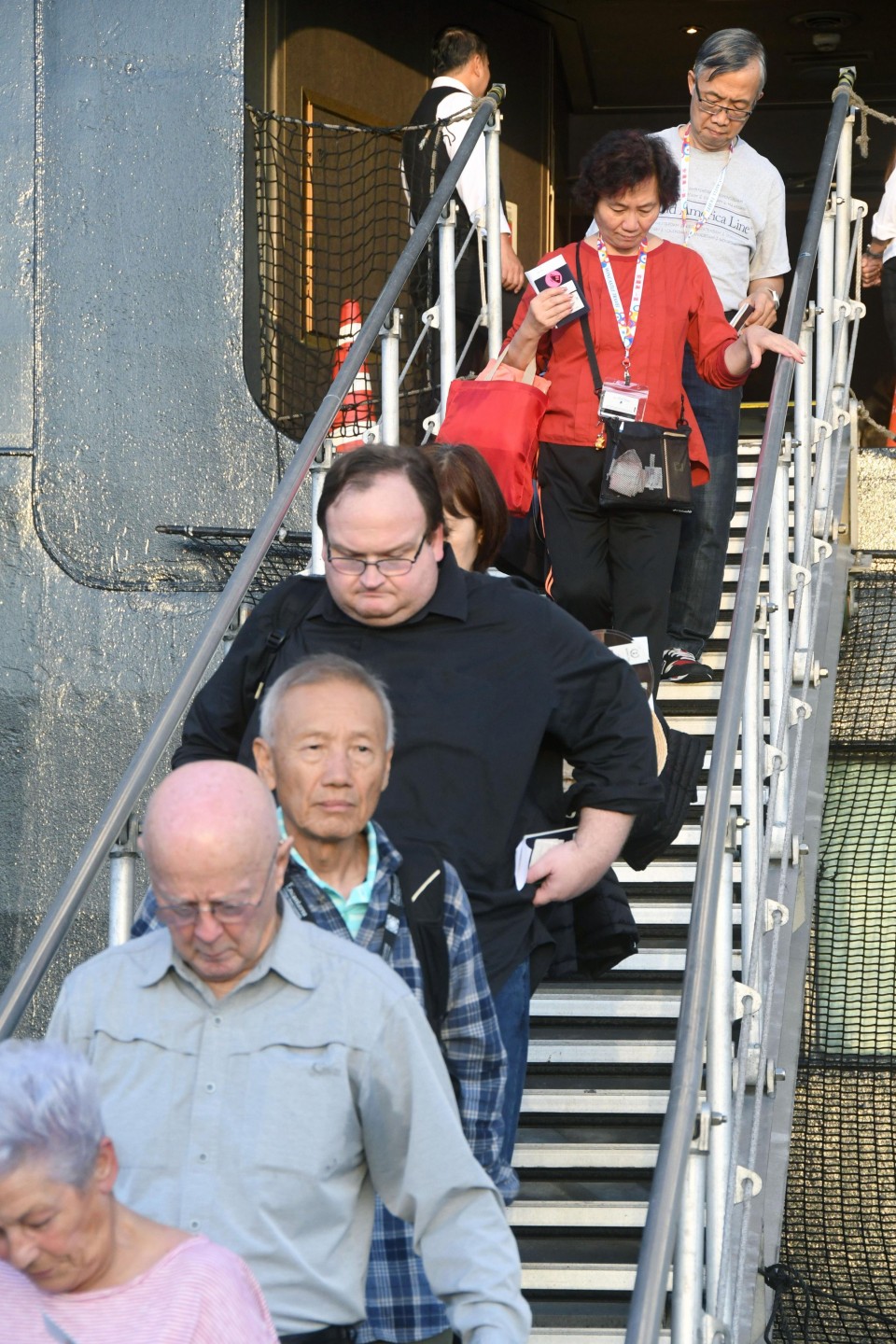 (Passengers disembark from the Westerdam cruise ship at the port of Sihanoukville, Cambodia, on Feb. 15)

Deaths rise to 1,868 in China as nation battles against epidemic

When the Westerdam docked at Sihanoukville, its passengers and crew were warmly welcomed by Hun Sen who, without wearing a mask, also presented them with rose flowers and traditional scarves.

The Westerdam, carrying 1,455 passengers and 802 crew, departed Hong Kong on Feb. 1 for a 14-day East Asia cruise that was to end in Yokohama.

Before giving the Westerdam a green light to dock in Sihanoukville on Thursday, Cambodian health authorities collected samples from 20 passengers who had been ill. All tested negative for the new coronavirus.

The 83-year old woman who tested positive in Malaysia was not among them, according to one health official who was on the Westerdam taking those samples for testing.

Government sources said all those remaining in Cambodia are now required to undergo such tests for the virus.