South Korea reported a further 100 new coronavirus infections on Friday, amid signs that more cases would likely emerge among members of a religious group at the center of the country's largest outbreak.

The municipal authority of the country's fourth-largest city, Daegu, where the group has a branch, said earlier that some 400 of the sect's roughly 3,500 members had shown symptoms of an infectious disease.

With total infections increasing nearly sevenfold to 204 over three days, the government on Friday designated Daegu and its surrounding region an "infectious disease special management zone" to contain the outbreak. 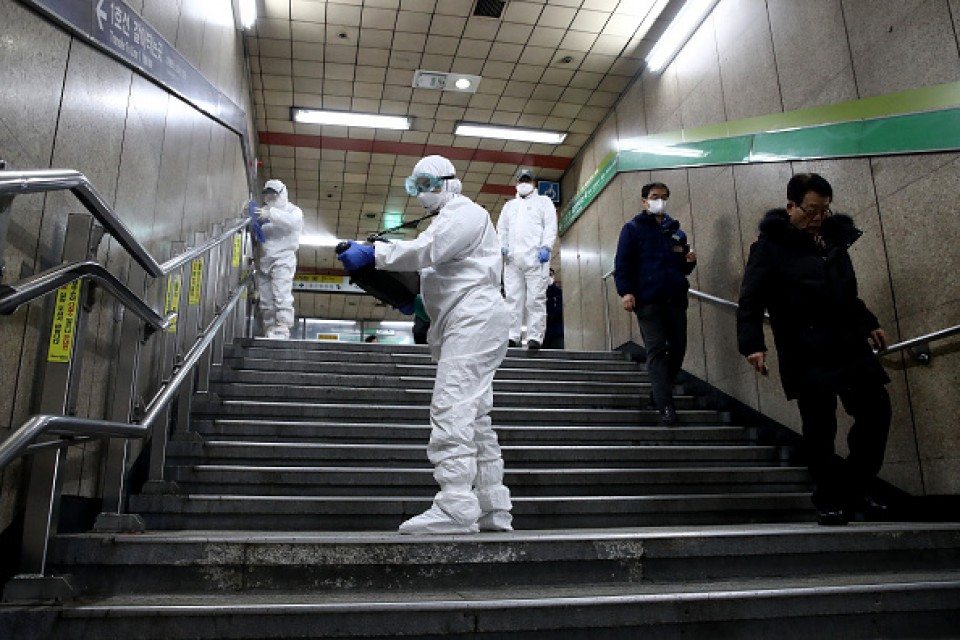 Of the 100 new cases reported Friday, 85 were members of the religious group, known as Shincheonji Church of Jesus, the Health and Welfare Ministry said in a statement.

Three cases of infection have also been confirmed among military personnel, the military said.

In a briefing on Friday, Daegu Mayor Kwon Young Jin said the city has canceled or postponed all major events planned for March. He also requested that all kindergartens in the city be closed.

Seoul Mayor Park Won Soon indicated that to prevent the spread of the virus, the capital will ban all gatherings at Gwanghwamun Plaza, the main public square in the city center, for the time being.