The Los Angeles Angels are hoping two-way star Shohei Ohtani, who is recovering from elbow and knee surgeries, will return to the mound in mid-May, general manager Billy Eppler told reporters Tuesday.

Eppler said the knee operation pushed back Ohtani's rehabilitation protocol after a Tommy John elbow surgery, but the 25-year-old Japanese will be available as a designated hitter on opening day.

And then I sat down with that information with (Angels manager) Joe Maddon and (pitching coach) Mickey Callaway," Eppler said.

"We're targeting about a mid-May return on the mound for Shohei. He would be able to begin the year as a DH, pending no other unforeseen things happen between now and then," he said.

Ohtani had reconstructive elbow surgery in October 2018 and surgery on his left knee last September. He missed the final 15 games of the 2019 season to repair a bipartite patella, a rare congenital condition in which his kneecap is made up of two bones instead of one. 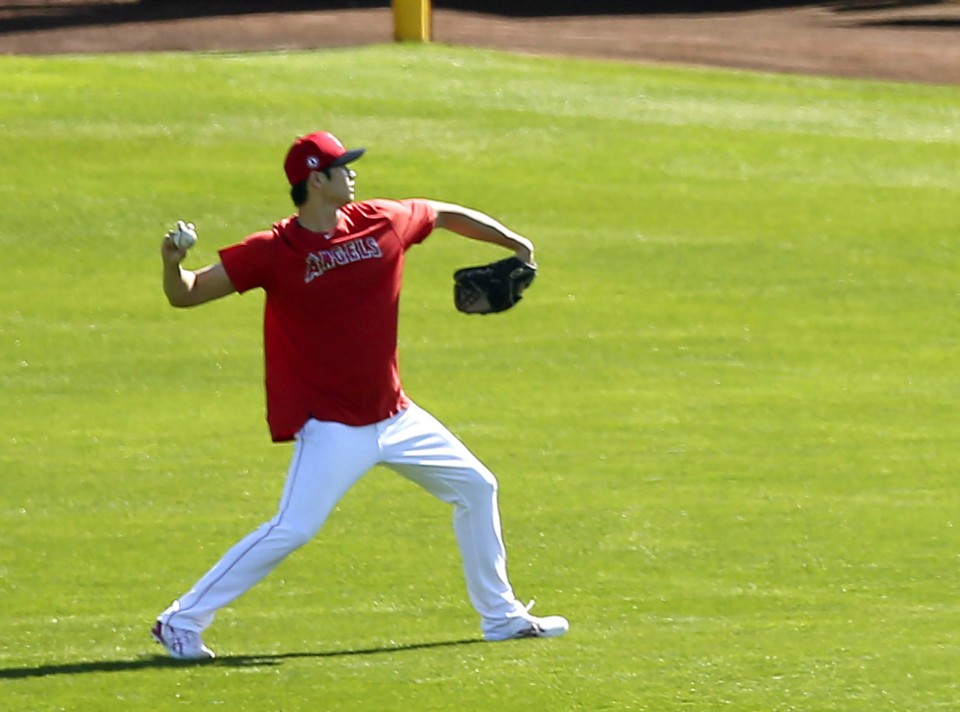 (Shohei Ohtani of the Los Angeles Angels throws during practice in Tempe, Arizona, on Feb. 10, 2020.)

After the Angels open the season on March 26 and Ohtani begins his third season as DH in the majors, he will make "a handful of" rehab starts in the minors until he builds up to the requisite workload, Eppler said.

"Because of a new rule in Major League Baseball that's been implemented, we will be able to pitch him in a rehab game without having to place him on the injured list so that he can stay active as a hitter for us."

On Tuesday, Angels pitchers and catchers reported to spring training at Tempe Diablo Stadium, and Ohtani took a physical.

Eppler said Ohtani will "just push back a little bit" in spring training, getting on the mound a little later than the other pitchers. "He is still throwing. He has not been shut down. He was still keeping his arm activated (in Japan during the offseason)."

When asked whether he was disappointed that Ohtani will not have pitched from start to finish in any of his three seasons in the majors, Eppler said the value he brings to the team makes it all worth waiting for.

"Shohei Ohtani is a huge talent for us and I think it's very evident to everybody the contributions that he makes, so I wouldn't characterize anything as disappointing," he said.