A late goal from Leandro gave FC Tokyo a 1-0 win Tuesday over Australian side Perth Glory in the Asian Champions League.

Following a 1-1 draw away to Ulsan Hyundai in their opening Group F clash, Kenta Hasegawa's men looked set for another stalemate until Leandro made the breakthrough in the 82nd minute at Ajinomoto Stadium. 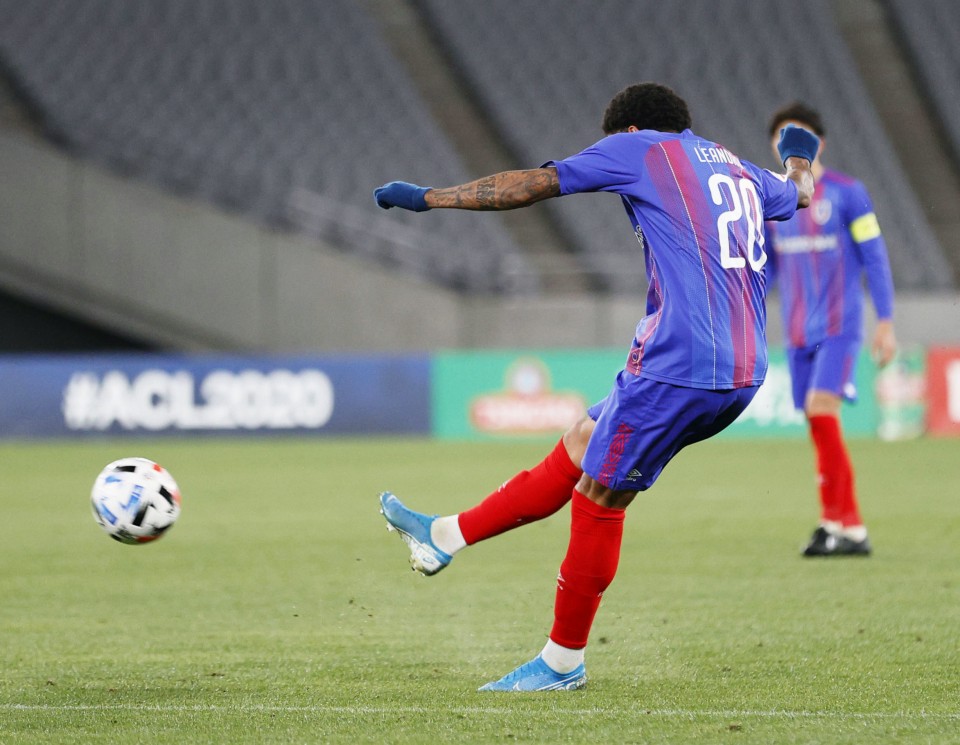 Playing a one-two pass with midfielder Shuto Abe, the Brazilian winger received the ball at the top left of the box before curling a right-footed shot into the top right corner.

Glory, coached by former Sanfrecce Hiroshima defender Tony Popovic, frustrated the hosts but created few opportunities of their own.

Their best chance came in the 60th minute when Uruguayan forward Bruno Fornaroli hit the side netting after his team retook possession off an attempted clearance.

Hasegawa praised his side for keeping their composure, while crediting the introduction of midfielder Kazuya Konno in the 59th minute with helping open up the stubborn Perth defense.

"I'm pleased that we were able to stick to our game without getting impatient," Hasegawa said.

"Konno changed the flow of the game. The different shape he gave us put pressure on our opponents, leading to Leandro's shot. Getting these three points at home was really important." 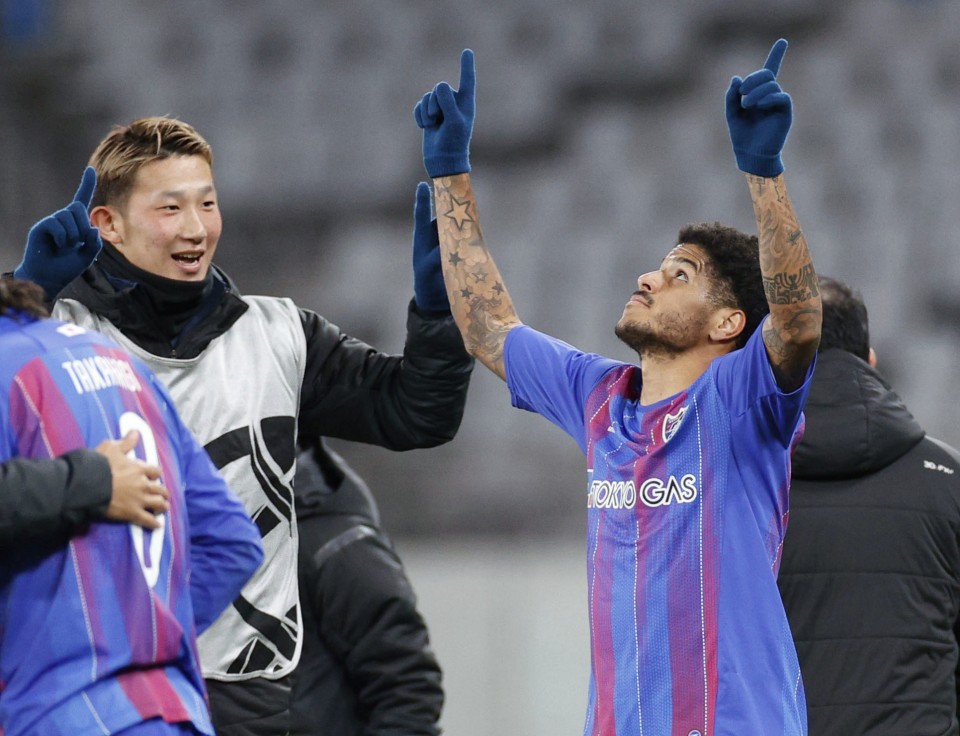 FC Tokyo had looked the more dangerous side in a first half that produced only one shot on target -- a late volley from Ryoya Ogawa straight to the gloves of Perth keeper Liam Reddy.

Having been among FC Tokyo's best last week in Ulsan, Leandro was once again in the thick of the action. The loan signing from Kashima Antlers found fellow Brazilian Adailton in the box off a set play in the 15th minute, but the attacking midfielder sent his header over the bar.

Following a run through the Perth defense midway through the half, Leandro threaded a pass into the area for Diego Oliveira, whose attempt was deflected out for a corner.

With the victory, last year's J-League runners-up move to the top of the group, which also contains Chinese side Shanghai Shenhua.

All matches involving Chinese clubs in the first half of the group stage have been postponed in response to the ongoing outbreak of a new coronavirus.

Vissel Kobe will continue their Group G campaign away to Suwon Bluewings of South Korea on Wednesday, while Yokohama F Marinos will host Group H opponents Sydney FC in a clash of domestic league champions.