Thirteen days into spring training, 18-year-old Roki Sasaki threw 25 pitches on Thursday in his first bullpen session since turning pro this year with the Lotte Marines of Japan's Pacific League.

Although the pitcher himself was less than impressed, he drew rave reviews from the former big leaguers on the Lotte staff.

Sasaki's fastball as a high school senior repeatedly exceeded 160 kilometers (99.4 miles) per hour last summer in competition. He was scouted by at least 20 of Major League Baseball's 30 teams before he was taken by the Marines in October's amateur draft.

Pitching coach Masato Yoshii, who pitched five years in the majors, has had the lanky 1.9-meter right-hander on a slow progression since the start of camp. Although Sasaki threw hard, the youngster appeared dissatisfied with his first effort. 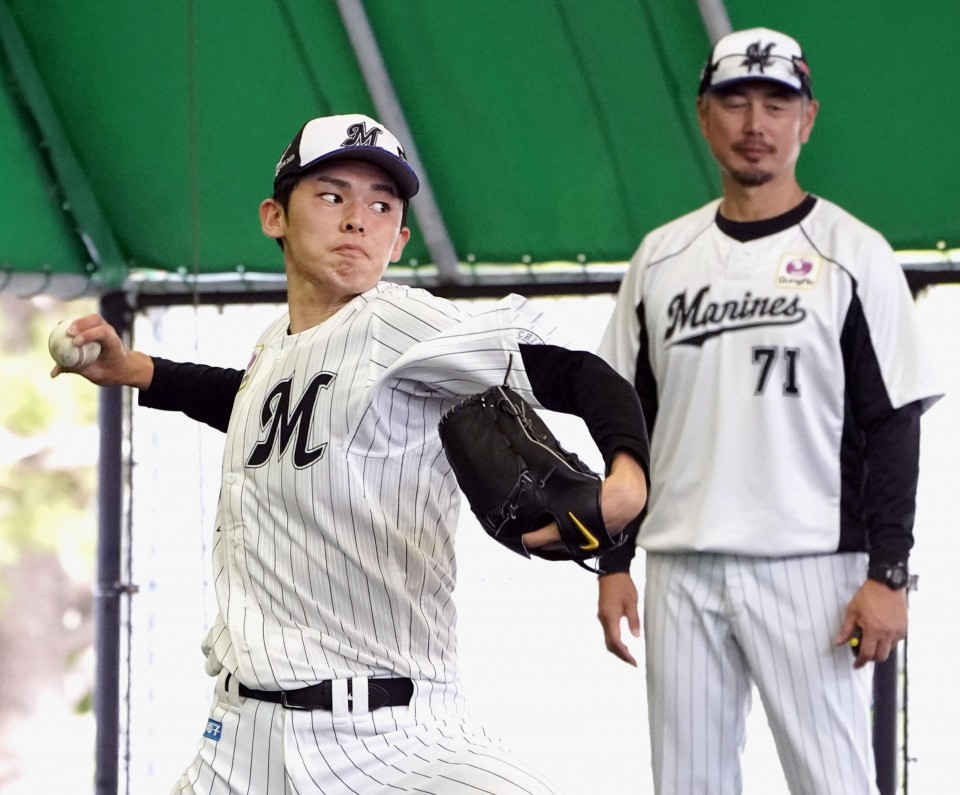 "I was completely useless," he said.

No velocity readings were made public, but catcher Tomoya Kakinuma said, "It felt like he was throwing about 155 kph (96.3 mph). It looked like he might break my mitt."

"He throws really hard with a very fluid motion."

"I know we're still in the early stages, but of all the bullpen sessions I've seen so far that's No. 1," Iguchi said.

Yoshii joined in the gushing.