Japan quarantined a cruise ship that arrived at a port in Yokohama on Monday evening after an elderly male passenger on the vessel was found infected with a new coronavirus when he disembarked in Hong Kong late last month, the health ministry said.

Several dozen quarantine officers are checking the health of all the 2,500 passengers and 1,000 crew members, the Ministry of Health, Labor and Welfare said.

At least seven people on the ship said they feel ill and the results of their tests will be available Tuesday, a government official said.

Officials said the same day that the health ministry will take samples from possible coronavirus patients to determine whether they are infected with the deadly pneumonia-causing virus.

Earlier Monday, Prime Minister Shinzo Abe said that Japan will coordinate closely with the World Health Organization to prevent the outbreak of the virus from impacting the Tokyo Olympics and Paralympics this summer.

The government is stepping up efforts to stem the spread of the virus, which originated in Wuhan in central China, with 20 cases of infection confirmed in Japan so far.

Abe said the development of a rapid test kit for the virus is under way so more institutions, including private ones, can conduct screenings.

"We will closely work with the World Health Organization and others to make sure that preparations for the Olympics and Paralympics will steadily proceed without an impact (from the outbreak)," he told a parliamentary session. 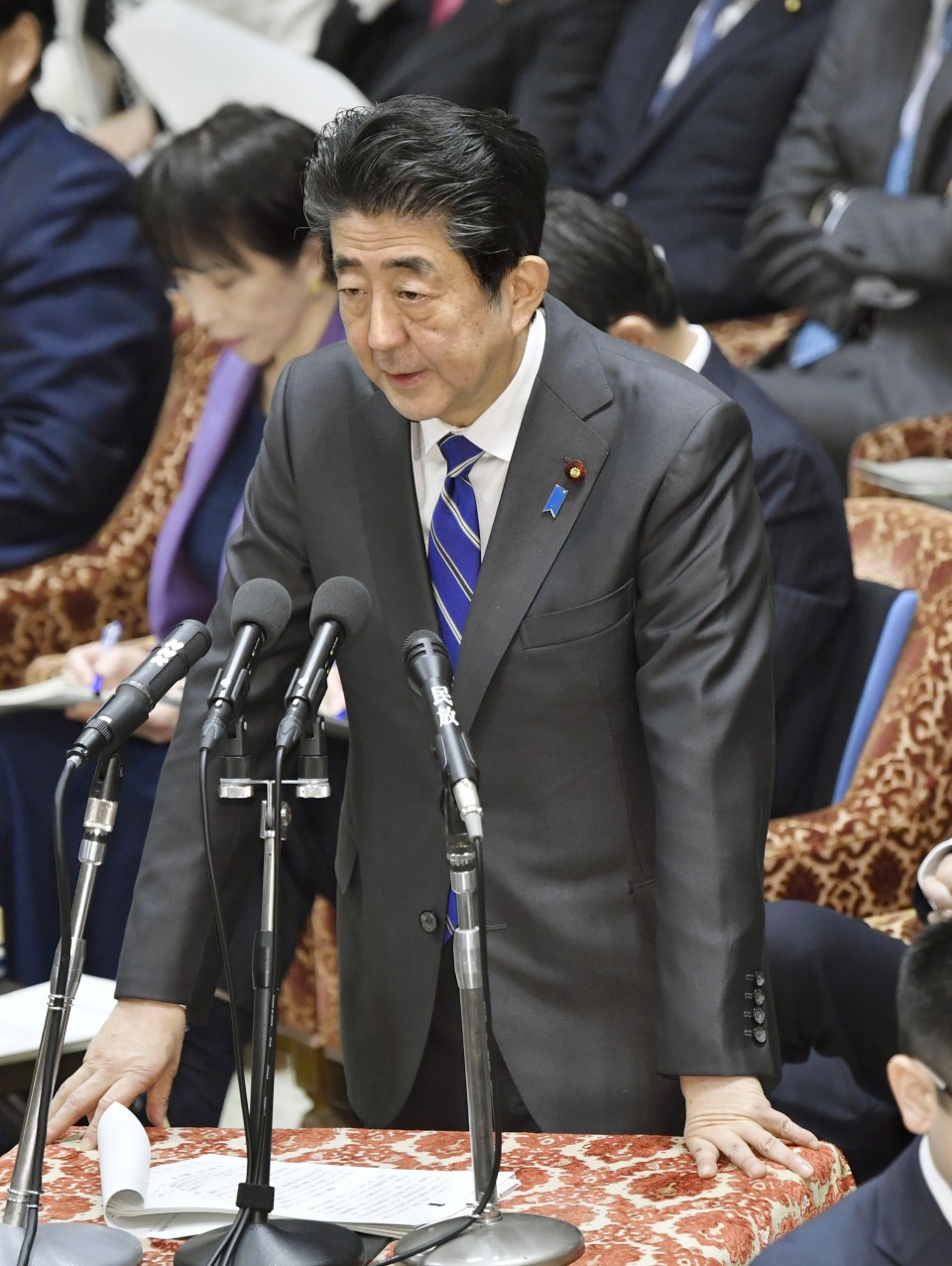 Olympic organizers and relevant sports associations will meet, possibly later this week, to discuss how to respond to the new coronavirus and other infectious diseases, according to Olympics minister Seiko Hashimoto.

On Saturday, an 80-year-old man from Hong Kong was diagnosed with the virus after his return there on the cruise ship from Japan.

The man flew to Japan from China on Jan. 17 and left Yokohama near Tokyo on the Diamond Princess cruise ship on Jan. 20 before arriving in Hong Kong on Jan. 25.

The increasing number of coronavirus infections, mainly in China but also in other parts of the world, has raised calls among ruling and opposition party lawmakers for the government to do more to protect the public.

"We've already embarked on development of a simple test kit," Abe said. "As cases of infection in Japan are rising, it's an urgent task to improve testing (for the virus) and enhance consultation services."

The comments came in response to Fumio Kishida, the policy chief of the ruling Liberal Democratic Party, who said that virus testing is currently conducted only at state-run or public institutions such as the National Institute of Infectious Diseases.

The government is attempting to make sure that people have access to medical services and supplies, including masks. Abe has instructed ministers to deal with the outbreak and its impact on the economy.

After the ship -- which can carry about 2,700 passengers and 1,100 crew members -- arrived at the port of Yokohama on Monday evening, a passenger told Kyodo News that it was announced the planned departure time from Yokohama would be delayed for 24 hours.

The cruise ship was quarantined when it stopped at a port in the Okinawa prefectural capital Naha on Saturday. But because the man was found to have been infected, the health ministry decided to do it again upon arrival in Yokohama, according to an official.

Since Saturday, Japan has been barring foreign nationals who have been to Hubei in the two weeks prior to their arrival, as well as holders of Chinese passports issued in Hubei.

A total of eight foreigners were denied entry over the weekend, Chief Cabinet Secretary Yoshihide Suga said, without elaborating.

The increase in infections has boosted demand for masks in Japan, leading the industry and health ministries to call on domestic manufacturers to increase output, Suga told reporters.

The death toll from the virus in mainland China has reached 361, topping that of the 2002-2003 SARS pandemic, according to the country's health authorities.