Most consumers to stay cashless when rebate program ends: survey

Over 86 percent of Japanese consumers plan to continue making cashless purchases even after the government's points-based rebate system concludes in June, a recent study by a Tokyo-based marketing research company showed.

Respondents cited convenience and credit card reward programs for their decision, according to an online study conducted by General Research Inc., which surveyed 1,060 cashless payment users in their 20s to 60s over three days from Jan. 16.

The Japanese government implemented the reward points program for cashless payments to encourage consumption and cushion the negative effects of its two-point sales tax hike to 10 percent last October. Rebate rates sit at 5 percent at small and medium-sized stores and 2 percent at major chain stores, including convenience stores.

The study found that credit cards are one of the most used forms of cashless payment overall, with the percentage of people choosing to use them increasing in line with the consumer's age. 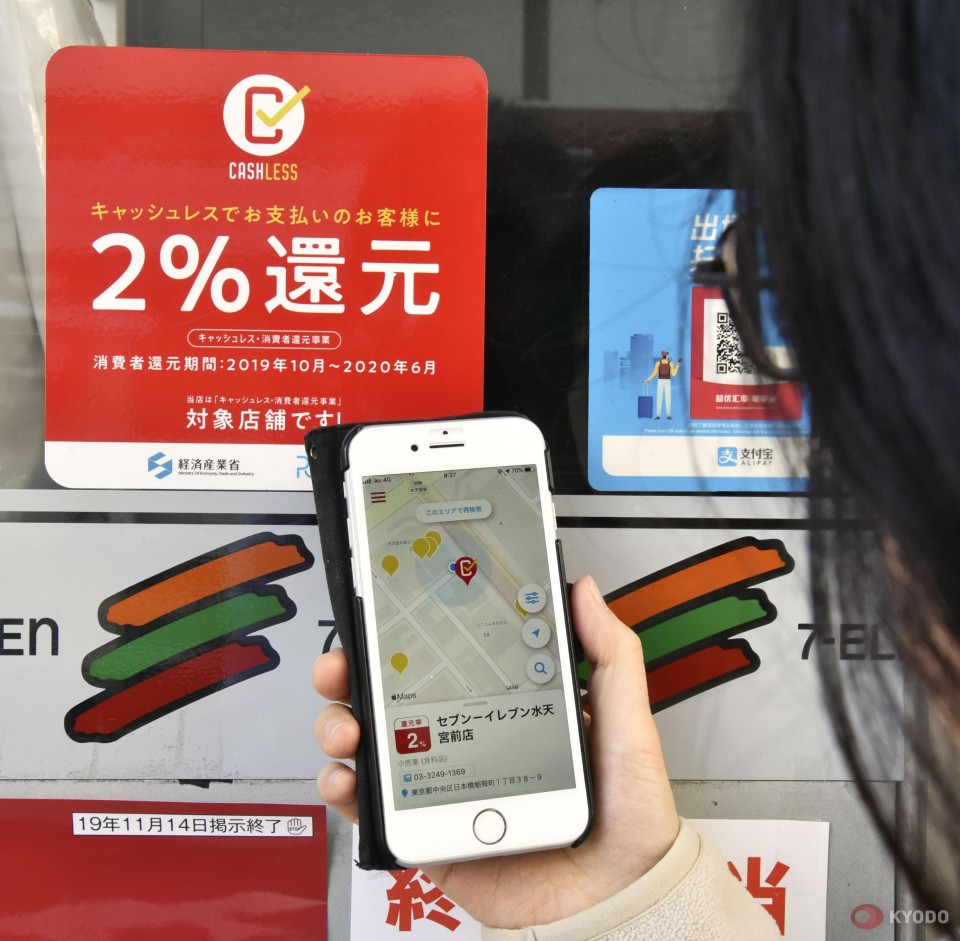 IC cards such as Suica and Pasmo commuter passes and smartphone payments are more popular among younger consumers, with about half of those in their 20s and 30s using such cards and a smartphone app.

Those from older generations are more likely to use credit cards due to the screening process required when issuing them, which likely accounts for the correlation between their use and age, General Research said in the report.

Conversely, younger generations are quicker in adopting mobile payments due to their familiarity with smartphones, it added.

The remaining 13.7 percent that indicated they would return to cash included those who said they switched to cashless just to take advantage of the rebate program, or found pulling up a mobile payment app too troublesome.

Some 31 percent said they feel uncomfortable about a cashless society. Of those, 43.3 percent cited concerns over data security, 19.8 percent about scams, and 16.5 percent worried they could struggle to control their spending.

Worshippers not buying cashless offerings at Japanese temples and shrines