The Olympics organizing committee and Tokyo metropolitan government said Wednesday they are making arrangements with train operators to offer special late-night train services for those watching the Summer Games between July 24 and Aug. 9.

In the metropolitan area, eight venues are scheduled to hold events lasting until 11 p.m. or later. Train and subway services will be extended on around 60 lines operated by 19 companies serving the area, they said. Timetables will be finalized around April.

In the seaside area where the Olympic venues are concentrated, the Rinkai Line will operate until around 2 a.m. The committee and the metropolitan government are considering asking railway operators to run extra trains during the daytime on certain lines where Olympic events are expected to cause congestion.

As for venues outside of Tokyo, the committee is considering having train operators extend service hours for those watching soccer matches at Sapporo in Hokkaido, Rifu in Miyagi Prefecture and Kashima in Ibaraki Prefecture.

As for the Paralympics, train hours will be extended by up to one hour on the day of the opening ceremony on Aug. 25 and closing ceremony on Sept. 9. 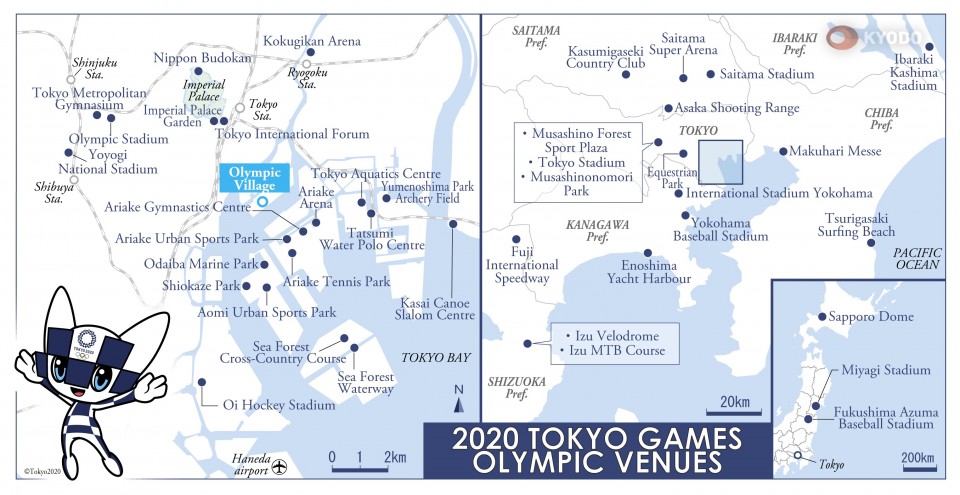