Prime Minister Shinzo Abe told parliament on Thursday the government will ask airlines to make announcements on flights from China urging passengers to notify cabin crew if they feel ill, as a new coronavirus continues to spread.

"We will make utmost efforts to prevent the spread of infections," Abe said.

Japanese carrier All Nippon Airways Co. said it has decided to cancel flights connecting Narita near Tokyo with the central Chinese city of Wuhan at the center of the virus outbreak for two days from Thursday, affecting around 280 passengers in total. The airline said it will decide whether to resume the flights Saturday or later depending on the situation in China. 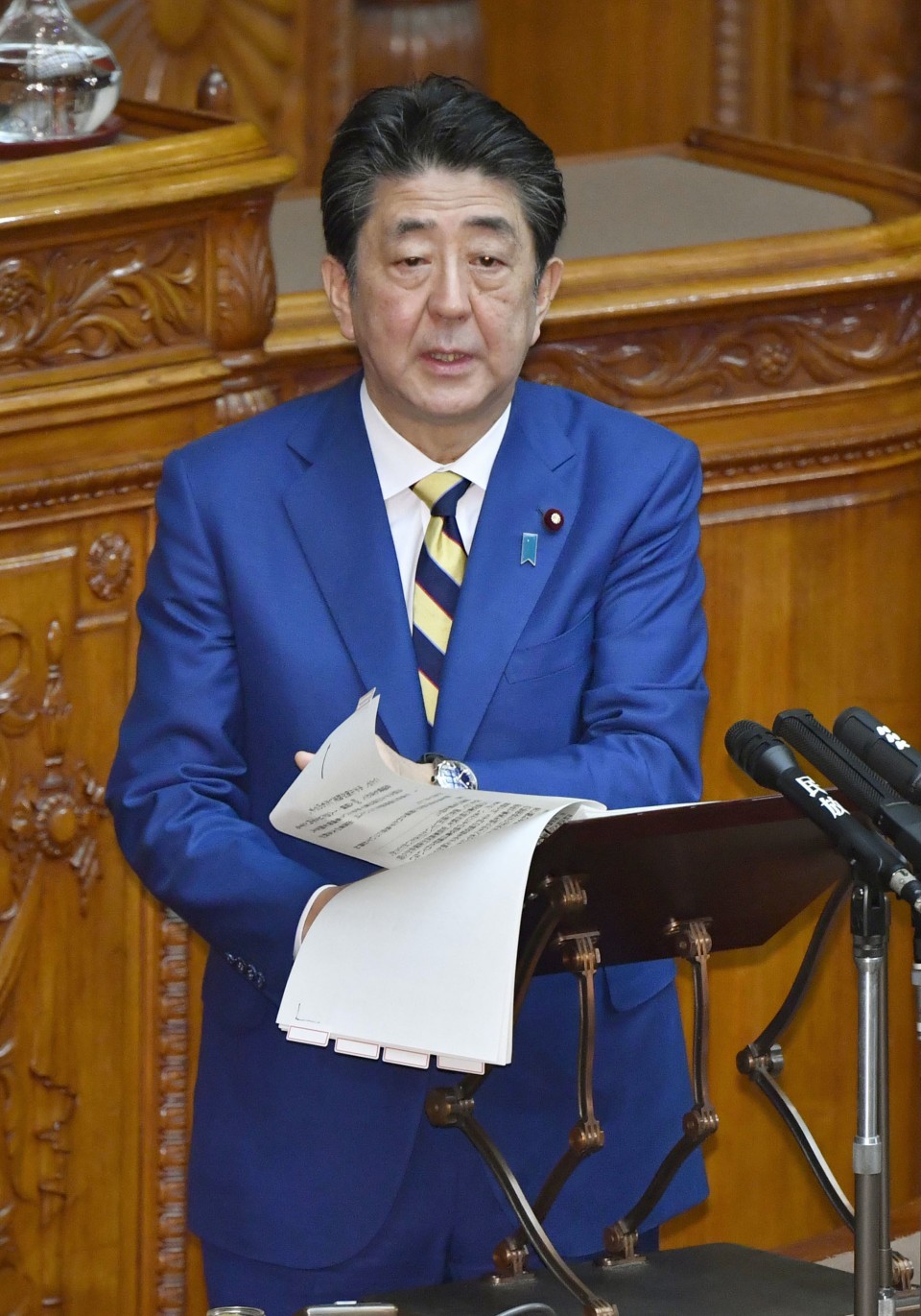 "Over there children aren't allowed to go outside, so I'm glad we were able to return as planned," Yosuke Aoki, a 34-year-old Japanese living in Wuhan who made a trip home to Japan with his family, said at Narita airport.

China's Juneyao Airlines Co. canceled flights between Kansai airport and Wuhan on Thursday, while Spring Airlines Japan Co. flight attendants on the route have been wearing masks and distributing them to passengers since Wednesday. 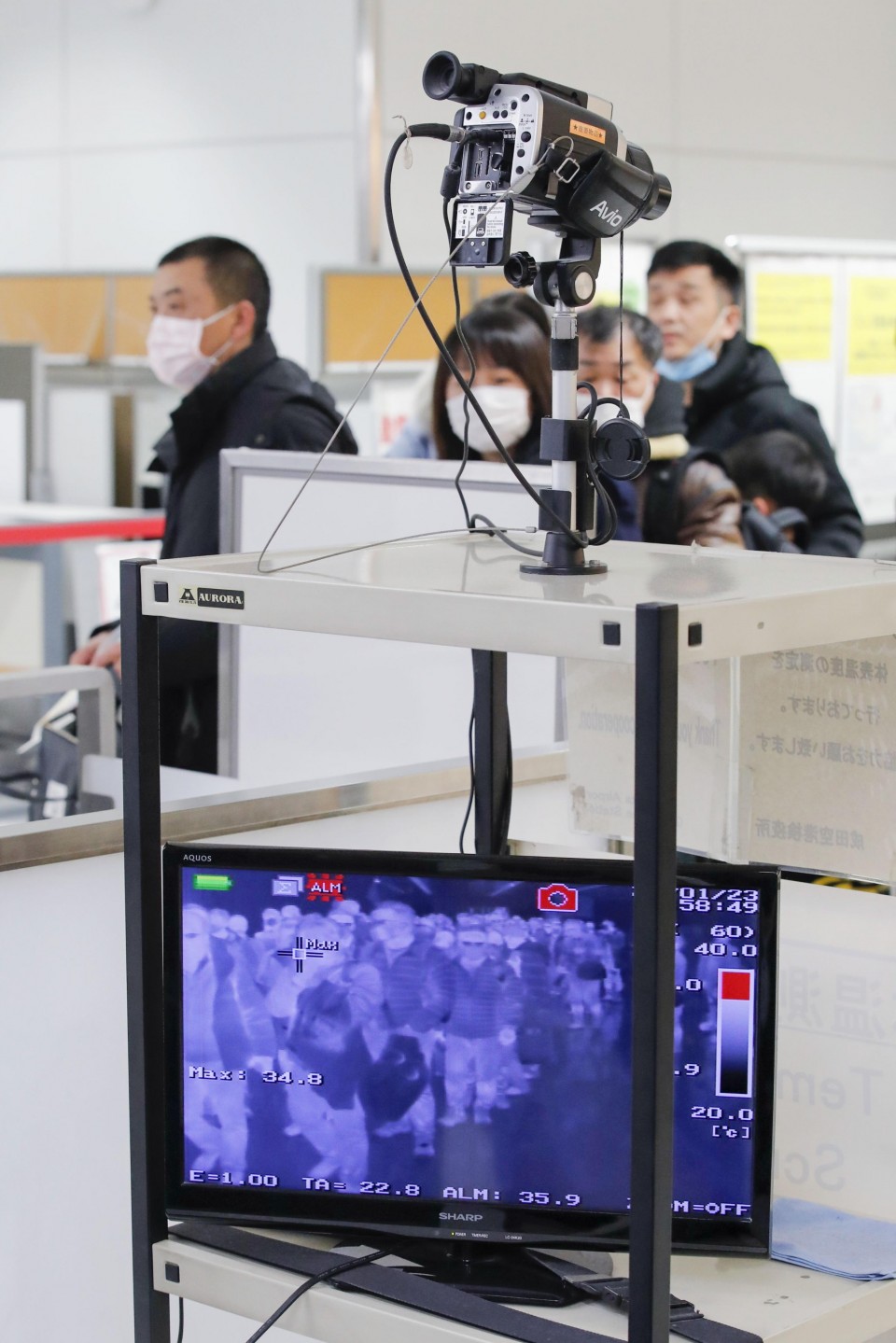 (Photo taken on Jan. 23, 2020, at Narita airport near Tokyo shows a thermographic monitor to check the body temperatures of passengers from China, especially from the central Chinese city of Wuhan, the epicenter of a pneumonia-causing new coronavirus.)

Japanese health minister Katsunobu Kato said the same day that samples collected to confirm infection will be tested not only at the National Institute of Infectious Diseases but at other government-authorized clinical laboratories across the country.

The virus continues to have an impact on a wide range of industries, with a JTB Corp. group company canceling all tours with Wuhan as the departure or destination point for February and March.

Auto parts maker Denso Corp., which has a vehicle software development center in Wuhan, on Thursday banned all its staff from traveling to the city.

MUFG Bank and Mizuho Bank, which have branches in Wuhan, have asked staff to refrain from taking business trips there, while Japanese telecom company KDDI Corp. has ordered staff at its Wuhan office to stay home.

According to Japan's Foreign Ministry, around 550 Japanese nationals are living in Wuhan. The Japanese Embassy in China is keeping residents up to date on the number of reported cases and local transport services via email, while also asking them not go outside unless absolutely necessary.

Unicharm Corp., Japan's largest maker of surgical masks, received 10 times more orders than normal from drugstores over two days from Jan. 16, the day after the first infected person in Japan was confirmed.

The company has decided to manufacture masks 24 hours a day throughout January.

The coronavirus appears to be spreading rapidly in China, with the country's authorities reporting at least 17 people died in Hubei Province and more than 570 people developed pneumonia. Cases have been confirmed elsewhere in Asia, including one in Japan, as well as the United States.

Many countries have been taking extra precautions ahead of the Lunar New Year holiday period from Friday to Jan. 30, when many Chinese are expected to travel abroad.