The plan reflects Guterres' desire to push the U.N. call for a "nuclear-free world" by using the opportunity of the event aimed at building a peaceful and better world through sport, the sources said.

Guterres is expected to deliver his message at the annual ceremony in Hiroshima on Aug. 6, marking the 75th anniversary of the 1945 U.S. atomic bombing of the western Japan city, before attending the Olympics closing ceremony three days later.

U.N. chiefs have attended the opening ceremonies of every Summer Olympic Games since the 1990s. But Guterres told Japanese officials at the U.N. General Assembly in New York in December that he hopes to attend the ceremony in Hiroshima and the closing ceremony in Tokyo, the sources said.

While Japan is basically supportive of Guterres visiting Hiroshima, the sources added some officials of the Tokyo Olympics organizing committee believe he should follow precedent and attend the opening ceremony on July 24. 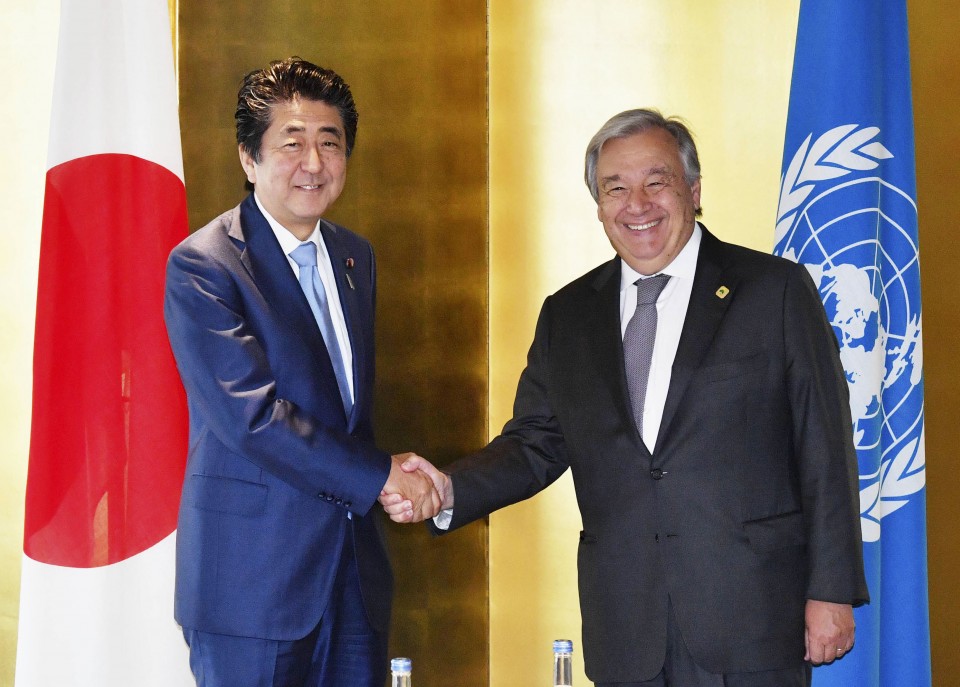 Guterres would be the second U.N. secretary general to attend the atomic bomb anniversary ceremony in Hiroshima, after Ban Ki Moon in 2010.

In August 2018, Guterres became the first U.N. chief to attend the anniversary ceremony for the atomic bombing of Nagasaki, which took place three days after the attack on Hiroshima.

In his speech during that ceremony, he called on all countries to commit to nuclear disarmament and make "visible" progress with urgency.

International Olympic Committee President Thomas Bach is also planning to visit Hiroshima in May when the torch relay passes through the city.