Eight people including Taiwan's top military officer were killed and five others injured after a helicopter carrying the 13 crashed in a mountainous area of New Taipei City on Thursday morning, the Defense Ministry said.

Air Force Gen. Shen Yi-ming, who served as the military's chief of general staff, was among those killed in the crash involving the UH-60M Black Hawk, the ministry said. He was reportedly Taiwan's highest-ranking military official to die during official duties.

The helicopter was heading to a military base in the island's northeast from the capital Taipei for a pre-Lunar New Year inspection when it disappeared from radar and made an abortive forced landing, according to Taiwan's Central News Agency. 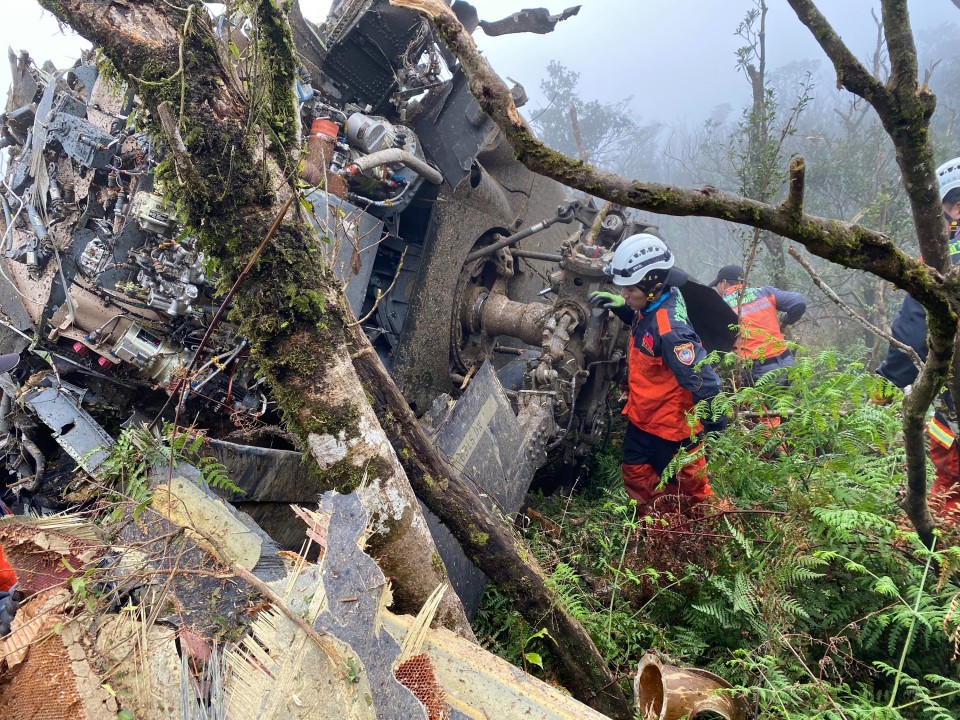 Two major generals, one major and the helicopter's two pilots were among the dead, while the survivors included two lieutenant generals, a major general and a reporter, according to the agency report.

The accident occurred slightly over a week before Taiwan's presidential election on Jan. 11, in which Tsai Ing-wen is seeking re-election and, according to the latest polls, leading her main rival by a double-digit margin.

Tsai ordered Defense Minister Yen De-fa to make an all-out effort to get to the bottom of the accident and make sure it will not affect the island's defense.

Tsai's campaign said the ruling Democratic Progressive Party candidate will suspend her election activities until Saturday, while the campaign for her main rival, Han Kuo-yu of the main opposition Nationalist Party (KMT), canceled plans until Friday.

Maj. Gen. Huang Chih-wei, inspector general of the Air Force Command Headquarters, told a press conference earlier in the day that the chopper took off from Songshan Air Force Base in Taipei at 7:54 a.m. and contact with it was lost at 8:07 a.m.

Huang said the plane was forced to make an emergency landing.

Weather was unlikely to be the reason as the pilot reported in his last contact with the base that visibility was clear, the officer added.

Taiwan has purchased 60 UH-60Ms from the United States. The Army has a fleet of 30 of the helicopters, while the National Airborne Service Corps and the Air Force both have 15.

The helicopter that came down Thursday had been in use since July 2018, according to local media.

In February last year, a UH-60M of the National Airborne Service Corps crashed three minutes after taking off from an airport on Orchid Island off the southeastern coast of Taiwan while conducting a search and rescue operation, killing six people aboard.

Taiwan and mainland China have been governed separately since they split amid a civil war in 1949. Beijing considers the island a breakaway province that must be reunited with the mainland, by force if necessary.