Panasonic made it three bonus-point wins from as many games as they thrashed the newly promoted Dynaboars 62-10 at Sagamihara Gion Stadium with Iori Kaji bagging a hat-trick of five-pointers and David Pocock and Shota Horie also among the try scorers.

The win sees Robbie Deans' team on 15 points following three rounds of action in the league, which will be won by the team topping the standings in May after 15 games.

Toshiba were indebted to their foreign contingent with South African Coenie van Wyk grabbing a first-half hat-trick of tries and former All Blacks Richard Kahui and Matt Todd also crossing the whitewash as they beat Honda 32-23 at Paloma Mizuho Rugby Stadium in Nagoya. 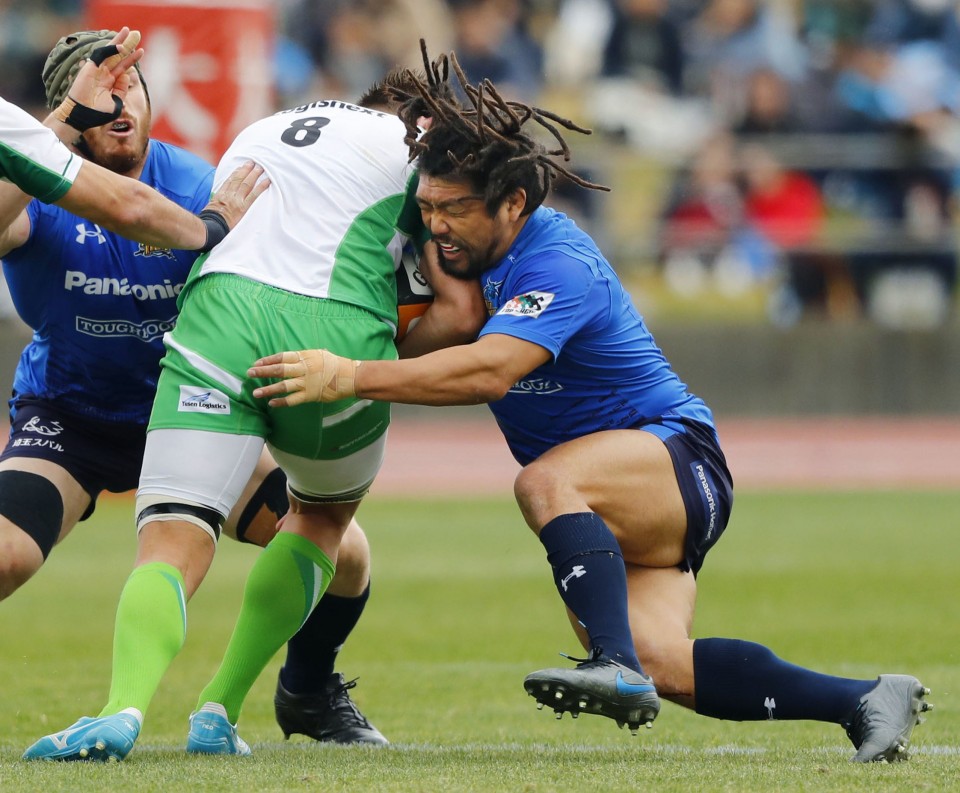 Argentina international Santiago Gonzalez Iglesias marked his Top League debut with seven points from a penalty and two conversions and Benjamin Ray Yagi weighed in with a brace of five-pointers as Munakata Sanix Blues defeated NTT Docomo Red Hurricanes 49-19 for their second win of the fledgling campaign.

Japan international Uwe Helu crossed twice and Kwagga Smith, a member of the South Africa squad that won last year's Rugby World Cup, made it three tries from as many games as Yamaha Jubilo beat Ricoh Black Rams 38-0 for their second victory of the season.

Australia flyhalf Bernard Foley scored a try two minutes from time that he then converted, and there was also a first TL try for former All Black Ryan Crotty as Kubota Spears beat NTT Communications Shining Arcs 28-27.